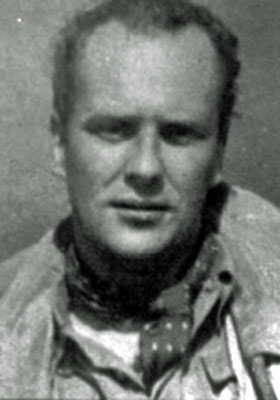 < = expand >
The background of Alfred William Alexander Bayne is currently unknown but he joined the RAF on a short service commission and began flying training in June 1936. On 5th September he went to 10 FTS Tern Hill and after completing the course he was posted to 54 Squadron at Hornchurch on 24th April 1937.

He was posted to 17 Squadron on 8th June as a Flight Commander. On 29th July he shared a He111, on 25th August he claimed a Me109, a probable Me110 and shared a second. On this day Bayne was himself shot down in combat. He baled out and was rescued from the sea, unhurt. His Hurricane, V7407, crashed off Portland.

On 8th November 1940 Bayne led 17 Squadron against a force of heavily-escorted Ju87's which were attacking destroyers east of Clacton. In the action he shot down one Ju87 and probably a second. Bayne claimed a Me110 shot down and one damaged on the 17th and a Do17 damaged on the 21st.

On 7th July 1941 Bayne was given command of 132 Squadron, about to be formed at Peterhead with Spitfires. He relinquished this command in February 1942 when he was posted to the Far East. In May Bayne took command of 30 Squadron at Ratmalana, Ceylon and led it until February 1943, when he took over 136 Squadron at Chittagong.

On 15th March 1943 Bayne claimed an Oscar and on 4th April he probably destroyed another.

His tour ended in May 1943 but his subsequent service is currently undocumented until 1946 when he was released from the RAF as a Wing Commander.