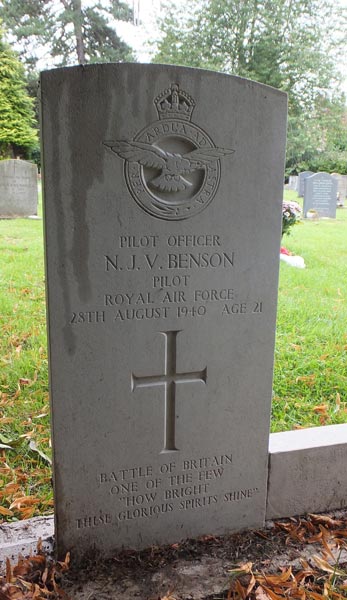 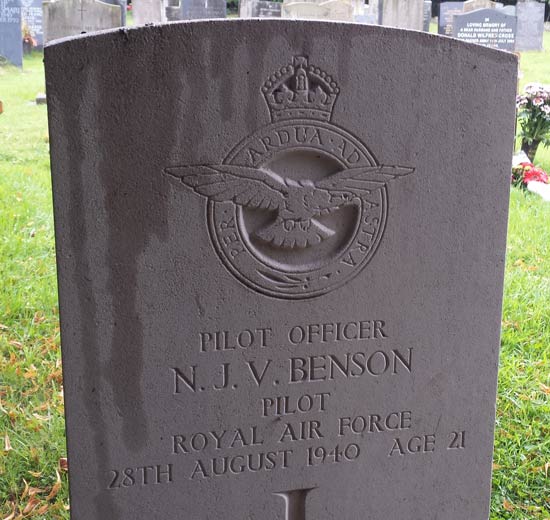 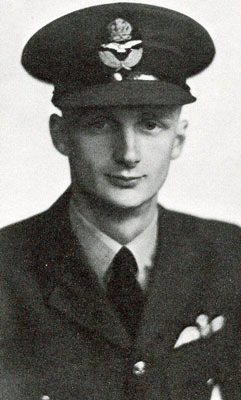 After the outbreak of war Cranwell cadets who had not completed their courses were enlisted in the RAF on 7th September 1939 as Airmen u/t Pilots and each given an airman number. Benson graduated from Cranwell on 23rd October with a permanent commission.

He immediately went to 11 Group Fighter Pool St. Athan, converted to Blenheims and joined 145 Squadron at Croydon on 30th October.

On the 23rd he shared in the destruction of a Do17. His Spitfire, N3229 was hit by return fire and his starboard undercarriage leg collapsed on landing and the aircraft tipped over.

On 27th August 603 went south to Hornchurch. On the following day Benson was shot down by Me109's (Spitfire N3105 XT-P) and killed when he crashed in flames on Great Hay Farm, Leigh Green, Tenterden, Kent.

He was 21 and is buried in the extension to Great Ouseburn (St. Mary) Churchyard - Sec. L. Grave 3.