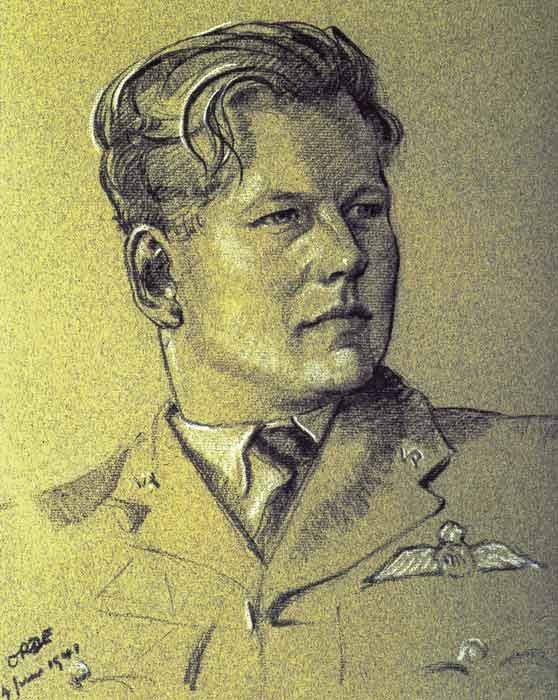 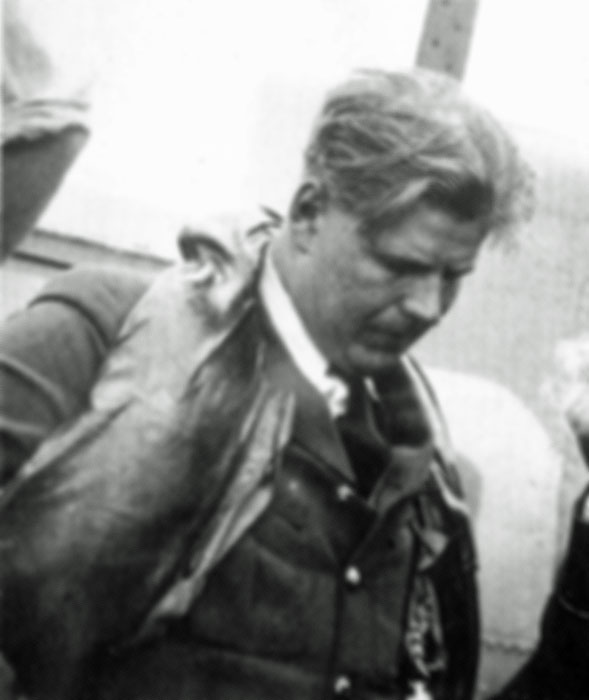 < = expand >
John Derek Bisdee was born at Weston-super-Mare on 20th November 1915 and educated at Marlborough College. He was awarded an Exhibition at Corpus Christi College, Cambridge. Afterwards he went to Spain to learn the language, only to be evacuated on the outbreak of the Spanish Civil War. He became a management trainee with Unilever.

A member of the RAFVR from July 1937, he was called up on 1st September 1939. After completing his training he was commissioned on 1st December, joining 609 Squadron on the 26th. Bisdee was still with 609 at the start of the Battle of Britain. On 18th July he shared in damaging a He111, on 11th August he claimed a Me110 destroyed, on the 25th another damaged, on 7th September a Me110 destroyed and another damaged, on the 26th a He111 probably destroyed, on the 27th he shared a Me110, on the 30th probably destroyed a Me109 and on 7th October shot down another Me110.

He was next given command of 601 Squadron on 10th March 1942. On 20th April he led twelve 601 Spitfires off the US aircraft carrier Wasp, off Algiers, to fly to Malta. The next day, flying from Malta, Bisdee destroyed a Ju88 but was then jumped by Me109’s and shot down. Baling out, he discovered that his parachute harness had been damaged and he was being held by one leg strap. Once in the sea he extricated himself and managed to inflate his dinghy. A six mile paddle took him back to Malta where he then unknowingly walked through a mined beach. On 10th May 1942 Bisdee shot down a Cant 1007 and next day he probably destroyed a Me109.

In 1943 he was appointed Military Governor of Lampedusa. Returning to North Africa, Bisdee trained Free French pilots at Bone. Later, after a brief spell in Corsica, he was on the staff of 323 Wing in charge of night-fighter personnel in Italy. Bisdee was made an OBE (gazetted 14th June 1945) and released from the RAF in 1945 as a Group Captain.

After the war Bisdee returned to Unilever and rebuilt their networks in France and Italy. In 1951 he was appointed sales director of D&W Gibbs, the toothpaste makers, later becoming chairman. He retired in 1977.