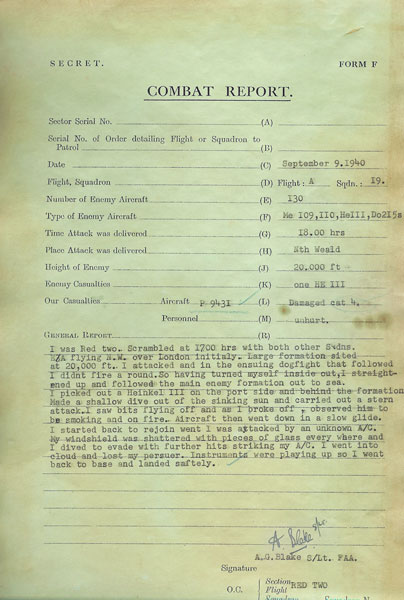 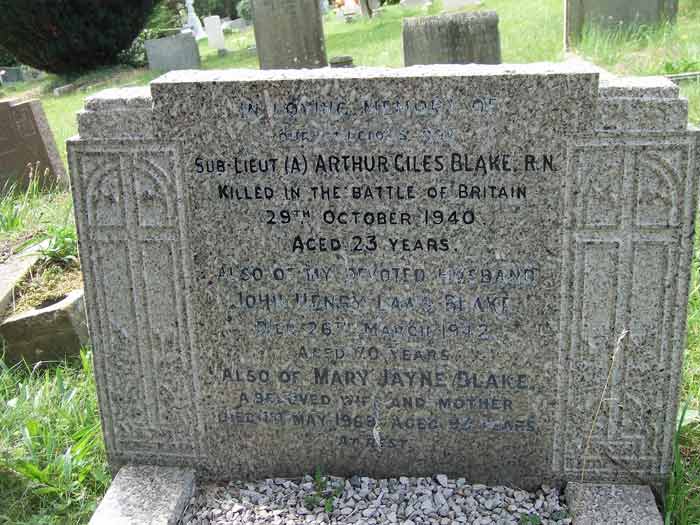 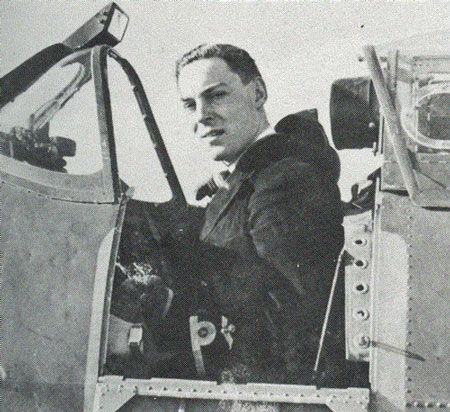 < = expand >
Arthur Giles Blake was born in 1917 in Northumberland and educated at Slough Grammar SchooL He passed through the Royal Naval College, Greenwich and joined the Fleet Air Arm, gained his wings in January 1940. His first posting was HMS Daedalus, a shore station at Lee-on-Solent in Hampshire.

On 15th June 1940 he was one of the FAA pilots attached to the RAF and he first attended 7 OTU, Hawarden, to convert to Spitfires. On 1st July 1940 Blake joined 19 Squadron at Duxford, where his colleagues gave him the nickname 'Admiral'.

Blake was acting as weaver during a patrol over South London on 29th October 1940, when he was shot down and killed, probably picked off by a Me109. His Spitfire, P7423, flew on for some time before crashing in London Road, Chelmsford.