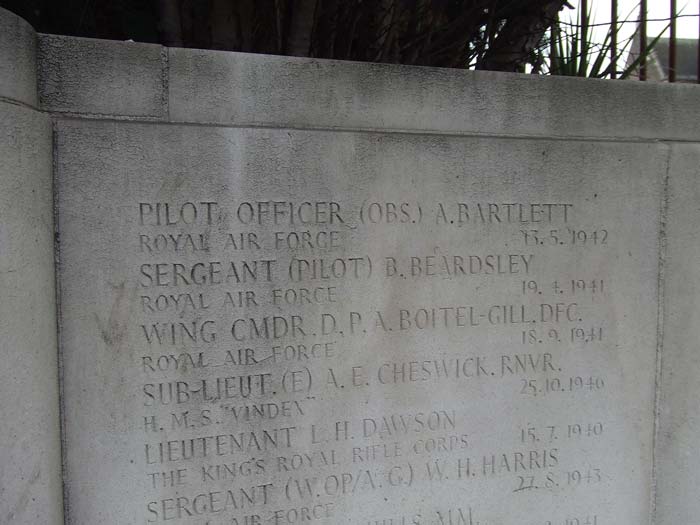 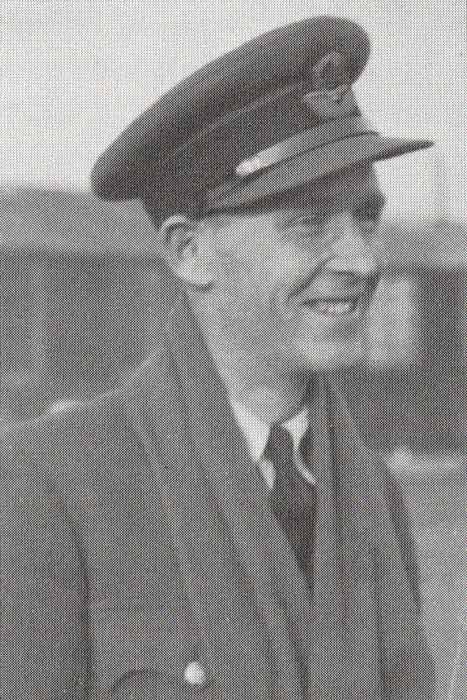 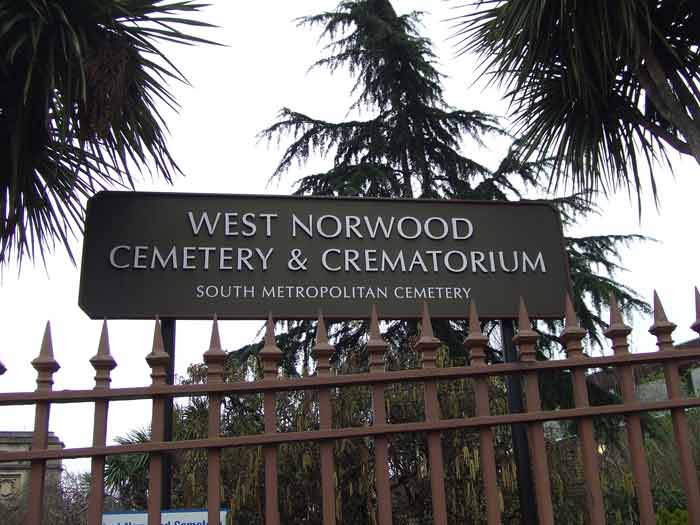 < = expand >
Derek Pierre Aumale Boitel-Gill was born in 1911 at Thames Ditton and educated at Milbourn Lodge School and Steyne School, Worthing. He joined the RAF in 1929, went to 5 FTS, Sealand and joined 3 Squadron at Upavon on 9th September 1930. He went on to the RAFO in 1934.

Sometime personal pilot to the Nizam of Hyderabad, Boitel-Gill went on to serve as a pilot with Imperial Airways.

He was recalled to the RAF in April 1940 and joined 152 Squadron at Acklington as a Flight Commander. On 5th May Boitel-Gill was posted to 5 OTU Aston Down. After he had converted to Spitfires he was retained to assist in instructing new pilots on Defiants and did not rejoin 152 Squadron until 27th July 1940.

On 18th September 1941 Boitel-Gill was killed, the manner of his death was only recently (2015) discovered when the diary of Plt Off Dennis Fox-Male was examined:

....there was Derek Boitel-Gill who died so tragically at Crosby where we instructed pupils on Hurricanes.
He was giving practice to the gunners on the gun posts round the airfield - a daily duty which we took in turn. Cloud base was about 600 to 800 feet. He was diving on the gun posts, flying low on the runway then climbing up into the cloud where he did a stall turn and came down in a dive again.

The dive was steep and he flattened out at about 5 or 6 feet above the ground but poor Bottle (sic) forgot that a Hurricane still sinks after the stick is pulled back hurriedly even if it is in a level or even climbing position. A Spitfire never behaved in this way, but Boitel left his pull out too late, the Hurricane sank and hit the ground.

He was thrown out and killed.