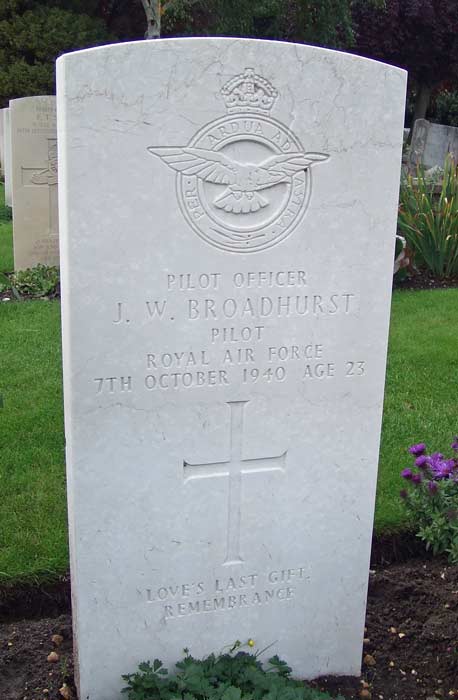 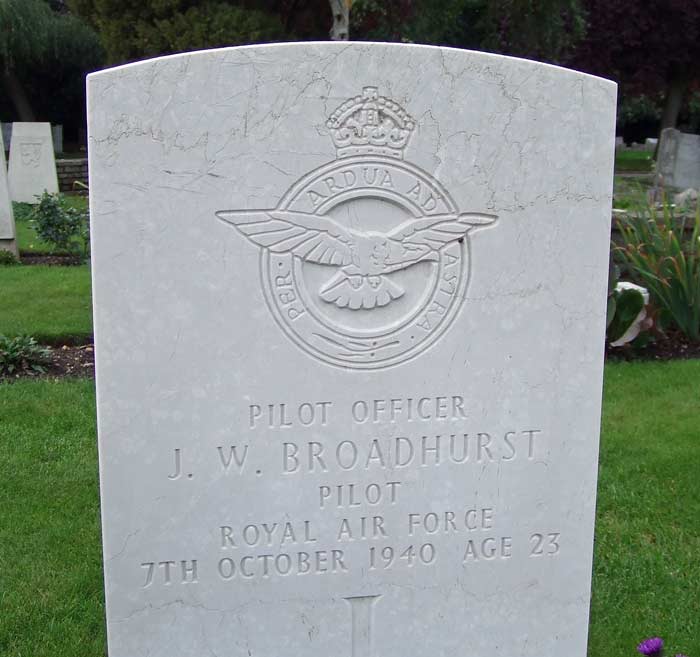 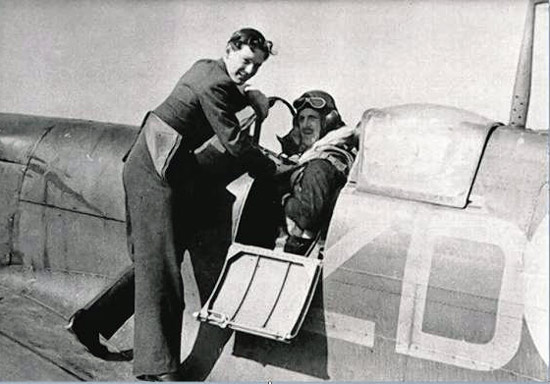 < = expand >
John William Broadhurst, from Crayford, joined the RAF in January 1939 on a short service commission. He did his elementary flying at 11 E&RFTS Perth and in April went to 2 FTS Brize Norton.

He was posted to 222 Squadron at its reformation at Duxford on 5th October 1939. Initially equipped with Blenheims, the squadron received Spitfires in March 1940. On 29th May, after a patrol over Dunkirk, Broadhurst failed to find Hornchurch in bad visibility, ran out of fuel and crash-landed.

He was shot down on 7th October 1940 during an attack on enemy bombers. He baled out but fell dead at Longhurst.