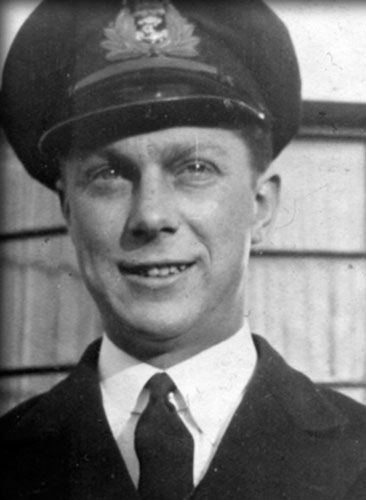 On 25th June 1940 he was attached to Fighter Command and went to 5 OTU Aston Down where he converted to Spitfires. On 6th July he was posted to 263 Squadron at Grangemouth, moving to 219 Squadron at Catterick on 10th July.

Another move, this time to 245 Squadron at Turnhouse, came on 12th July.

With 245 Bryant flew Hurricanes for the first time. He made two local flights on 13th July in Hurricane P3549. Bryant took part in a patrol on the morning of 15th July and on the evening of that day he was involved in an action in which a Do17 was damaged.

On 20th July Bryant moved to 760 Naval Air Squadron at Eastleigh. He later served with 807 Squadron, operating Fulmars, aboard HMS Furious and at HMS Wara at Takoradi on the Gold Coast where aircraft were assembled and flown to Egypt via Sudan.

He went on to serve with various squadrons in Egypt, Crete and the UK. From July 1944 to early 1945 he was in Ceylon. Bryant took command of 808 Squadron on HMS Khedive in June 1945 and flew in attacks on Sumatra and the liberation of Malaya.

Bryant remained in the Navy after the war, transferring to the Ordnance Department in 1946. He was second in command of the gunnery range at Pendine Sands, South Wales.

He retired from the Navy in 1960 with the rank of Commander and became a senior executive or director with a number of companies including Ford and Mercedes Benz.