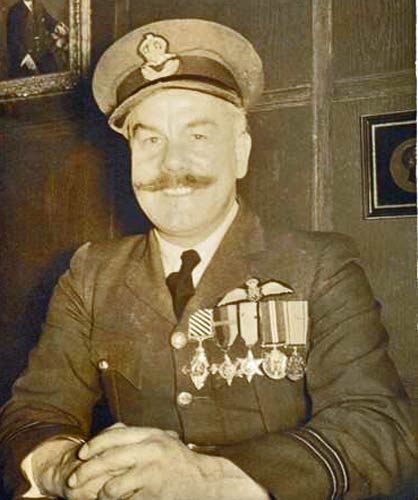 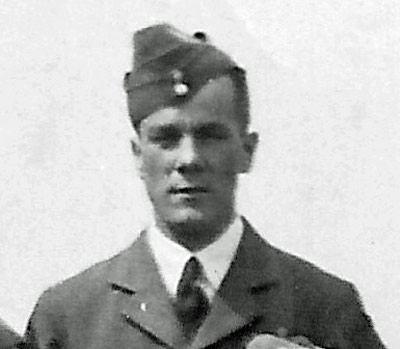 < = expand >
Robert Albert Carr-Lewty was born at Bradford, Yorkshire on 6th July 1911 and educated at Carlton Grammar School, Bradford and Edinburgh University. In January 1936 he joined the RAF on a direct-entry pilot scheme.

He did his elementary flying at 6 E&RFTS Sywell and completed his training at 4 FTS Abu Sueir, Egypt.

Carr-Lewty qualified as a Sergeant-Pilot/Navigator in August 1936 and was posted to 107 Squadron at Andover in December. He moved to 41 Squadron at Catterick in October 1937. During Dunkirk and the Battle of Britain Carr-Lewty flew over 100 operational sorties, claiming a Me109 destroyed on 29th July and probably destroying another on 5th September.

In December 1940 he was posted to 15 EFTS Kingstown as an instructor, commissioned in June 1941 and in December he went to the staff at 5 FIS Scone, moving to 10 FIS Woodley in August 1942.

Carr-Lewty was recategorised A1 on all types in November 1943. He was offered the post of CFI to the Royal Turkish Air Force in 1944 and CFI of the Free French Flying Instructor's School in 1946 but he declined both. He was awarded the AFC (gazetted 1st January 1945) and left the RAF at his own request in 1946.

He was an avid birdwatcher and in 1943 he wrote 'The aerodynamics of the drumming of the Common Snipe for British Birds.

After leaving the RAF, Carr-Lewty became the Principal of Teeside flying club based at Greatham, Durham (formerly RAF Greatham). Later, he owned and developed a bakery in Hull which he subsequently sold to finance his studies to qualify as a doctor.

In 1958 Carr-Lewty went up to Edinburgh University Medical School where he qualified as MB ChB in July 1964, at the time the oldest student to qualify as a medical doctor. He became a General Practitioner in Scarbrough where he was the doctor on call for the Grand Hotel and later served as the Medical Officer at RAF Topcliffe and RAF Fylingdales.

He was supported throughout by his devoted wife Maisie who he married in 1938. He died on 4th March 1994.