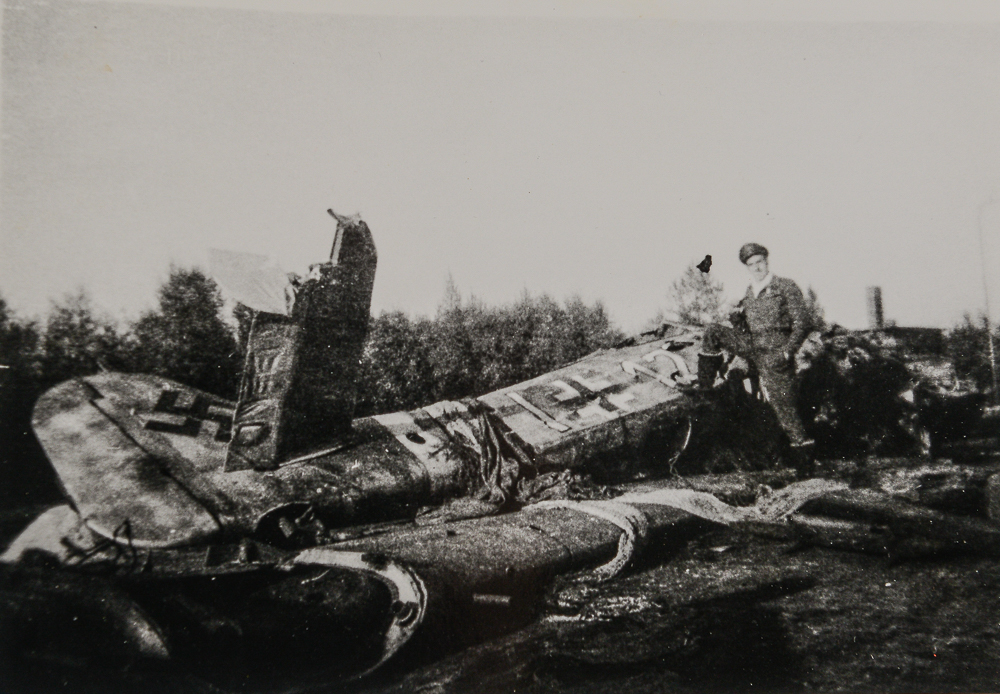 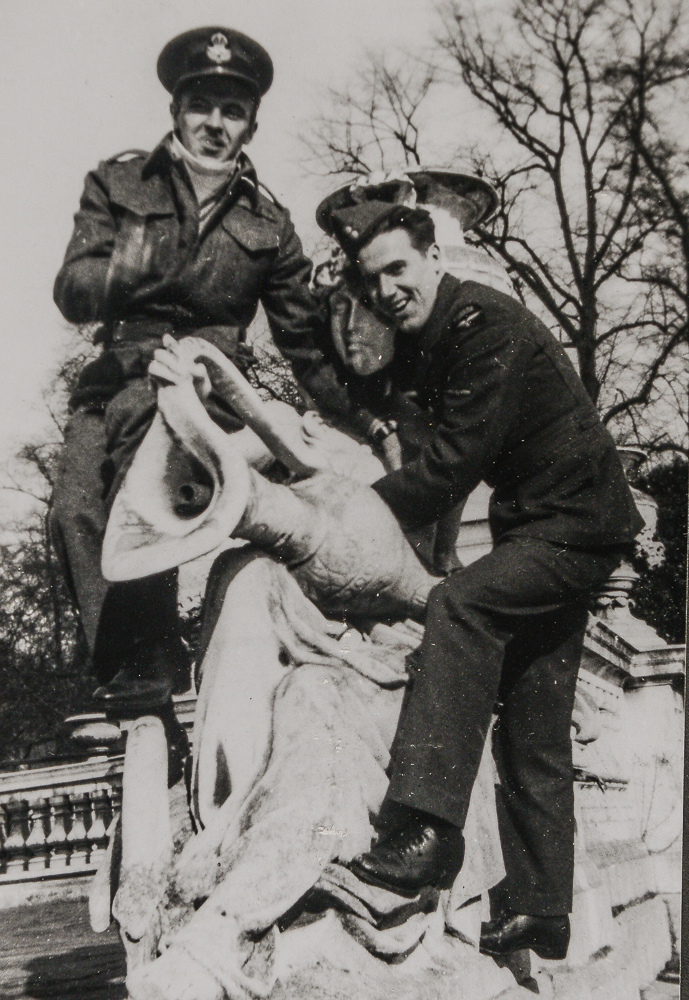 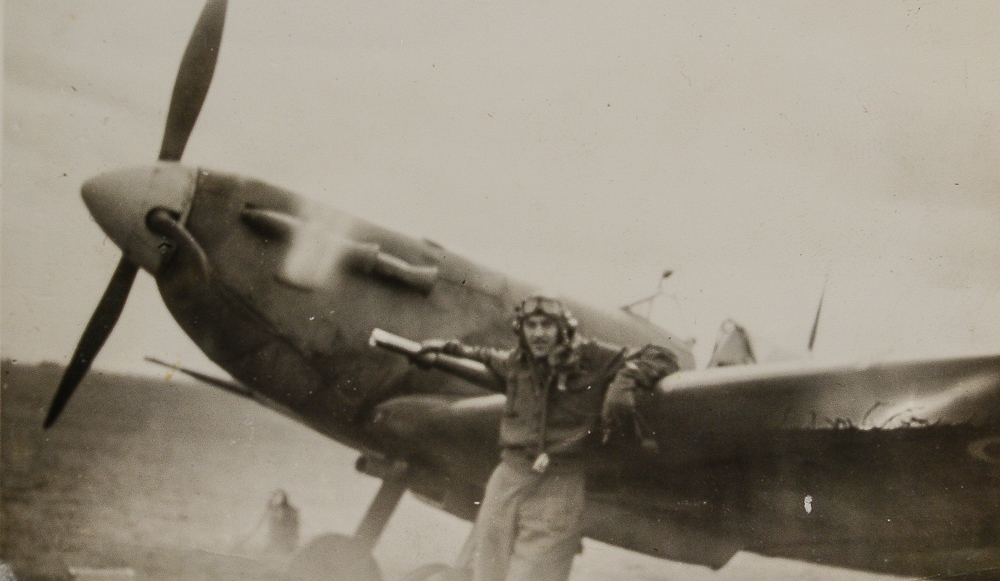 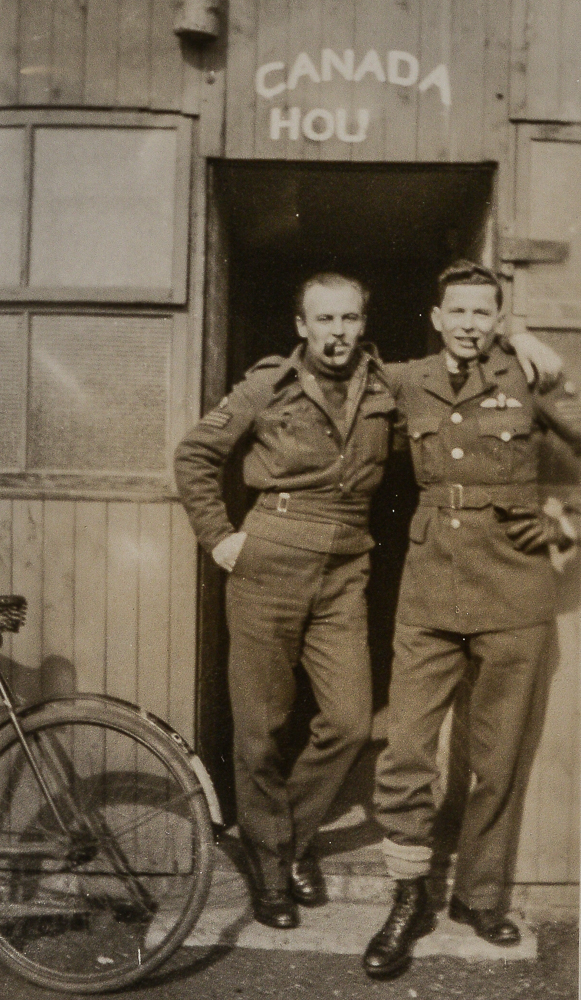 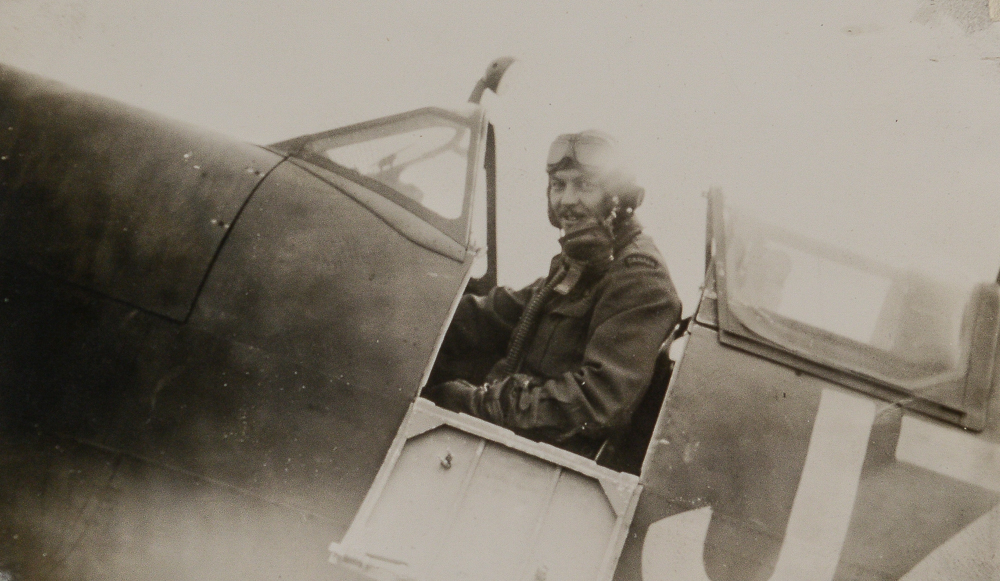 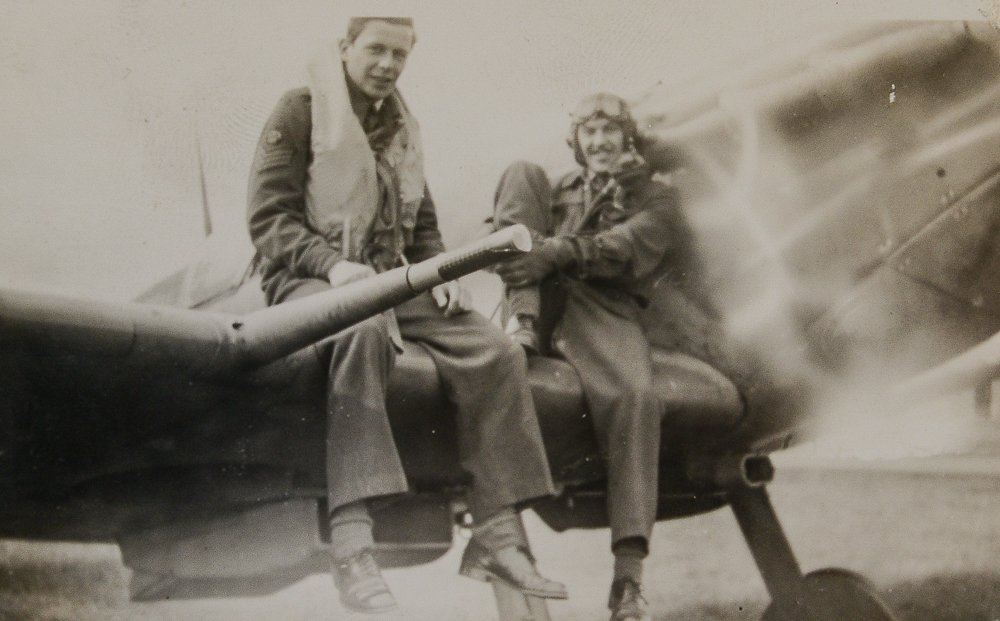 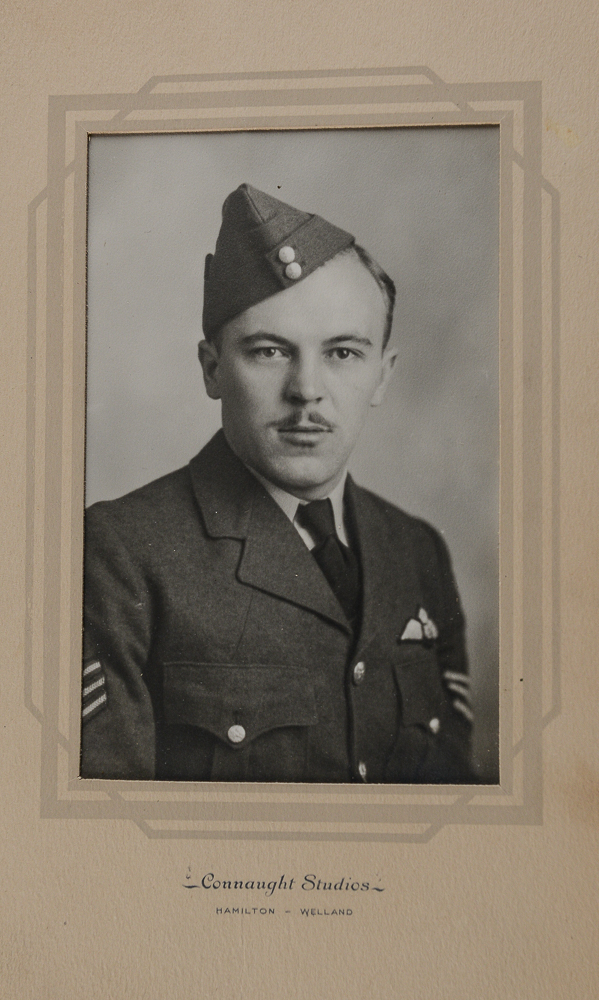 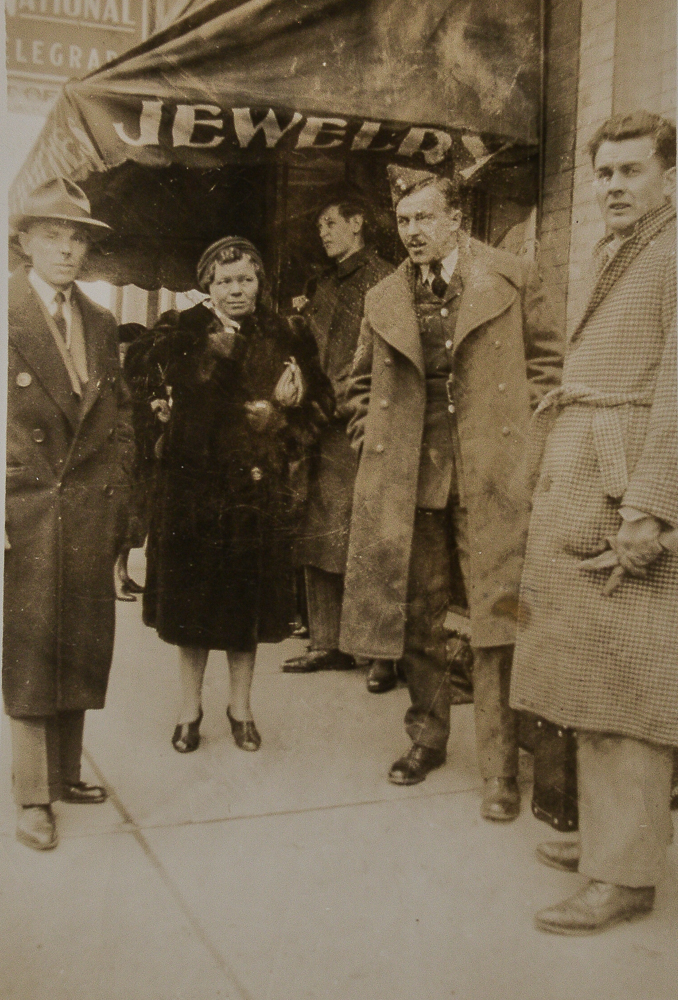 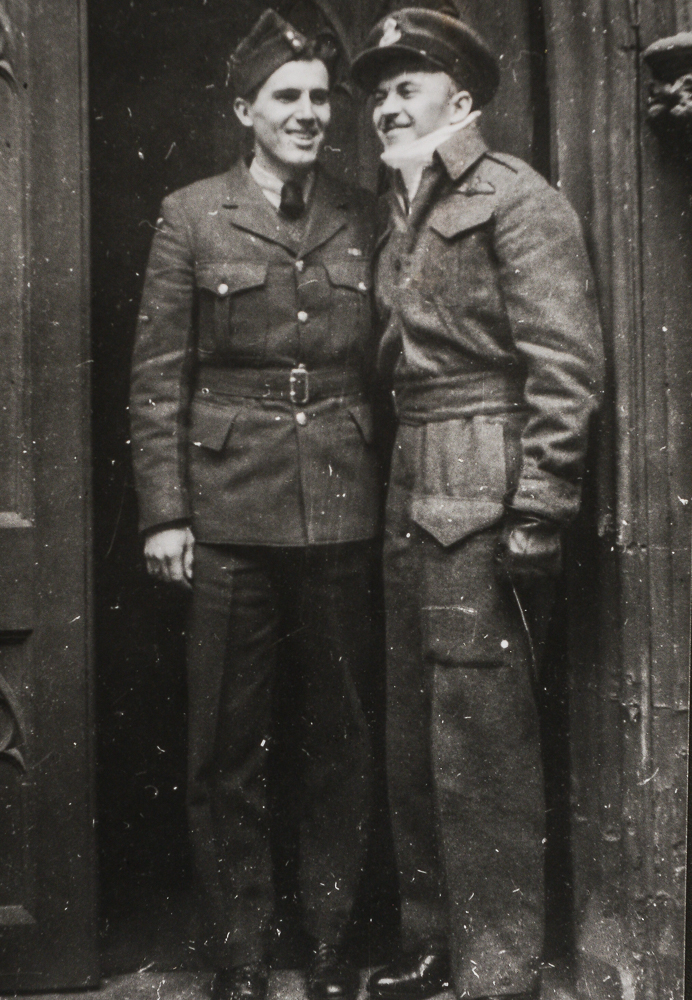 < = expand >
J.G.M. Patus was hit by friendly fire around Christmas 1944 (post D-Day) in Belgium who along with fellow pilot Beasley (KIA) crashed. 5 aircraft were hit on this Christmas Eve, and, the two mentioned crashed almost immediately. His record says "evaded" however, while true, the story is not your typical evasion. He survived the war after recovering from his injuries. Images provided here were provided to this site from Sgt. Patus' son, who also provided the additional information on the crash landing.

"The next important operational activity was on Christmas Eve when the Oshawa Squadron, led by F/L Russell, did a patrol and ran into intense light flak. Five aircraft were hit and two pilots, F/O J. R. Beasley and Sgt. J. G. M. Patus, failed to return. The latter was subsequently reported safe in England. Two other pilots had to crash-land."

editor's note 1: The story of Sgt. Patus' crash is detailed in the book "The Canadians - SPITFIRE", and, it goes something like this. Mr. Patus was interviewed for it at the family home by the author. After being hit by flak, Patus was forced to crash land at high speed, at 300 mph on a rocky field. His aircraft was torn to pieces, and only the cockpit survived intact as one piece, upside down, with him in it. This was Christmas eve. He hung upside down, with injuries, half-dead for two days until an American G.I. poked his head into the wreck to find him still alive. During his interview, he mentioned he had severe amnesia after the accident, in fact, in looking back at it, was amazed he once flew the Spitfire, having few recollections of the accident or some of his previous flight experience.

editor's note 2: It's possible two things saved Patus (apart from a sturdy cockpit). One, that the wreck looked like no one could survive it, being in pieces and strewn about. Having landed in enemy territory, he may simply have been presumed dead. Or possibly, he was inspected by the enemy, and, left alone to die. The other that may have saved him; Christmas itself. Perhaps fewer patrols would have been moving on Christmas day, but certainly by boxing day (did they have that then), the Americans had already pushed through to his location. He was sent back to Canada in a complete body cast with broken neck, on the Queen Mary (Hospital Ship).

In two of the attached pictures (with friend Martin Turchan from Port Colborne Ontario, also with RCAF) Jack (John) Patus can be seen with a neck brace, these two images are believed to be taken post crash, after his return to England. All the images shown are courtesy of Sgt. Patus' son John Patus. Many thanks to John for providing detail on his father's service.

The following is a quote from F/O Patus' obituary;

"After the war, he got a job as a mining engineer in northern Ontario where he met his wife, Iris. They were married and returned to Welland where he worked as a purchasing manager. John was an avid golfer and enjoyed donating his time helping minor hockey."

Editor's note 3 (founder of this site):

On a personal note, Patus was a friend of my uncle Martin Turchan (RCAF), and, my father (younger), from within the Slovak community in the Niagara Ontario area of Welland and Port Colborne.

My father Bill Turchan is a retired school teacher (Phys Ed.) and recalls during visits back to the region, would from time to time share Slovak culture (like sausage making) and a shared interest in hockey, with Mr. Patus.

related activity by 403 - is Patus in pic top middle?

Malmedy on 17th Dec was the site of a massacre of US Army POWs, per the link http://ww2today.com/17-december-1944-kampfgruppe-peiper-massacre-us-troops-at-malmedy, it is fortunate that Patus was not found (or perhaps was presumed dead) by SS troops operating in the area
reply
by: kurtis Recovery time in question 2018-01-15 22:22:54

The page above at at (clarencesimonsen) https://clarencesimonsen.wordpress.com/2017/09/27/the-making-of-a-wwii-rcaf-spitfire-pilot-part-four/ mentioned Patus returned to action after his crash (in Jan), however, this has to be confirmed as family reports indicate a much longer recovery. Additionally, this link describes the flak as German, wheras other reports confirm it was American.
reply
post