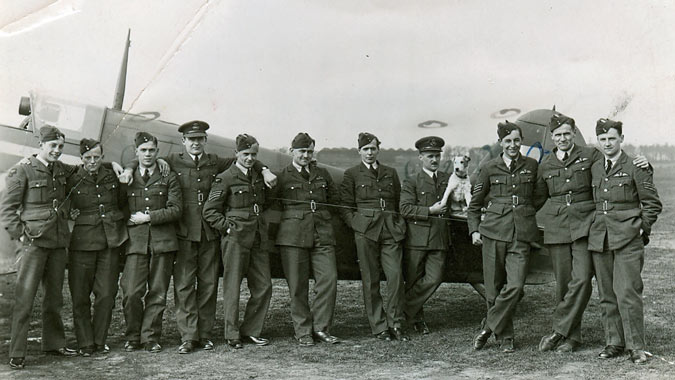 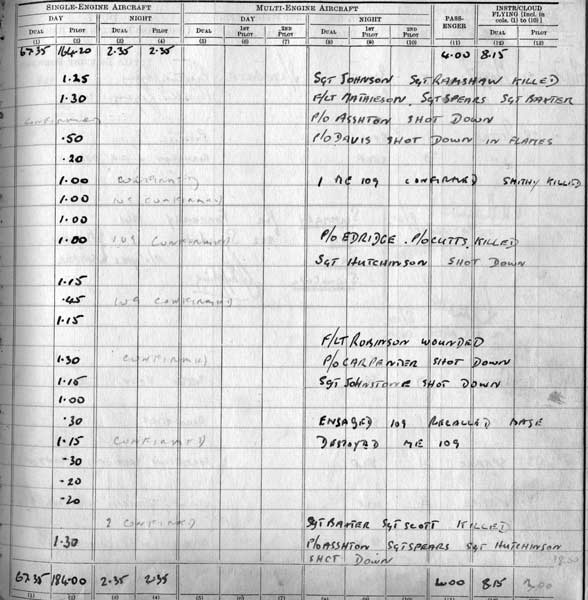 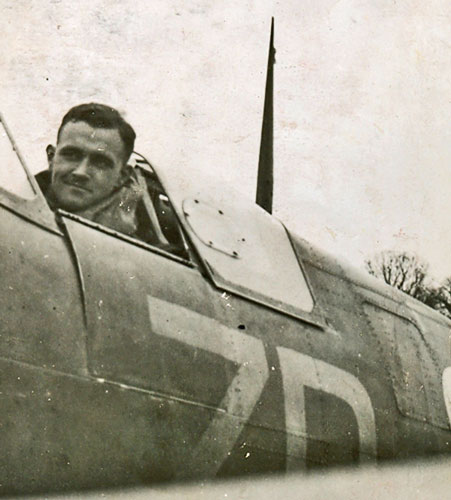 < = expand >
Douglas James Chipping was born on 18th May 1917 and joined the RAFVR in February 1939 as an Airman u/t Pilot. Called up on 1st September 1939, he reported to RAFVR HQ in London before being posted to 3 ITW at Selwyn College, Cambridge. He completed his induction training there and went on to 12 SFTS Grantham.

On completion of his flying training he joined 222 Squadron at Duxford on 8th May 1940, the squadron then embarked on a series of moves:

Hornchurch 30th May to 6th June.

Chipping flew his first operational sortie on 2nd July. Chipping probably destroyed a Me109 on 4th September and probably another on the 5th.

On this day his aircraft was hit by our own anti-aircraft fire over Dover and he baled out, badly wounded. Chipping and his Spitfire, X4057, came down in the same field at Pineham, behind Dover.

He was 'opened up like a sardine can along his side', locals stopped the bleeding before he was taken to Dover hospital.

He was visited there by senior RAF officers who told him the AA gun crew had been feted for bringing down a Me109, as they thought, at extreme range and it would be good for morale if that story stood.

He was moved to Hollymoor Hospital in Birmingham on 10th September and discharged on 25th November. Still unfit for flying duties, he completed Sector Room postings at SHQ Hornchurch (25th November 1940 to 2nd February 1941) and SHQ Gravesend (2nd to 25th February 1941).

Posted back to 222 Squadron, now at Coltishall, he served with them until 9th May 1941, when he was commissioned and sent for an instructors course at CFS Upavon, passing out on 13th June and going straight to 8 FTS Montrose where he instructed till 6th April 1942.

After an advanced instructors course at ECFS Hullavington (7th April to 15th July 1942) he returned to Montrose, now instructing instructors at 2 FIS there.

This ended on 27th March 1945 and he was processed through the 'demob' centre at Blackpool and released in July 1945 as a Flight Lieutenant.

He went back to his prewar occupation, the insurance industry, and went on to specialise in aviation reinsurance. He became a member of Lloyds and travelled to the USA to work in the same field there.

He then ran a general insurance agency, remaining in the USA until his death in Santa Barbara, California on 20th November 1985.

Chipping's logbook from the first week of September 1940 shows the instensity of the conflict.