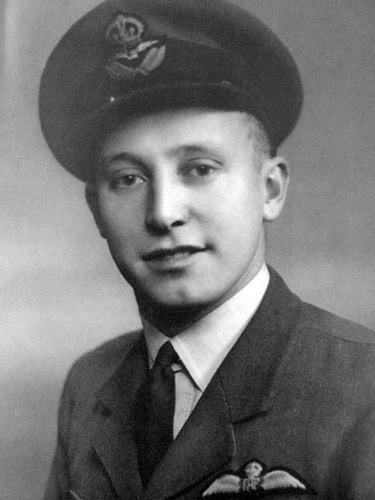 < = expand >
William James Corbin was born in Kent on 5th August 1917 and was educated at St. Michaels School, Maidstone. He joined the RAFVR in April 1939 as an Airman u/t Pilot and did his weekend flying at 23 E&RFTS Rochester.

Called up on 1st September 1939, he completed his elementary training and then moved to 14 FTS Kinloss for No. 7 Course, which ran from 28th April to 3rd August 1940.

On the 10th Corbin arrived at 7 OTU Hawarden for conversion to Spitfires. He joined 74 Squadron at Kirton-in-Lindsey on the 26th but on the 29th moved to 66 Squadron at Coltishall.

When the squadron went south to Kenley soon afterwards, Corbin remained behind to complete his training. He rejoined 66 at Kenley on 7th September but three days later he was posted to 610 Squadron at Acklington.

Six weeks later, on 24th October, Corbin was posted back to 66 Squadron, then at Gravesend.

He remained with 66 until 21st September 1941, when he went to 53 OTU Llandow as an instructor in the Gunnery Flight. During his operational tour Corbin probably destroyed a He111, damaged two Me109's and damaged aircraft and installations on the ground during daylight sweeps over Northern France.

Promoted to Warrant Officer in May 1942, Corbin was commissioned in June. He returned to operations in September 1942, joining 72 Squadron at Ayr. The squadron was about to go to North Africa.

On 8th November it was at Gibraltar and on the 16th flew to Maison Blanche, Algiers. He was posted away on 8th June 1943, the end of his second tour. Whilst with 72 he claimed two Me109's probably destroyed and two others and a Fw190 damaged in the air; two Me109's and two Mc202's destroyed or damaged on the ground, 14 lorries destroyed or damaged and an MTB sunk in Tunis Bay and another two badly damaged.

Corbin reached the UK in July 1943 and in August he was posted to the Gunnery Flight at 57 OTU Eshott. In April 1944 he was appointed Chief Instructor at 11 Armament Practice Camp, Fairwood Common.

Released from the RAF in December 1945 as a Flight Lieutenant, Corbin rejoined the RAFVR in March 1948 and served until 1952.

Corbin was a teacher after the war and a prominent Freemason.

The Corbin Business Park, Maidstone was named in his honour in 2008.