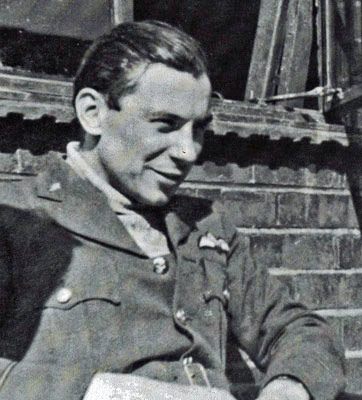 < = expand >
Wallace Cunningham was born in Glasgow on 4th December 1916. He joined the RAFVR in September 1938 as an Airman u/t Pilot.

He was posted to 5 OTU Aston Down on 10th June and after converting to Spitfires he joined 19 Squadron at Fowlmere on 25th June.

On 21st July 1941 he damaged a Me109 on a sweep over France. About this time Cunningham was appointed 'B' Flight Commander and promoted to Acting Flight Lieutenant.

On 28th August 1941 the squadron was escorting Blenheims on a low-level attack on shipping in Rotterdam harbour. Cunningham was shot down in Spitfire IIa P8439 by ground fire and taken prisoner after crash landing on a beach.

He was in several different camps in Germany until freed by the Russians near Berlin. PoW Number 3744.

He was released from the RAF in 1946 as a Flight Lieutenant and went into engineering.