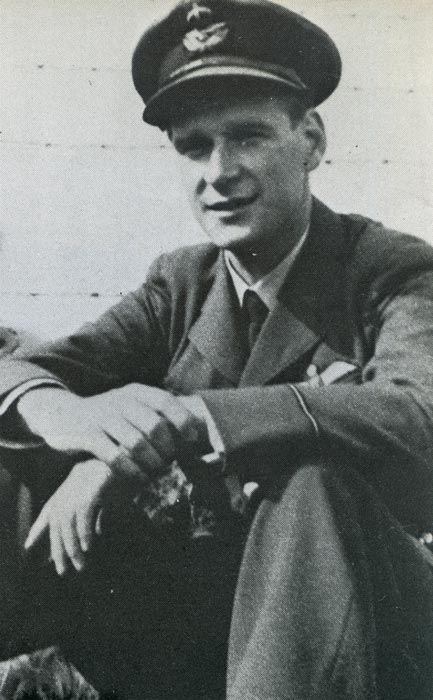 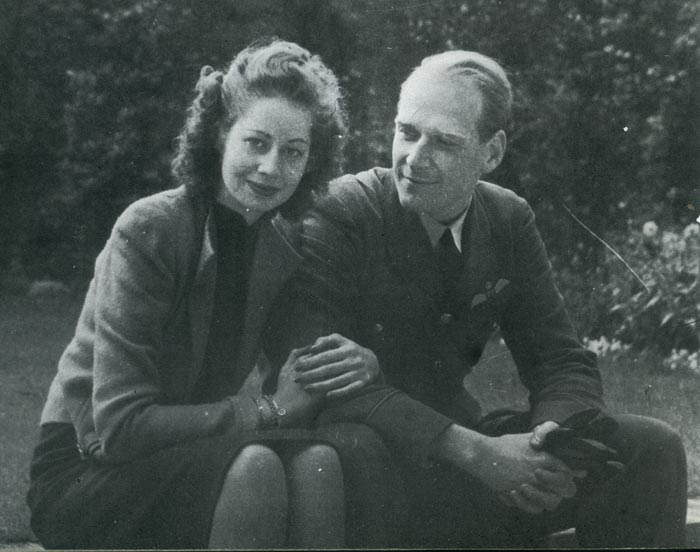 < = expand >
(Count) Manfred Beckett Czernin was born in Berlin on 18th January 1913, the son of an Austrian diplomat and his English wife who was the daughter of Baron Grimthorpe. The couple separated in 1914 and Czernin's mother took her son to live in Rome.

He attended Oundle School from 1923 to 1930. After leaving he worked at an engineering firm for a year and then in September 1931 went to Southern Rhodesia to work on a tobacco plantation.

In April 1935 Czernin joined the RAF on a short service commission, enlisting under the name Beckett. He did his flying training at 6 FTS Netheravon and on 24th February 1936 joined 57 Squadron at Upper Heyford. He moved to 83 Squadron on 5th December 1936 and on 16th August 1937 he went on to the Class A Reserve.

Czernin was recalled at the outbreak of war and was posted to No. 1 Ferry Pilots Pool at Hucknall on 22nd September 1939. He arrived at 12 Group Fighter Pool Aston Down on 10th December, converted to Hurricanes and was posted to 504 Squadron at Debden on 12th January 1940.

He moved to 213 at Wittering on 6th February and on 9th May joined 85 Squadron in France.
On the 19th Czernin destroyed two Do17's, a He111 and possibly another and on the 20th a Hs126. He returned to England on the 21st, by boat from Boulogne to Dover, left 85 on the 27th and was posted to 17 Squadron at Martlesham Heath on 8th June 1940. He flew a Hurricane out to France on the 9th to join the squadron at Le Mans.

Czernin destroyed a He111 on 12th June and a probable Me109 on the 14th. The squadron was withdrawn to England on the 19th.

Czernin was shot down by Adolf Galland on 17th November 1940 whilst engaged with Me110's attacking Wattisham. He baled out, slightly wounded, and his Hurricane, V7500, crashed and burned out just west of Bradfield Church. In the engagement Czernin damaged a Me110, which crashed into the sea off Aldeburgh.

Appointed as 'A' Flight Commander on 23rd March 1941, Czernin was posted away to 52 OTU Debden on 31st May as OC 'A' Squadron. Promoted to Acting Squadron Leader in mid-December he commanded 65 Squadron for a few days but was then posted to command 222 Squadron on 22nd December, left to be attached to 41 Squadron on 19th January and then on 28th February 1942 was posted to India.

Initially at 301 MU, he took command of 146 Squadron at Dinjan on 16th March. Czernin built the squadron up to a good operational standard before he was posted to HQ 224 Group as a Staff Officer in Operations. He returned to the UK in April 1943 and was posted to HQ 28 Group at Uxbridge.

On 30th September Czernin was officially transferred to an Air Ministry Unit but in fact had gone to the Special Operations Executive.

For the next eight months he trained for warfare behind enemy lines and on 13th June 1944 he was parachuted into enemy-occupied Northern Italy, near the Austrian frontier. Czernin operated secretly until returning to the UK in late 1944.

On 21st March 1945 he went on a second mission and was dropped just south of the Swiss border. His work there culminated in the surrender of the German forces at Bergamo.

After a short time at Bentley Priory, Czernin went for a flying refresher course at Tangmere. He was released from the RAF on 2nd October 1945 as a Squadron Leader and was awarded the DSO (gazetted 2nd November 1945).

Czernin did a variety of jobs in the post-war years, his final one being Sales Manager for Fiat in England. He died in his sleep on 6th October 1962.

His ashes were brought to the Villa Cimbrone, Ravello, Italy.

The citation for his MC was as follows:

On the night of 12-13 June 1944, Squadron Leader Czernin and his Wireless Operator were to be dropped into enemy-occupied territory, but the reception signals were not satisfactory and they returned to base. On the following night, the reception was again incorrect. Entirely regardless of his own safety, Squadron Leader Czernin decided to jump with a view to making a personal reconnaissance of the situation. This he did without arms of any description and with the full knowledge that the Germans are constantly arranging bogus receptions for the receipt of Allied personnel and stores. On landing, he found the reception committee to be friendly. Thereupon he flashed a signal to the aircraft which dropped the Wireless Operator and equipment. But for this courageous action, a most vital operation would have had to be postponed at a stage when the time was of the utmost importance to the success of the major plan.


The citation for his DSO was as follows:

Squadron Leader Czernin was parachuted behind enemy lines in N.W. Italy on 21 March 1945. His task was to co-ordinate the various scattered Partisan units into a unified command and with these forces to carry out the directions of 15 Army Group. In order to reach his area of operation in the Bergamasco district, he had to cross the 9,000 ft. Passo del Diaviolo which was completely covered with snow six feet deep. He made two attempts to cross the pass but without success. At 4 a.m. on 4 April he made a further effort and after marching continuously for 24 hours, suffering severely from cold, frost bite and lack of food, he succeeded in crossing the pass. Squadron Leader Czernin immediately commenced to organise the various Partisan forces and by his energy and personality quickly built up a large aggressive Partisan Command. This force, under his direction, went into action on 28 April 1945. He secured the unconditional surrender of three enemy garrisons whilst other forces under his command eliminated or captured the garrisons of three other places. Later the same day, after the whole area had been cleared of the enemy, he, with the Partisan Leader, drove into Bergamo in a car draped with the Union Jack to demand the unconditional surrender of the German Forces. The Germans opened fire and Squadron Leader Czernin was forced to withdraw. He then ordered the Partisans to attack the city and arranged for the underground elements in Bergamo to rise simultaneously. At 7 a.m. on 28 April 1945, Squadron Leader Czernin obtained an unconditional surrender from the German General. Throughout this period in the field Squadron Leader Czernin displayed the highest qualities of leadership and by his courage and daring made a notable contribution to the Allied success in North Italy.