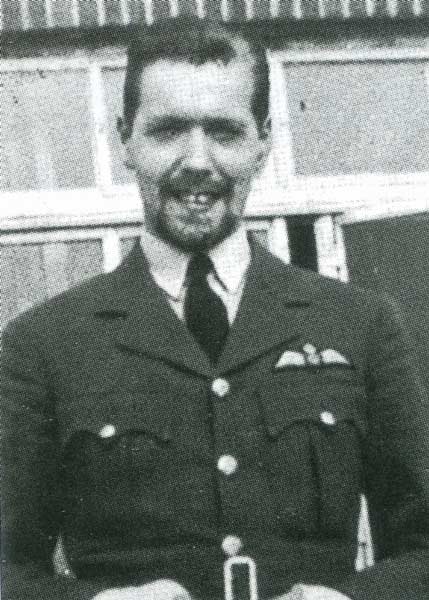 < = expand >
Graham Gordon Ayerst Davies was born on 6th March 1919 and lived in Paris as a young child. He was sent to school in Folkestone, afterwards working as an engineer with Imperial Airways, flying between Croydon and Amsterdam.

In March 1939 Davies joined the RAF on a short service commission and did his elementary flying at 7 E&RFTS Desford. In May he was posted to 14 FTS Kinloss and, after completing his training, he joined 236 Squadron in early November. He moved to 222 Squadron at the end of the month.

Davies was over Dunkirk on 31st May 1940 in Spitfire N3295 ZD-D, when his engine gave trouble. He decided to land on a beach, with the hope that the sand would be hard. He landed safely in spite of being fired at by French soldiers, who thought his Spitfire was a Stuka. He was driven into Dunkirk, then told to go back and burn his aircraft, which he did and was then taken back and returned to England in a paddle steamer.

On 30th August Davies damaged a Do17. Two days later he was shot down in flames by a Me109 over Ashford. He baled out, burned on the hands and face. His Spitfire, P9337, probably crashed near Huntbourne St Michaels, Tenterden.

In November he was posted to CFS Upavon for an instructor's course, after which he went to 5 FTS Tern Hill in January 1942 and moved to 5(P) AFU Peterborough in June.

Posted to India in April 1943, Davies was initially at No. 1 SFTS Ambala but in August 1943 he was posted to 225 Group, Bangalore then to RAF Cholavarum, Madras. In December he moved to the AFTU Armarda Road, went to 136 Squadron at Rumkhapalong in February 1944 and then took command of 607 Squadron at the same base in March.

The squadron was involved in the heavy fighting at Imphal. When the siege was lifted, Davies flew back to the UK for a Fighter Leaders course at Milfield. He rejoined 607 Squadron in November 1944 and led it until May 1945, when he was posted to 73 OTU Fayid, Egypt. In October he took command of 294 Squadron, an air-sea rescue unit.

Davies stayed in the RAF postwar. From 1946 to 1948 he was Air Attache in Paris, he later served at HQ Middle East Air Force as a liaison officer, commanded 73 Squadron in Malta, was OC 7 Wing British Air Force in Belgium and was serving with NATO in London when he retired on 17th June 1959 as a Squadron Leader.