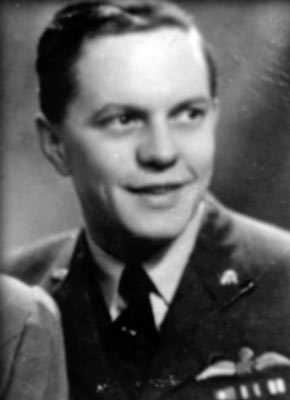 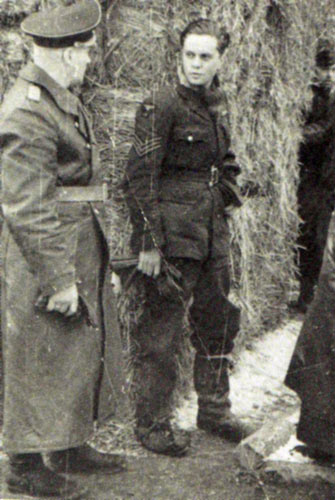 < = expand >
Herbert David Denchfield was born on 2nd November 1919 at Eckington near Staveley, Derbyshire. He finished his education at Hemel Hempstead Grammar School and after leaving he worked as a clerk.

In May 1939 Denchfield joined the RAFVR at Luton as an Airman u/t Pilot and did his weekend flying at 29 E&RFTS there. Called to full-time service on 1st September 1939, he was posted to 4 ITW Bexhill in November.

On 30th April 1940 Denchfield went to 15 EFTS Redhill. He moved to 15 FTS Brize Norton on 17th June, then to 15 AFTS Chipping Norton on 11th August for advanced flying training. From 23rd September he was at 7 OTU Hawarden to convert to Spitfires and then joined 610 Squadron at Acklington on 7th October 1940.

On a Blenheim escort to St. Omer on 5th February 1941 the squadron was attacked by Me109's and Denchfield's Spitfire N3249 was hit. Unable to regain control, he baled out at 5000 feet and after landing in a field he was captured by the Germans.

Denchfield went first to Dulag Luft at Frankfurt and was subsequently in Stalag Luft I at Earth, Stalag 8B at Lamsdorf, Stalag Luft 3 at Sagan, Stalag Luft 6 at Heydekrug, Stalag 355 at Thorn in Poland and finally Stalag 357 at Fallingbostel near Hanover.

Released on 1st May 1945, Denchfield was flown back to the UK a few days later in a Lancaster of 617 Squadron. He was released from the RAF on 12th December 1945 as a Warrant Officer.

Denchfield joined AV Roe in February 1946 as a Design Draughtsman/Engineer. On 23rd July 1949 he rejoined the RAFVR as a Flight Sergeant and later instructed at 6 RFS Sywell.

He served until 1953, when 6 RFS was disbanded and the RAFVR became defunct.

When he retired in November 1984, Denchfield was working at British Aerospace Hatfield, overseeing electrical and avionics installations.

Photo 2 Taken shortly after he was captured.