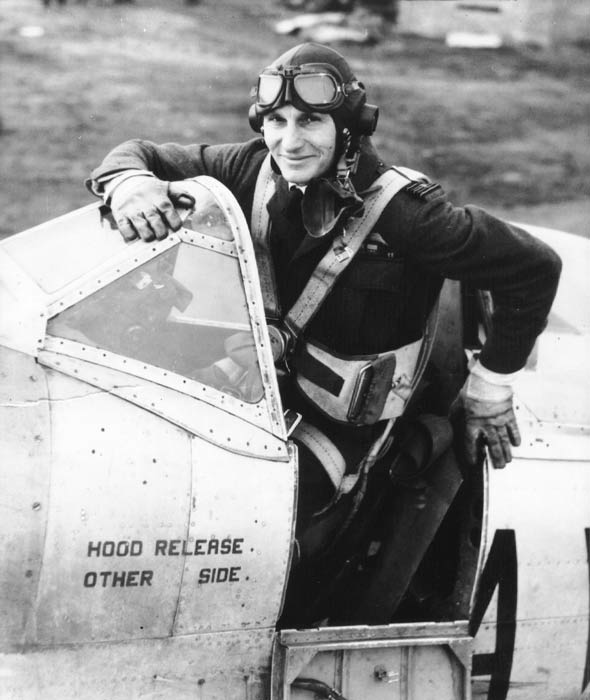 < = expand >
Peter Kenneth Devitt learned to fly privately at West Malling in 1931. He was commissioned in the RAFO in March 1932 and trained in Bristol Fighters at Filton, Bristol. He relinquished this commission when he was granted one in 600 Squadron, Auxiliary Air Force at Hendon in July 1933.

Called to full-time service on 24th August 1939, Devitt was posted to the Operations Room at Tangmere. In February 1940 he was given command of 152 Squadron.

On 25th September his petrol tank was hit by return fire from a He111 engaged west of Bristol and he made a forced-landing at Skew Bridge, Newton St. Loe, near Bath. At the end of October 1940 Devitt was posted to HQ 9 Group. In April 1941 he went to HQ 14 Group as Senior Controller.

In December 1941 he was posted to HQ 221 Group, Rangoon, leading the final withdrawal of troops out of Burma to Assam on 8th May 1942.

Devitt was Wing Commander Training at HQ 224 Group, Calcutta until June 1943 when he became Station Commander RAF Ranchi. In January 1944 he was given command of 189 Wing at Silchar and in September he was promoted to Group Captain at SEAC in Barrackmore, Calcutta.

Invalided home in November 1944, Devitt went to Air Ministry London until released in 1945.