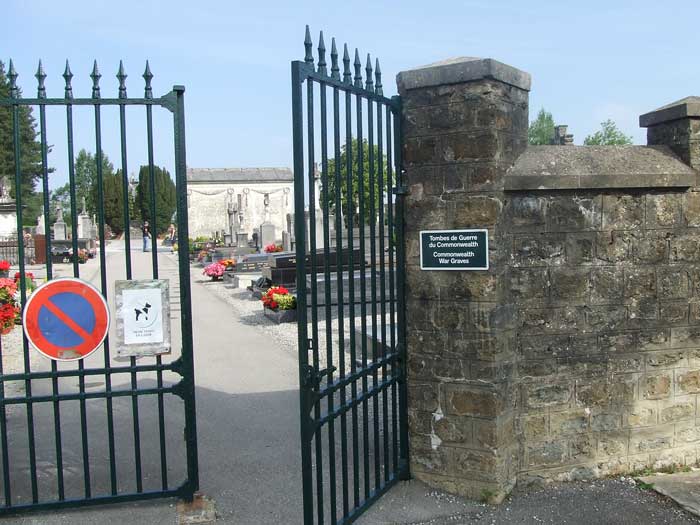 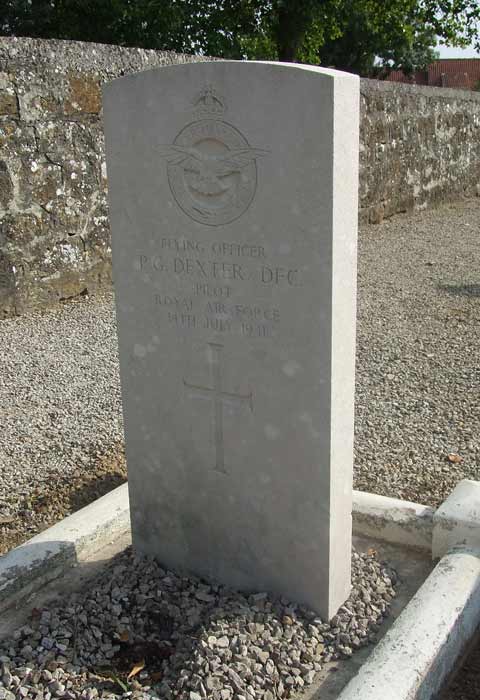 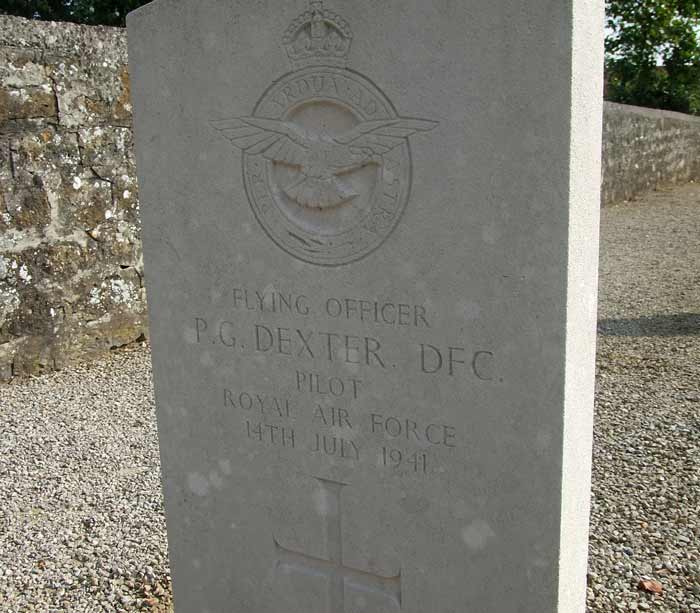 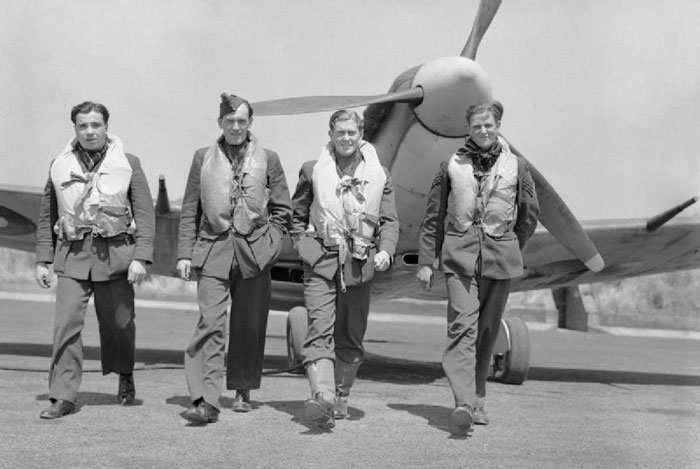 < = expand >
Peter Grenfell Dexter was born in Durban, South Africa on 5th June 1918. He joined the RAF on a short service commission in December 1938, beginning his training on the 29th. With flying training completed, Dexter joined 16 Squadron at Old Sarum on 3rd January 1940, to fly Lysanders on Army Co-operation duties.

In April the squadron was posted to Bertangles near Amiens in France, to join 50 Wing. On 21st May Dexter was flying a tactical reconnaissance of the Arras/Cambrai/Amiens area when he was attacked by Me109's. In the ensuing engagement Dexter shot one down with his forward-firing gun and AC Webb, the gunner, shot down a second. The Lysander, L4793, was badly damaged but Dexter managed to return to base. For this action he was awarded the DFC (gazetted 23rd July 1940).

The squadron was withdrawn to Redhill on 3rd June 1940. In early August Dexter was posted to 7 OTU, Hawarden and after converting to Spitfires he joined 54 Squadron at Catterick on 3rd September. He moved to 603 Squadron at Hornchurch on the 16th. Dexter claimed a Me109 destroyed over the Channel on the 27th. After this action he flew back with Plt Off PM Cardell of 603, when the latter, after being wounded in combat over the Channel, tried to reach the English coast. Cardell was forced to bale out just off-shore at Folkestone. Dexter tried to draw attention to Cardell's plight but having failed to do so he made a forced-landing on Folkestone beach and commandeered a boat to go to his friend's rescue. However Cardell was dead when they reached him.

On 30th September Dexter probably destroyed a Me109, on 2nd October he shot down a Me109 over Croydon but was then himself shot down. He started to bale out, wounded in the leg. His leg was trapped as he attempted to abandon the aircraft and it had fallen 15,000 feet before he managed to wrench his foot free of his flying boot. Dexter was just high enough for his parachute to open. He was admitted to Croydon Hospital and later moved to Torquay.

Dexter returned to the squadron in April 1941. On 26th June he was posted to 611 Squadron at Hornchurch. He claimed a Me109 destroyed and another probably destroyed on 7th July. The squadron was part of the escort for bombers of Circus 48 attacking the marshalling yards at Hazebrouck on 14th July 1941. Over Boulogne, Dexter, in Spitfire VB P8581, collided with Sgt. Panter in R7264 and was reported 'Missing'. The Red Cross later reported that Dexter had been picked up dead in his parachute.

He was buried in Samer Communal Cemetery, France - Grave 5