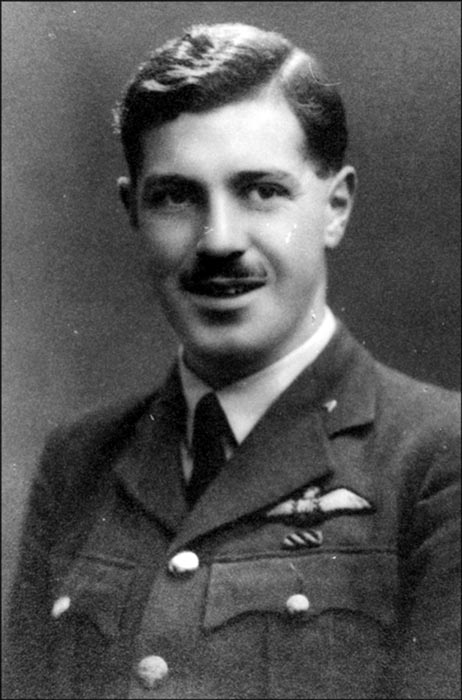 < = expand >
William Anderson Douglas was born in Edinburgh in 1921. He joined 603 Squadron, Auxiliary Air Force on 23rd April 1939 and was commissioned in June. He had done some flying training before he was called up on 24th August 1939.

Douglas was posted to 7 FTS Peterborough on 7th October and after completing his training he rejoined 603 Squadron at Montrose on 17th March 1940.

He was posted away to 3 BGS Aldergrove as a staff pilot on 7th May, moved to 8 BGS Evanton on 3rd July and on 5th September he went to 7 OTU Hawarden. After converting to Spitfires he was posted to 610 Squadron at Acklington on 16th September.

Douglas was posted back to 603 Squadron, then at Drem, on 27th February 1941. He damaged a Me109 on 14th June, destroyed another on the 21st and was wounded on the 23rd by cannon shell splinters on a patrol near Calais. He was off operations until November 1941 and became a Guinea Pig after being treated in the Queen Victoria Hospital, East Grinstead.

Douglas took command of the squadron on 20th July 1942. It was disbanded on 3rd August and he was given command of a new unit, reformed as 229 Squadron. With his tour completed, he flew back to the UK on 23rd September and on 2nd October was posted to 58 OTU Grangemouth, as an instructor.

He went as an instructor to the Fighter Command School of Tactics at Charmy Down on 7th July and on 18th August he was given command of 611 Squadron at Kenley.

In August Douglas was appointed Wing Commander Flying at Coltishall. He destroyed a Ju88 in September and received a Bar to the DFC (gazetted 26th September 1944).

He was released on 17th December 1945 as a Wing Commander.