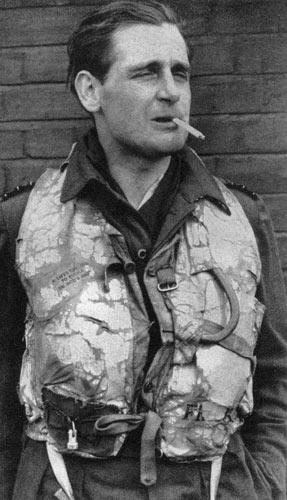 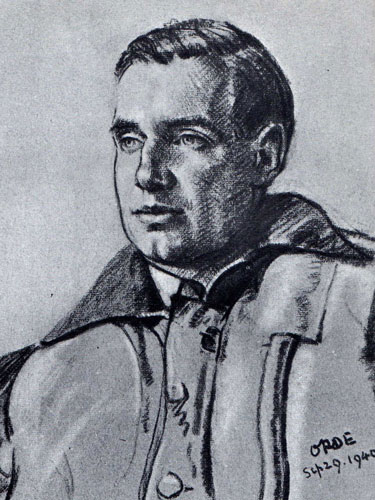 < = expand >
Raymond Myles Beecham Duke Duke-Woolley was born in Manchester on 18th August 1916 and educated at Marlborough College and entered RAF College, Cranwell in January 1935, as a Flight Cadet.

He graduated on December 18 1936, with a permanent commission, and he joined 23 Squadron at Northolt.

Made 'B' Flight Commander in April 1940, Duke-Woolley destroyed a He111 in the early hours of 19th June. When his night-flying tour was completed, he asked for a posting to a day-fighter squadron.

After his second request, he went to 253 Squadron at Kenley on 12th September 1940. He claimed a Do17 probably destroyed on the 15th. Duke-Woolley was appointed 'A Flight Commander on the 24th and took temporary command of 253 on the 27th, after the CO was shot down and wounded.

He shared in the destruction of a Do17 on 6th October, damaged a Ju88 on the 21st, destroyed a Ju88 on 9th November and shared a Do17 and damaged another on the 22nd.

Duke-Woolley relinquished his temporary command on 16th November and was awarded the DFC (gazetted 24th December 1940).

In June 1942 Duke-Woolley was made Wing Leader of the Debden Wing. He flew four sorties with 71 Squadron over Dieppe on 19th August. On the 27th he destroyed a Fw190 and on the 29th probably another.

After the Eagle squadrons of the Debden Wing were taken into the USAF as the 4th Fighter Group in September 1943, Duke-Woolley flew with it on 2nd October and shared in the destruction of a Fw190.

In July 1943 Duke-Woolley was given the job of forming and working up a Mobile Group Control Centre in 84 Group. He went to Normandy in June 1944 as second-in-command. He returned to England in January 1945 to go to the RAF Staff College.

Duke-Woolley retired from the RAF on 30th January 1961 as a Group Captain.

He worked for a life insurance company until his retirement.

His portrait was made by Cuthbert Orde