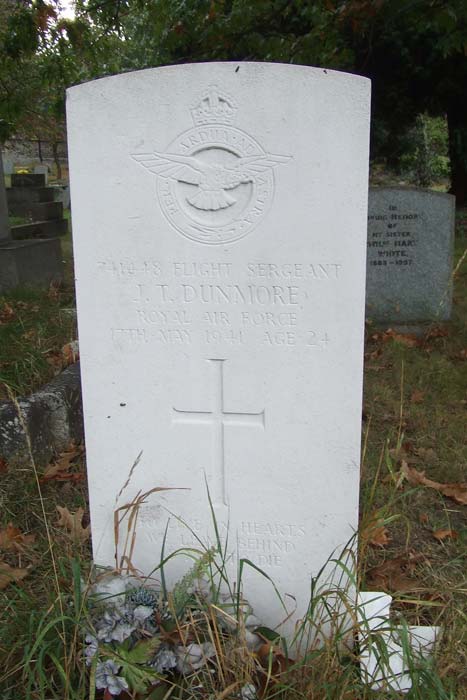 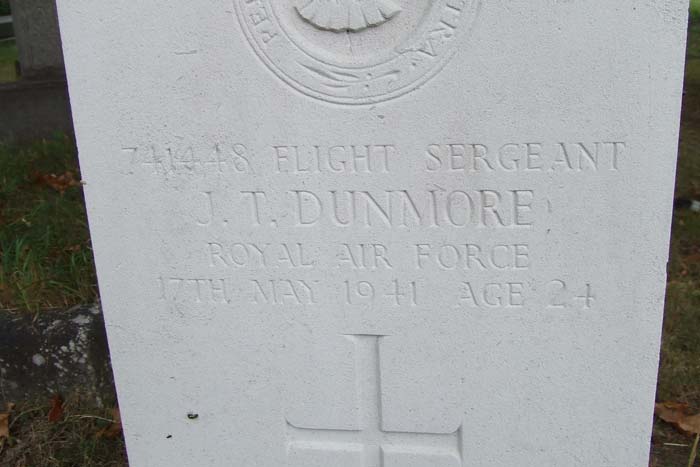 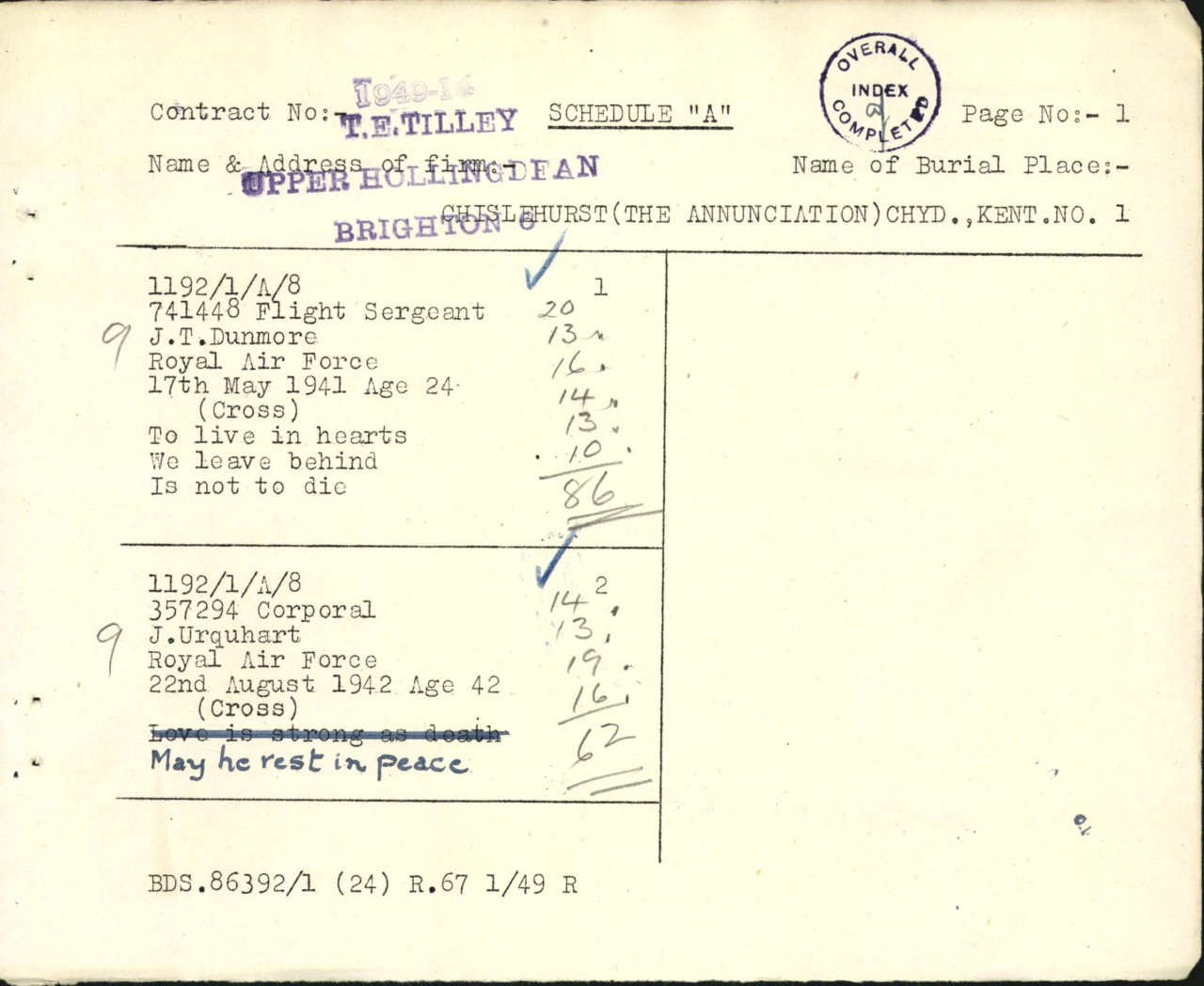 < = expand >
Jack Townley Dunmore, of Egham, Surrey joined the RAFVR on 15th April 1938 as an Airman u/t Pilot. Called up on 1st September 1939 he completed his training, converted to Spitfires at 7 OTU, Hawarden and joined 266 Squadron at Wittering on 16th September 1940.

Dunmore moved to 222 Squadron at Hornchurch on 1st October. He shared in the destruction of a Me109 on the 15th but had to make a forced-landing at Hawkinge, having suffered some damage as well as running low on fuel.

On 5th May 1941 Dunmore, now a Flight Sergeant, was instructing in Master T8780 with pupil pilot P/O VC Arnold RCAF. The aircraft (from 58 OTU Balado Bridge (Grangemouth)) dived into the ground 3 miles north of Falkirk. Arnold was killed and Dunmore was admitted to Larbert Military Hospital seriously injured.