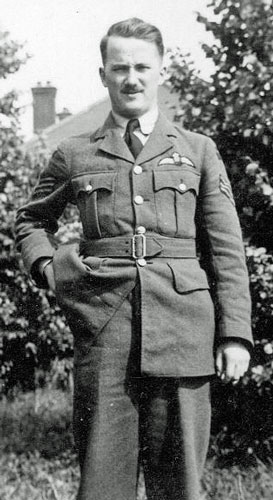 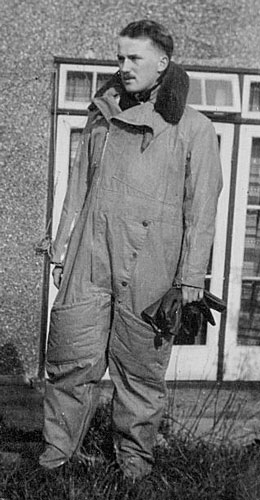 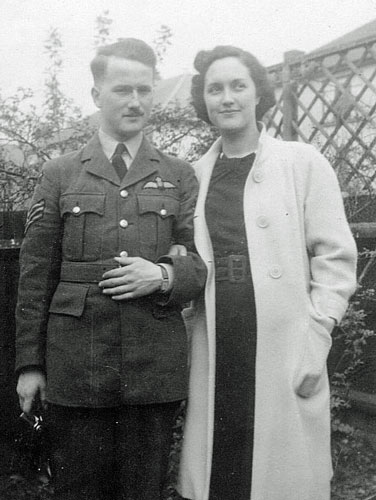 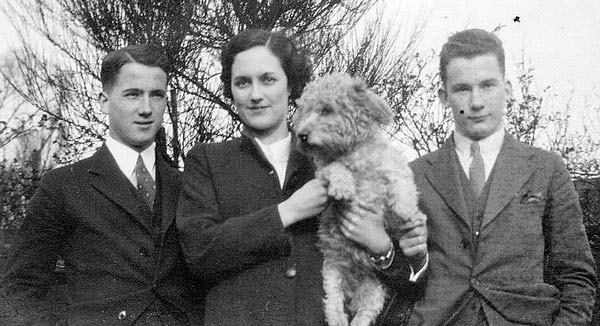 < = expand >
Douglas William Elcombe was born in Kingston, Surrey in March 1919 and moved with his family to Whetstone, north London in 1926.

Elcombe attended Finchley County School in the early 1930s where he was much influenced by his history teacher who believed a second world war was inevitable. He became convinced that he should be fully prepared to fight for his country if necessary and around September 1937, at the age of 18, he joined the RAFVR as an Airman u/t Pilot.

Called up on 1st September 1939, he completed his flying training at 14 FTS Cranfield in early June 1940 and, after converting to Spitfires, he joined 602 Squadron at Drem on the 21st.

On 12th August 1940 602 moved south to Westhampnett. Elcome claimed a Me109 destroyed over Dungeness on the 31st. He landed at Ford following this action with a damaged glycol tank.

On 10th September he crashed on to Felpham golf course when his section was kept aloft after dusk by a controller unaware that none of the pilots had flown at night before. His Spitfire L1040 was written off.

Elcombe failed to return from a routine patrol on 26th October in Spitfire R6839.

He is remembered on the Runnymede Memorial, Panel 14.

His twin brother Geoffrey Elcombe was captured at Singapore in 1942 and was a prisoner of the Japanese until 1945. He later emigrated to South Africa and died there in 1985.