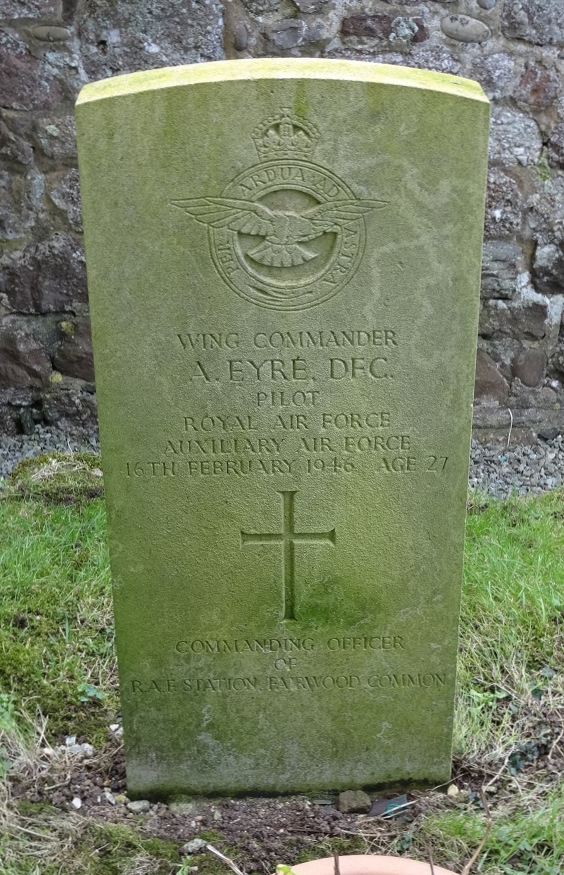 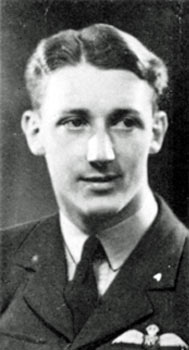 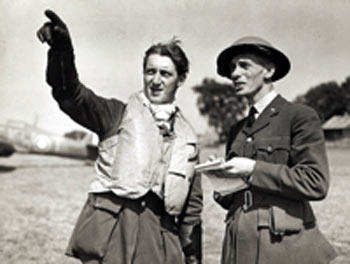 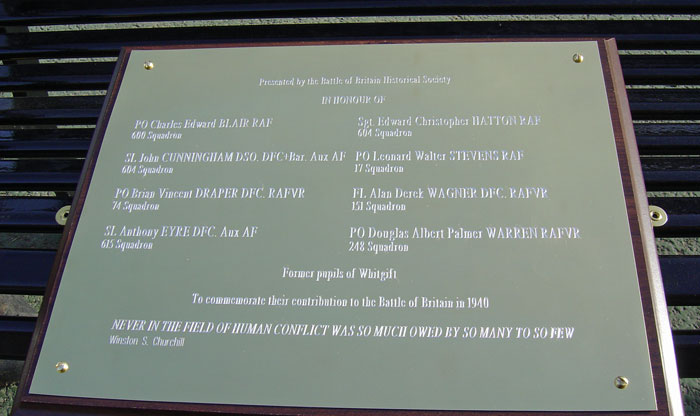 < = expand >
Anthony Eyre was born in Lowestoft in 1918 but moved to Purley where his father had been appointed bank manager. He went to Whitgift School, Croydon, going on to study Law. He joined 615 Squadron Auxiliary Air Force in 1938 and was called to full-time service on 24th August 1939. He arrived at 11 Group Pool on 18th September, converted to Hurricanes and went to France with 615 in November. The squadron was stationed at Vitry-en-Artois with a detachment at St Inglevert. He was in action in May 1940 and destroyed two Me109’s on the 19th. These were from Stab II/JG26 (Hptm. H Knuppel KIA) and 4/JG26 (Hptm. K Ebbighausen wounded).

Given the breakdown in communications, Eyre was employed as a courier and flew back and forth in one of the remaining Gladiators, returning to Kenley in this aircraft on 20th May while the rest of the squadron was withdrawn by sea the following day.

615 was operational again in early June. On the 11th Eyre claimed a Me109 destroyed and a Me110 damaged.

Citation
"This officer has shot down seven enemy aircraft, and inflicted damage on several others. Whilst on service in France, he showed eagerness to fly on all occasions and during the winter his flying times exceeded fifty hours monthly. During the evacuation from France, Flying Officer Eyre was entrusted with an important message from England to France and successfully completed this mission, which required great coolness and presence of mind. He has at all times shown great devotion to duty."

In December 1940 he was appointed a Flight Commander and on 26th February 1941 he took command of the squadron after the CO was killed when his parachute caught fire and failed to open.

In April 1941 Eyre was posted away for a rest. He returned to operations in early March 1942, to lead the North Weald Wing. He led his first sortie on the 8th, in Spitfire W3276/A-E. Between Gravelines and Dunkirk a lone Fw190 dived through the Wing and shot Eyre down. He crash-landed just south of Mardyck aerodrome and was captured. Claimed by Lt Artur Beese I./JG26.

At some time Eyre was held in Stalag Luft III. PoW Number 4. Freed in early May 1945, he continued to serve in the RAF, being appointed CO of RAF Fairwood Common.

On 16th February 1946 he took off from the airfield on a routine practice flight in Tempest NV787. Sometime during the flight the aircraft’s Sabre engine started to falter and he decided to make a precautionary landing at RAF St. Athan. While approaching the main runway the aircraft’s engine cut out completely, it lost height and struck a large oak tree at Llancadle Farm, near Aberthaw. Eyre was killed instantly. An engine strip down revealed a failure in the sleeve drive mechanism.

He is buried at St. Cennydd’s, Llangennith, Wales

In 2006 a plaque was unveiled at Whitgift School, Croydon, bearing the names of the eight 'old boys' who had served in the Battle of Britain (See photo)