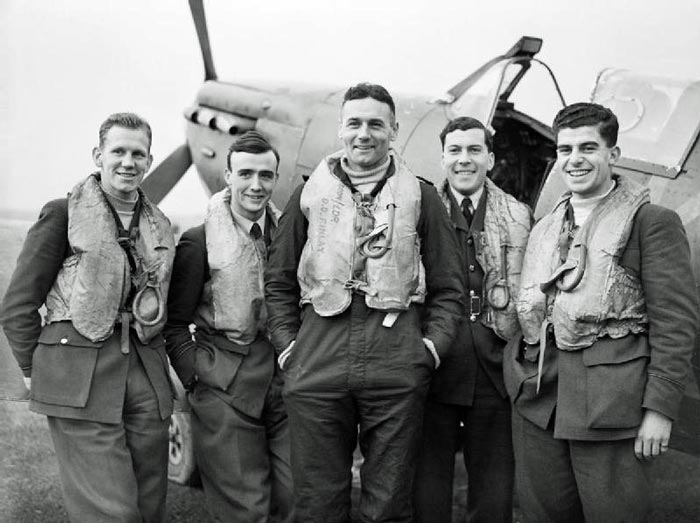 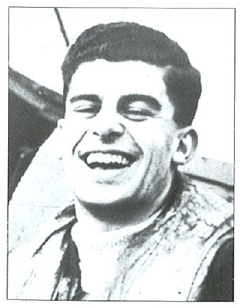 Called up on 1st September 1939, he went to 6 FTS Little Rissington on 6th October for an assessment of his flying capabilities. He then joined 41 Squadron at Catterick on 15th December 1939.

Ford probably destroyed a Me109 on 5th September 1940 and on the 7th he made a forced-landing Spitfire N3266 between Confield Tye and Tinsleys Farm at West Hanningfield after a combat. He was unhurt.

On 14th March 1941 the pilot of this Spitfire X4177 was landing at Catterick when it overshot and ran into soft ground off the end of the runway, the aircraft tipped up onto its nose and was slightly damaged. Although the pilot's fault no action was taken, he had been engaged in operational flying for some period of time, the overshoot was put down to his tiredness and fatigue after this long period of flying and states he was a "good and experienced pilot"

Ford was posted to 4 Delivery Flight Grangemouth on 5th April 1941 but volunteered for the Merchant Ship Fighter Unit, then about to be formed at Speke. He joined the unit on 23rd May and served in the SS Empire Sun, Empire Shackleton, Empire Heath and Dalton Hall on North Atlantic and Gibraltar convoys.

Ford went to Hawkers at Langley on 23rd June 1942 as a production test pilot. He took 447 aircraft on their first flight after coming off the production line.

On 17th June 1943 he was posted for a course to No. 1 Empire Test Pilots School at Boscombe Down, after which he joined 20 MU Aston Down as a test pilot.

Ford was released from the RAF on 23rd October 1945 and commissioned again in the RAFVR from September 1947 until 11th May 1952, during which time he instructed at 18 Reserve Flying School at Fair Oaks and from April 1948 at 15 RFS Redhill.