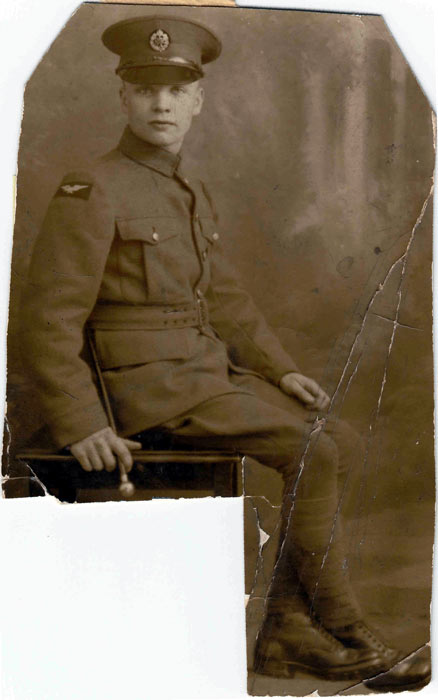 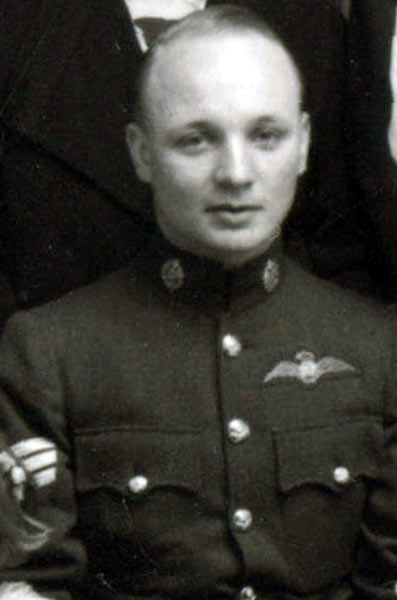 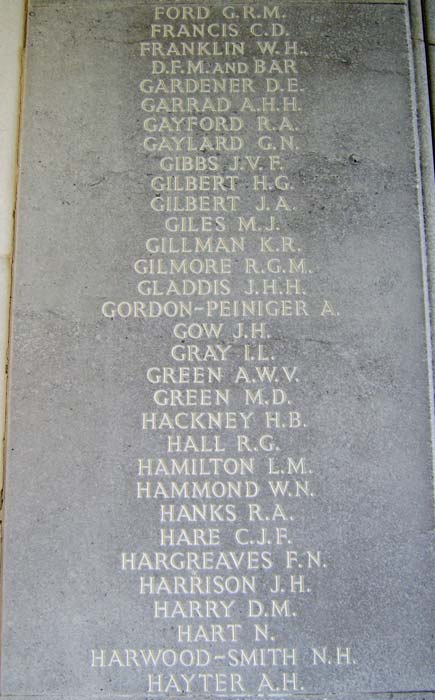 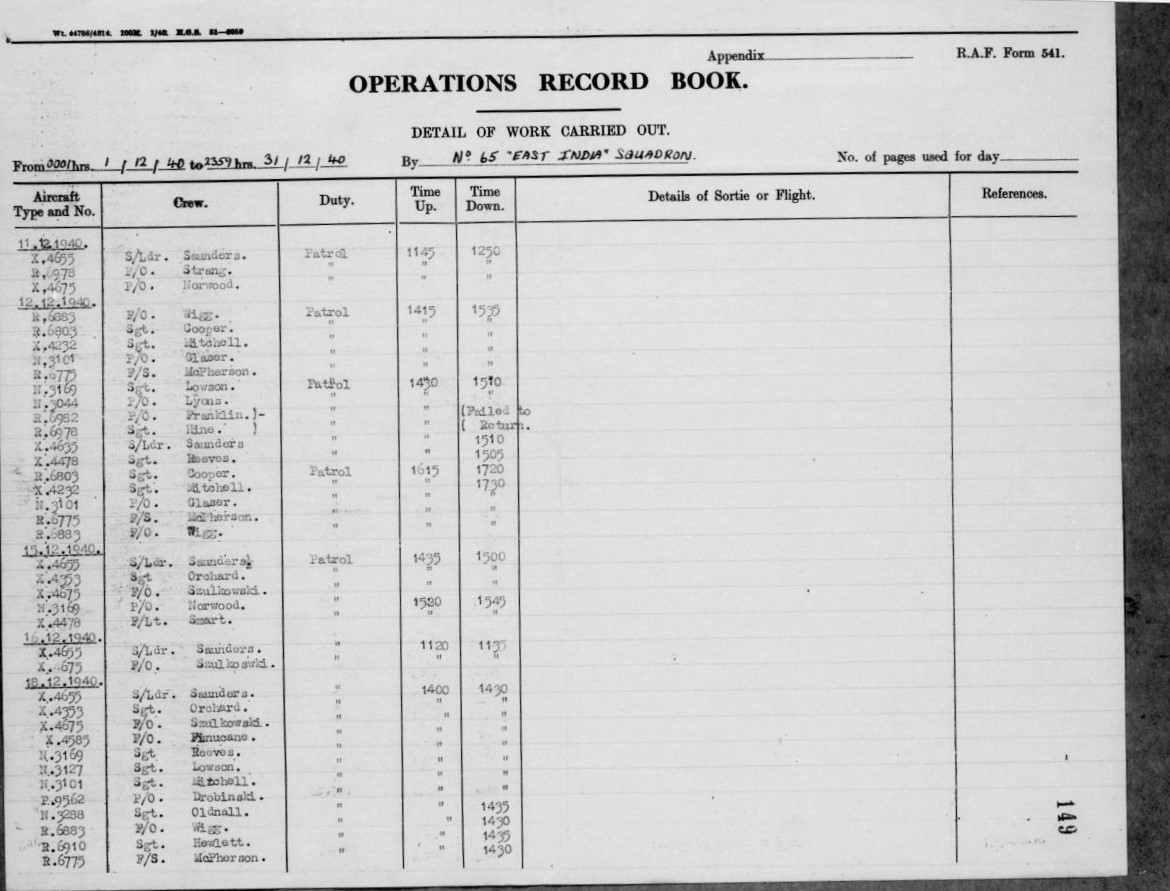 < = expand >
William Henry Franklin was born on 2nd October 1911 to George Henry and Harriet Franklin in Poplar, London. He attended Thomas Street Central School in Limehouse, later joining the RAF in 1929 as an Aircraft Apprentice, qualifying in December 1931 as a Fitter, Aero Engines. He later applied for, and was accepted, for pilot training. In 1937 he married Louise Eliza Kogel (of German descent) at All Saints, Poplar.

His first posting was to 65 Squadron, joining them in 1937 and at the outbreak of war was still with them as a Flight Sergeant operating Spitfires at Hornchurch.

The Squadron ORB for this day states:

The next day William wrote a poignant letter to his mother from the Sergeants Mess:

Dear Mother,
I am writing to you to let you know that at present I am perfectly all right.
War is here again and this time I must do my share. (His father had been killed in WW1). I have sent Louise away out of it. I don’t know what you are doing but we are hoping to give you pretty good protection from the German pigs. If anything happens to me I want you to remember that Louise will want some sympathy. I should hate to die knowing she was so unhappy, so please help to look after her for me as at present the silly bigotry in her family has caused them to neglect her. I only hope I last as I am fond of life.

Give my love to Ivy and all and God keep you safe.

From your Loving Son Will

Citation: During a period of six days in May, 1940, Flight Sergeant Franklin took part in numerous offensive patrols over Northern France and on eight occasions was in combat with the enemy. He has himself shot down one Junkers and two Messerschmitt aircraft and in company with his section he has destroyed three other enemy aircraft. One day in June, 1940, in company with his squadron, Flight Sergeant Franklin engaged fifteen to twenty Messerschmitt 109's and destroyed two. Throughout these engagements he has shown great skill, courage and determination in pressing home his attacks. On one occasion he chased an enemy aircraft more than 20 miles, almost at ground level, before destroying it.

Back at Hornchurch for the start of the Battle in July, his award was noted by a newspaper in his home area, the East London Advertiser, on the 13th:

CHASED NAZI PLANE 20 MILES DESTROYED IT.
Distinguished Flying Medal for Poplar Airman. Among RAF awards announced last Friday was that of the Distinguished Flying Medal to Flight Sergeant William Henry Franklin, a Poplar man, in recognition of his ‘great skill. courage and determination.’ His achievements were described as follows: ‘During six days in May, Flight Sergeant Franklin took part in numerous offensive patrols over northern France and on eight occasions was in combat. He has himself shot down one Junkers and two Messerschmitt aircraft and in company with his section he has destroyed three other aircraft.

MESSERSCHMITT BEATEN. One day in June in company with his squadron, Flight Sergeant Franklin engaged fifteen to twenty Messerschmitt 109’s and destroyed two. Throughout these engagements he has shown great skill, courage and determination in pressing home his attacks. On one occasion he chased an aircraft more than twenty miles, almost at ground level, before destroying it. Flight Sergeant Franklin, who is 29, ….. received his present rank a year ago.

On 26th July the ORB notes:

We seem to be getting more action nowadays and Flt Sgt Franklin is enjoying himself thoroughly, we hope he keeps up the good work. How about some decorations ?

Between the 7th July and the 16th August Franklin destroyed eight Me109’s, earning from the squadron the nickname 'Gunner Franklin' and also a Bar to his DFM (gazetted 13th August 1940)

Citation: Since 22 May 1940, this airman has shot down ten enemy aircraft and assisted in destroying a further two.On two occasions during these engagements he shot down two Messerschmitt 109's in one sortie. On another occasion, after chasing a Messerschmitt across the Channel to Calais he encountered seven enemy fighters five of which he engaged, destroying one of them. His skill, courage and determination are of the highest order

At the end of August 65 Squadron was sent to Turnhouse in Scotland for a well-earned rest although, according to his sister Ivy, Franklin would have preferred to keep fighting.

On 13th October 1940 he was commissioned as a Pilot Officer.

The squadron left Scotland on the 29th November 1940 for Tangmere. On 12th December six aircraft, including Franklin in Spitfire R6982, were scrambled to intercept a Ju88 of 4(F) 121 off Selsey Bill. Franklin and Sgt. M Hine failed to return.

His widow Louise was presented with his medals at Buckingham Palace on 18th March 1942.

Hornchurch Airfield was built over in the 1970’s with a new housing estate called Elm Park and Franklin Road was named in his memory.

He is also commemorated on the Runnymede Memorial Panel 8.