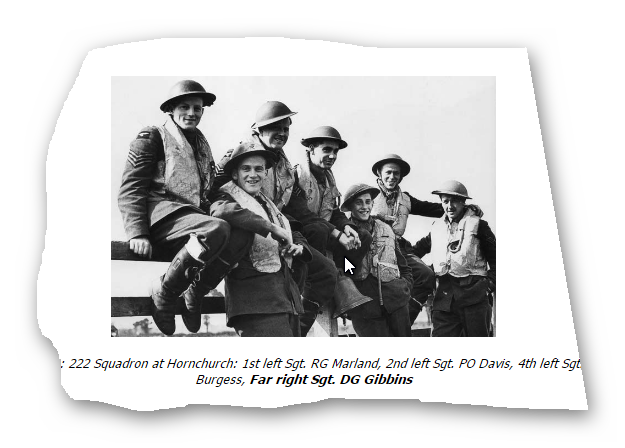 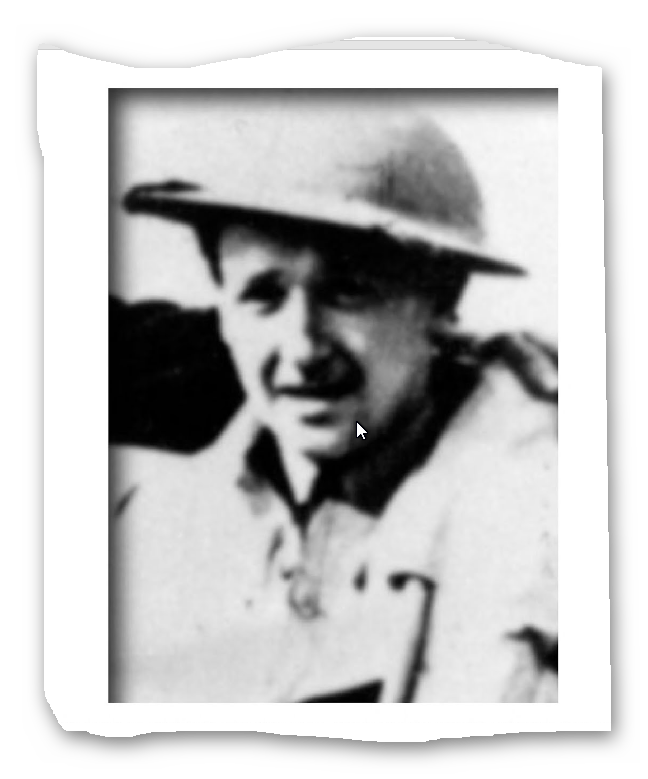 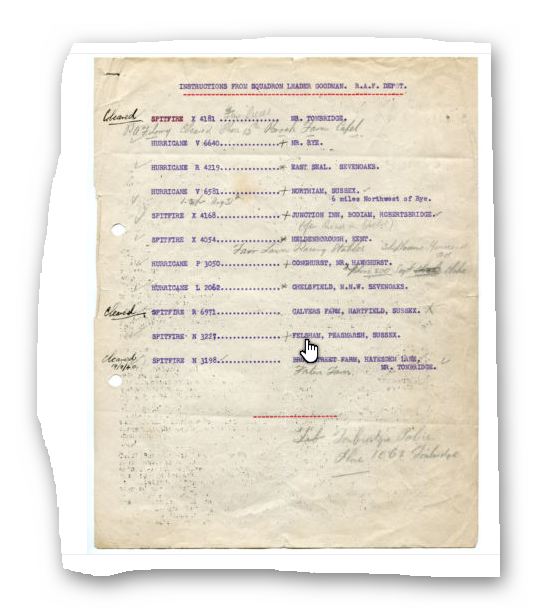 < = expand >
Dudley Guy Gibbins joined the RAFVR in June 1939 as an Airman u/t Pilot and began flying at 20 E&RFTS Gravesend. Called up at the outbreak of war, Gibbins was posted to No. 1 ITW Cambridge, moved to 5 EFTS Hanworth in November, to 3 FTS South Cerney in March 1940 and then to 7 OTU Hawarden in mid-July.

After converting to Spitfires, Gibbins joined 54 Squadron at Catterick on 10th August. After destroying a Me109 on the 31st, Gibbins was himself shot down, possibly by a Hurricane. He baled out, unhurt, and landed at Tinley Lodge, Shipbourne. His Spitfire, X4054, crashed and burned out near Great Hollanden Farm, Hildenborough.

Gibbins was posted to 222 Squadron at Hornchurch on 11th September and shared in the destruction of a Me109 on 15th October.

Gibbins went to 83 Group Support Unit at Westhampnett in November 1944. He joined 130 Squadron at Fassberg in May 1945 and was with the squadron for four months in Norway prior to his release in December 1945 as a Flight Lieutenant.