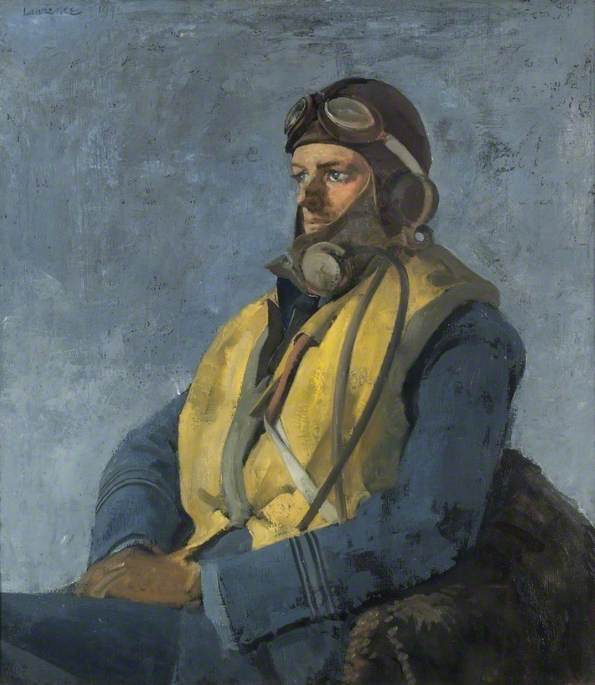 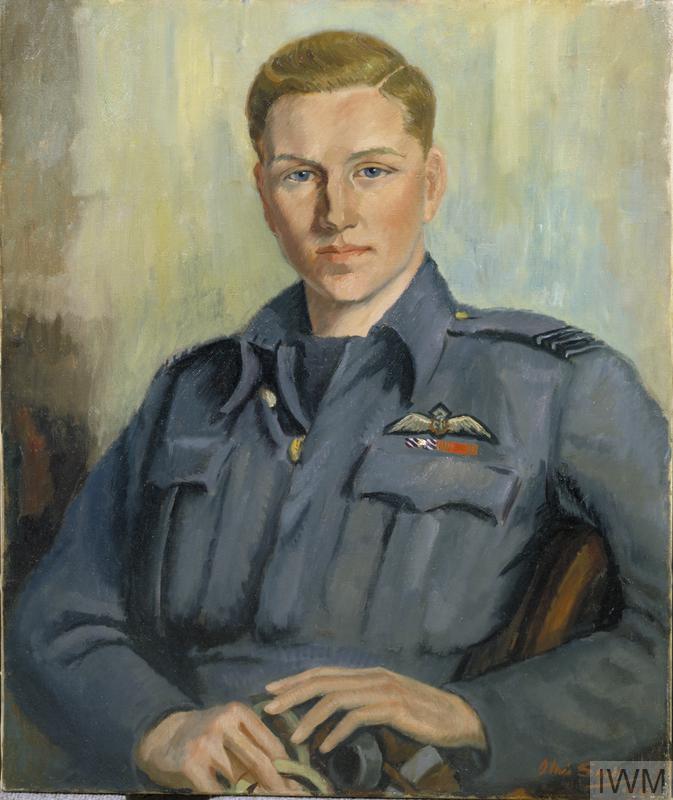 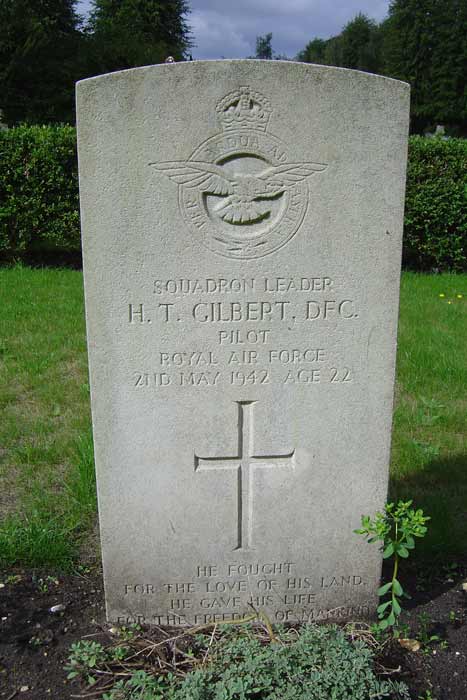 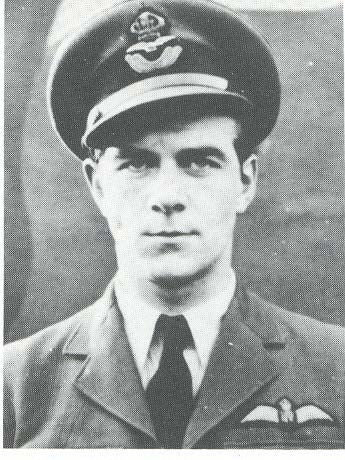 < = expand >
Humphrey Trench Gilbert of Revesby, Lincolnshire, was born on November 3rd 1919. He was educated at Durnford School and was at Cheltenham College from January 1934 to July 1937. He joined the RAF on a short service commission in early December 1937. After completing his ab-initio course at 7 E&RFTS, Desford on February 18th 1938, Gilbert went to No 1 RAF Depot, Uxbridge for a short disciplinary course. He was posted to 9 FTS, Hullavington on March 5th.

Gilbert was awarded his pilots wings on June 1st 1938, completed his training and joined 73 Squadron at Digby on September 17th. He was sent to CFS, Upavon on October 23rd and qualified as an instructor on December 22nd 1938. In January 1939 Gilbert was posted to 504 Squadron, Auxiliary Air Force as Flying Instructor. On 3rd August 1940 he was posted from 9 FTS to 6 OTU, Sutton Bridge.

After converting to Hurricanes, he joined 601 Squadron at Debden on the 16th. Gilbert shared in the destruction of a Ju87 on August 15th, shared a He111 on the 30th, destroyed a Me110 on the 31st and was himself shot down over the Thames Estuary, in Hurricane V7260. He baled out, unhurt.

Gilbert destroyed a Me110 on September 4th. Two days later he was shot down by a Me109 over Mayfield. Again he baled out but this time he was wounded. He landed at Pembury and his Hurricane, V6647, crashed at Kippings Cross, near Pembury.

In late April 1941 Gilbert was appointed 'B' Flight Commander. A month later he was temporarily attached to 1422 Flight at Heston. He flew night sorties in a Hurricane, accompanying a Havoc in what were early tests on Turbinlite aircraft.

Gilbert was posted to 71 (Eagle) Squadron at Martlesham Heath on September 3rd 1941 as a Flight Commander. He was given command of 222 Squadron at North Weald on November 1st and on December 23rd 1941 he moved to Debden to take over 65 Squadron. When the Scharnhorst and Gneisenau made their Channel Dash on February 12th 1942, the squadron was involved in combat with the German fighter cover. Gilbert destroyed a Me109 and damaged another.

On a Boston escort to Hazebrouck on April 12th, he shot down a Fw190.

Gilbert crashed on May 2nd 1942, attempting to take off from Debden in a Spitfire BL372/YT-Z with Flight Lieutenant David Gordon Ross the Controller on his lap. They were said to have been going to a party. Both men were killed.

Citation:
"This officer has been engaged on operational flying since August, 1940, and fought through the Battle of Britain. He has completed numerous operational sorties over enemy occupied territory and although he has been shot down and wounded, he has always displayed great keenness to engage the enemy. Since February, 1942, Squadron Leader Gilbert has participated in a number of operational sorties, including an attack on German battleships. In this operation he destroyed one enemy aircraft and damaged another. He has led his squadron, and occasionally the wing, with considerable success and his fine leadership and determination have been an inspiration to his pilots.
Squadron Leader Gilbert has destroyed 5 enemy aircraft."
Details: Awarded posthumously.