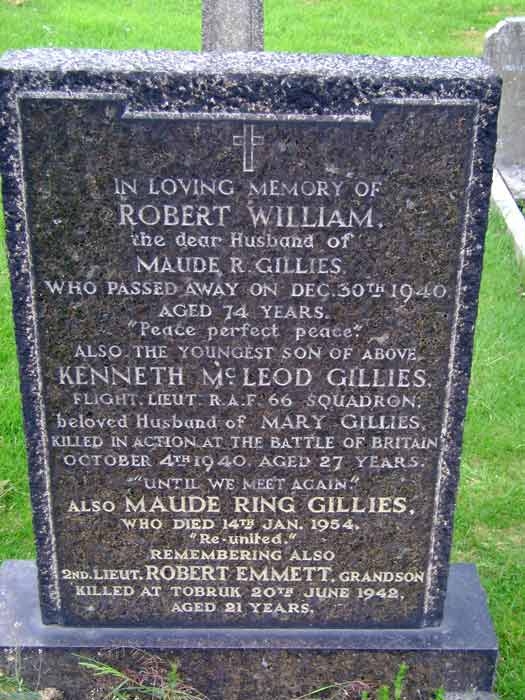 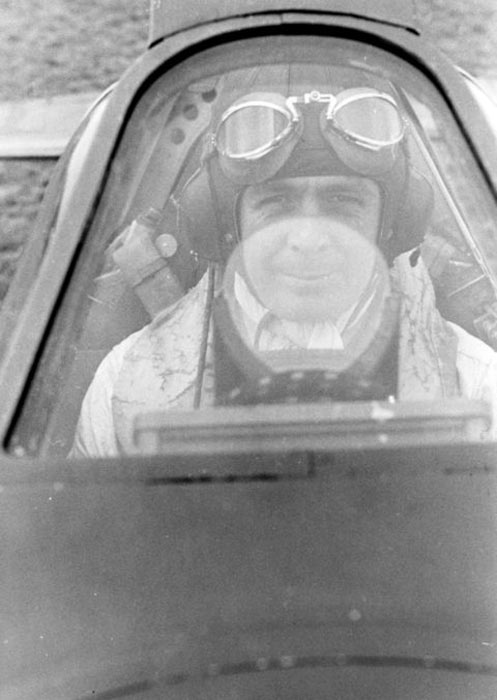 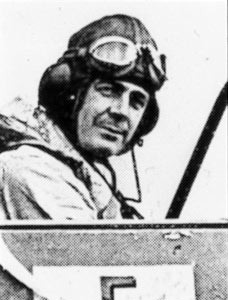 < = expand >
Kenneth McLeod Gillies was born in Liverpool on 12th April 1913. He was at Merchant Taylors School from January 1924 to July 1929. After leaving he worked with his brother until 1931, when he joined the Scottish Widows Fund and Life Assurance Society in Liverpool.

In March 1936 Gillies went into the RAF on a short service commission and on the 12th he began his initial training at 1 E&RFTS Hatfield. Gillies moved to No. 1 Depot, Uxbridge on 4th May for a short course after which he was posted to 8 FTS Montrose. With flying training completed he joined 66 Squadron at Duxford on 25th December 1936.

In June 1937 Gillies was a member of the squadron team at the Hendon Air Display, flying one of five Gauntlets in aerobatics and formation flying. In November 1939 he was posted to 254 Squadron, recently reformed at Stradishall with the Blenheim I for coastal duties. He went with the squadron to Bircham Newton and served with it until April 1940 as an Acting Flight Lieutenant. In April he rejoined 66 Squadron, then at Duxford.

In the afternoon of 4th October 1940 Gillies took off from Gravesend with P/O H M T Heron and P/O AB Watkinson to intercept straggling bombers. At 13000 feet over the coast in the Hastings/Dungeness area they sighted a He111 which they chased through cloud and attacked. Gillies called up on the R/T to say that he was going down to land but gave no reason. The other two pilots made further attacks on the Heinkel, which escaped into cloud. Gillies was not heard from again and his body was washed up on 21st October on the Suffolk coast at Covehithe, south of Lowestoft. His Spitfire, X4320, must have crashed into the sea.

Gillies is buried in the Thornton Garden of Rest, Lancashire - Sec. A. Grave 50.