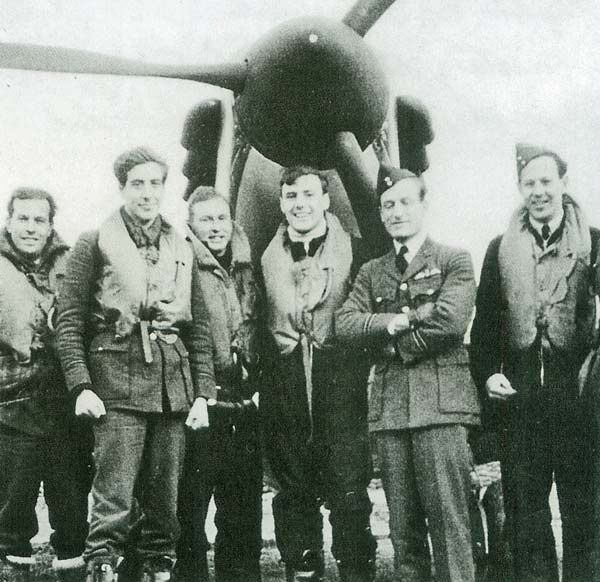 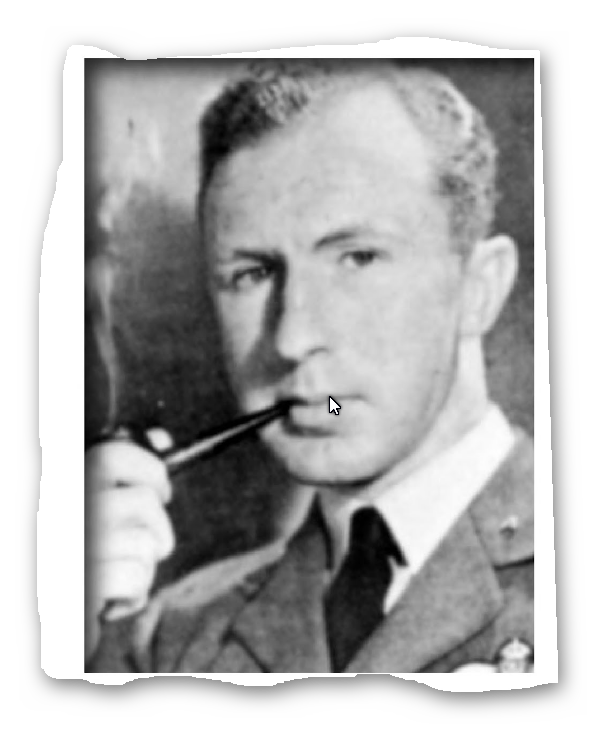 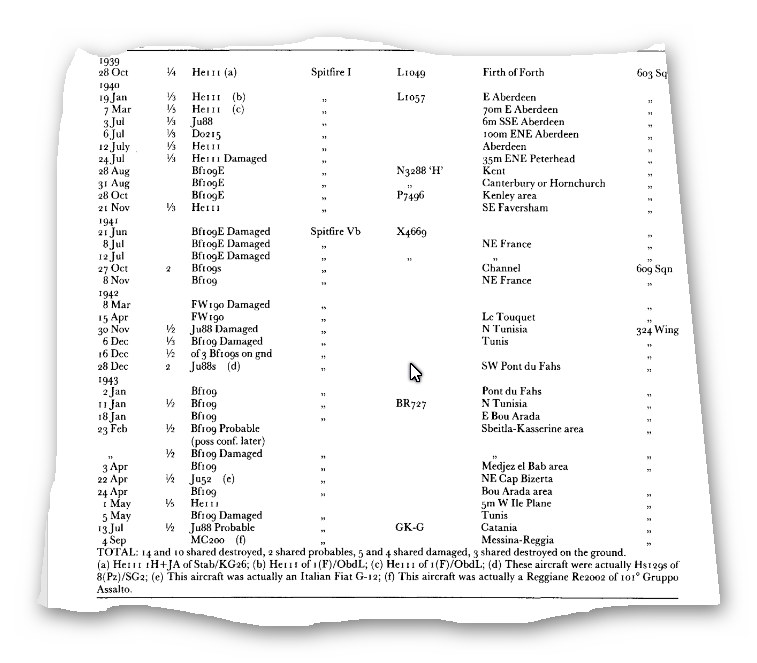 < = expand >
George Kemp Gilroy was born in Edinburgh on 1st June 1914. After finishing his education he took up sheep farming. He joined 603 Squadron Auxiliary Air Force in 1938 and was called to full-time service on 23rd August 1939.

He shared in destroying a He111 over the Firth of Forth on 28th October 1939, the first enemy aircraft to crash on British soil in the war.

Gilroy destroyed Me109's on 28th and 31st August. On the latter day he was shot down in combat over London and baled out. Mistaken for a German, he was attacked by a crowd on landing and admitted to King George Hospital, Ilford. His Spitfire, X4271, crashed on to 14 Hereford Road, Instead.

Citation:
"Since this officer was awarded the Distinguished Flying Cross in July, 1940, he has destroyed an additional 7 enemy aircraft and damaged a further 2, making a total of 10 destroyed and 4 damaged. Under his command his squadron has met with considerable success in the destruction of enemy aircraft. He is a first class fighter pilot and an excellent leader."

He was discharged from the hospital on 17th September and rejoined 603 the same day. He claimed a Me109 destroyed on 28th October (Messerschmitt Bf109E, flown by Unteroffizier Artur Gonschorrek, was shot down at 2.30pm on October 28, 1940, by Pilot Officer George Kemp Gilroy of 603 Squadron. The pilot bailed out, was captured, and became a prisoner of war). and shared a Me110 on 7th November.

On 8th November Gilroy was slightly wounded in combat and was posted to RAF Hornchurch as non-effective sick. He rejoined 603 on 14th November and shared a He111 on the 21st.

He was badly injured in an accident on 17th December 1940, the squadron had moved to Drem but as Sgt Price landed he ran into Gilroy's Spitfire. After several months off flying, Gilroy rejoined 603 during the second week of February 1941.

On 2nd January 1943 Gilroy claimed a Me109 destroyed and shared another on the 11th and destroyed one on the 18th. He was in collision with Flt Lt. EB Mortimer-Rose over Souk-el-Khemis on 28th January and baled out, slightly injured. Mortimer-Rose was killed.

In November 1943 Gilroy was promoted to Group Captain and returned to the UK, where he took command of RAF Wittering and later RAF Blakelow. He was awarded the DFC (US) (gazetted 14th November 1944).

After release from the RAF Gilroy rejoined the Auxiliary Air Force and commanded 603 Squadron from June 1946 to 23rd September 1949.

Ref
Battle of Britain Monument
Kent Messenger Maidstone
Men of The Battle of Britain: A Biographical Dictionary of The Few
Aces High: A Tribute to the Most Notable Fighter Pilots of the ..., Volume 2
North Weald Airfield Museum Archives