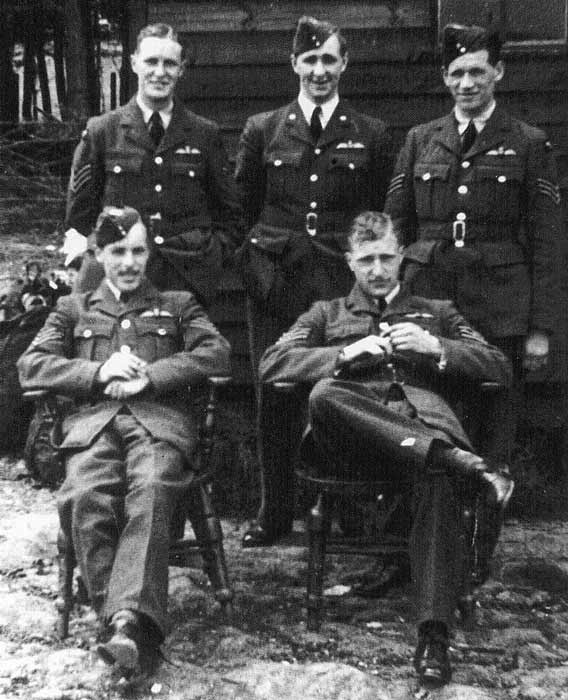 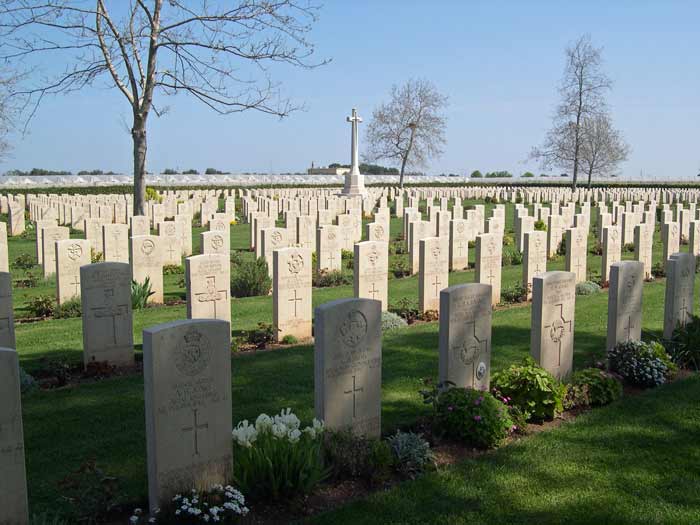 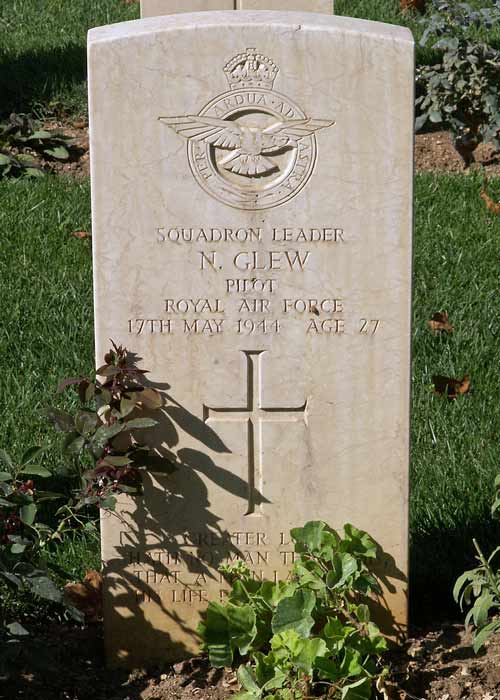 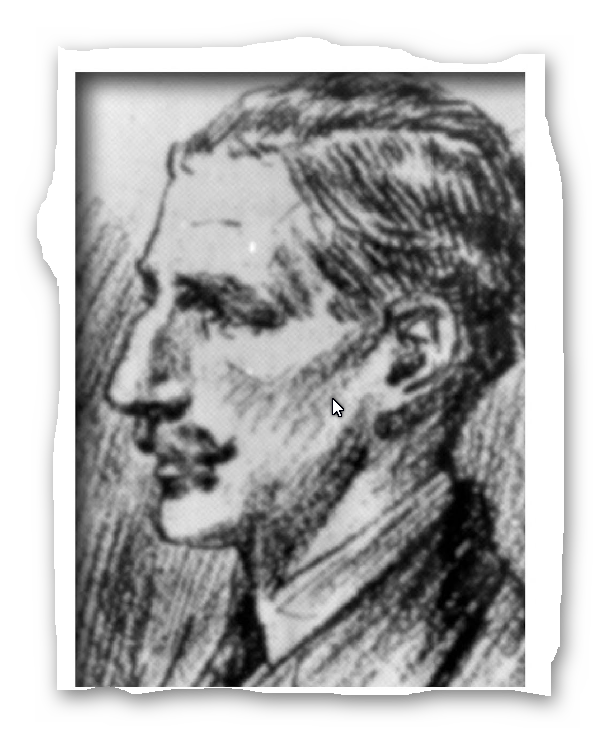 < = expand >
Norman Vipan Glew, from Derby, was born in November 1916 and joined the RAFVR in November 1938 as an Airman u/t Pilot. He carried out his weekend training at Burnaston aerodrome. Called to full-time service on 1st September 1939, Glew was posted to 1 ITW Cambridge after which he went to 3 FTS South Cerney.

He joined 72 Squadron at Acklington on 19th June 1940, where he was given the nickname 'Sticky'. The squadron moved south to Biggin Hill in August. On 23rd September Glew claimed a share in the destruction of a Me109 and on the 27th he destroyed a Do17.

He moved to 41 Squadron at Hornchurch on 7th November 1940, remaining with the squadron until May 1941 when he was posted overseas. On 17th May Glew embarked on the aircraft carrier HMS Victorious at Scapa Flow. He flew off near Majorca on 14th June for Malta, refuelled and then went on to Egypt, reaching Mersa Matruh on the 16th. Glew joined 260 Squadron and was stationed at Haifa until October. He was commissioned in August 1941.

The squadron moved to the Western Desert in October 1941. Glew damaged a Me109 on 2nd January 1942 and his Hurricane was damaged by Me109's on 26th March when Glew was on his way back from Martuba to Tobruk. In 1943 Glew was with 229 Squadron in Malta, moving with it to Catania, Sicily in January 1944. He took command of 1435 Squadron at Brindisi in March as an Acting Squadron Leader.

Glew was killed there on 17th May aged 27 when his Hurricane KX929 struck the ground near Brindisi when engaged in a mock dogfight with a Spitfire.

Son of Capt. Norman H. Glew and Mildred A. Glew, of Derby.