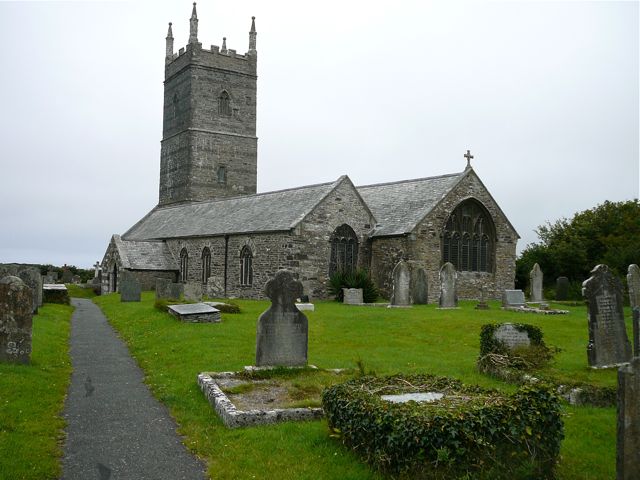 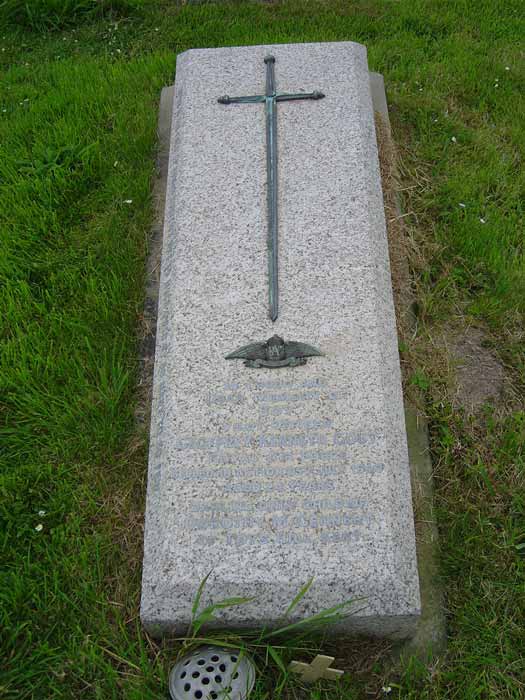 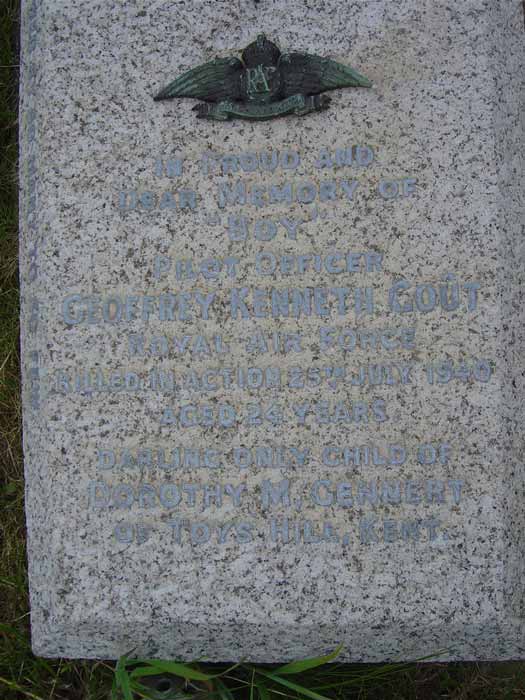 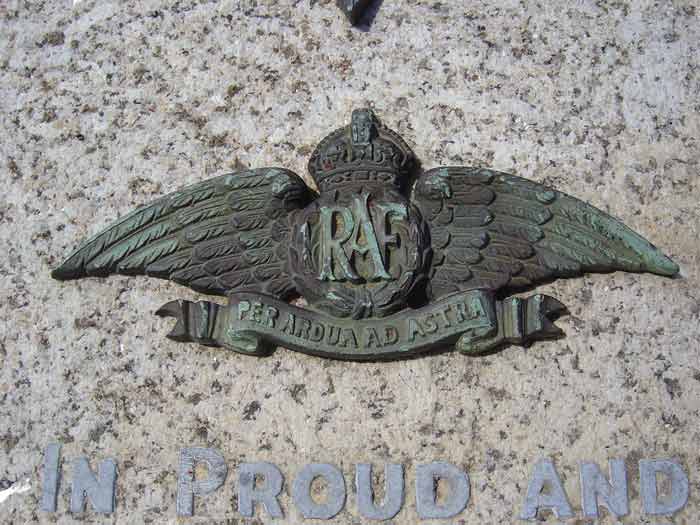 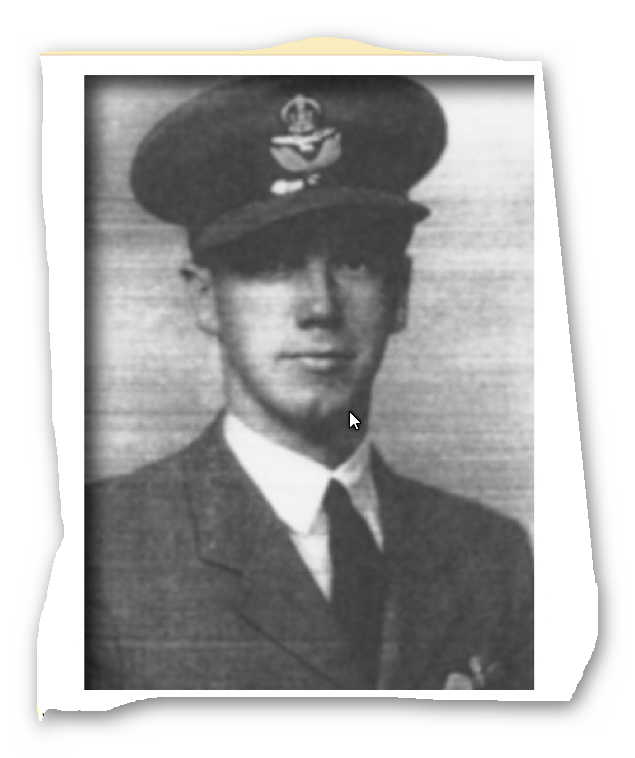 < = expand >
Geoffrey Kenneth Gout was educated at New Beacon School, Sevenoaks. He was a keen motorist and raced at Brooklands before the war. He joined the RAF on a short service commission in February 1939 and, after completing his training, he was posted to 234 Squadron at Leconfield at its reformation there on October 30th 1939.

Gout was killed on July 25th 1940 when his Spitfire, P9493, crashed near Porthowan during a routine flight, cause unknown.

On return the airfield was blacked out, the pilot became disorientated while low on fuel and crashed near Porthowan. (RAF St Eval WW2 Historical Page).