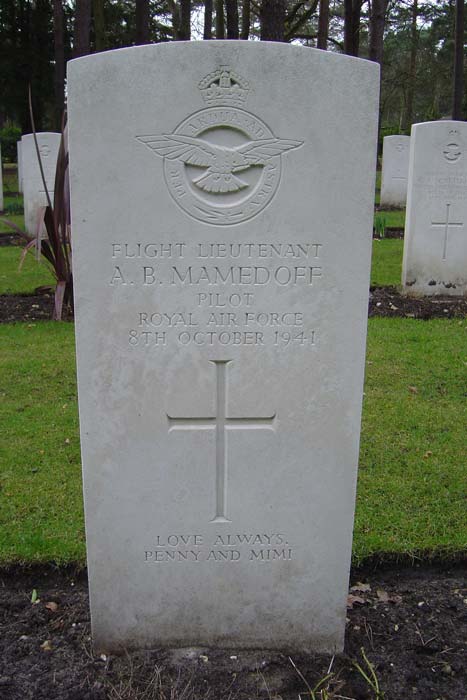 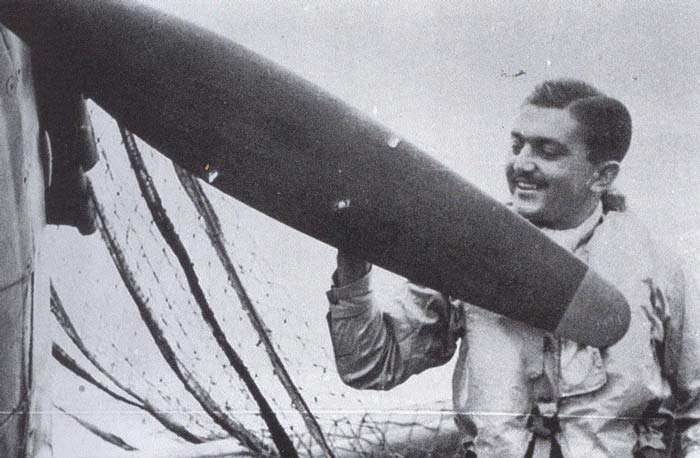 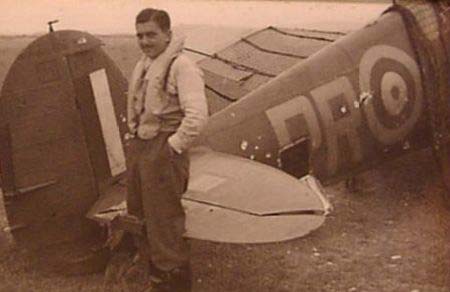 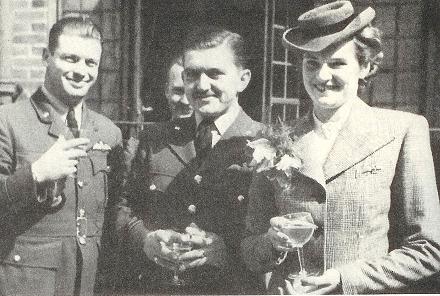 < = expand >
Andrew 'Andy' Mamedoff was born on 24th August 1912 and grew up in Thompson, Connecticut, USA. He learned to fly and owned his own plane, performing at airshows and attempting to set up charter services in Miami and later Southern California.

He travelled to Europe intending to fight for Finland against Russia. Arriving after the Finnish war ended he then enlisted (with his close friends Eugene Tobin and Vincent Keough) in the French Air Force but the chaotic conditions resulting from the German invasion resulted in them being shunted around France without ever being allocated a squadron or aircraft. Seeing that all was lost they managed to join the last ship from the port of St Jean-de-Luz and join the RAF in England.

Following Spitfire conversion training at 7 OTU Hawarden Mamedoff was sent to No 609 Squadron on the 8th of August 1940 at Middle Wallop.

On the 19th of September 1940 Mamedoff (plus his two friends) were the first pilot arrivals at the newly-formed 71 'Eagle' Squadron at Kirton-in-Lindsey, Lincolnshire.

On a transit flight from Fowlmere to Eglinton, Northern Ireland on 8th October 1941 his Hurricane Z3781 crashed in poor weather near Maughold, Ramsey, Isle of Man and he was killed.