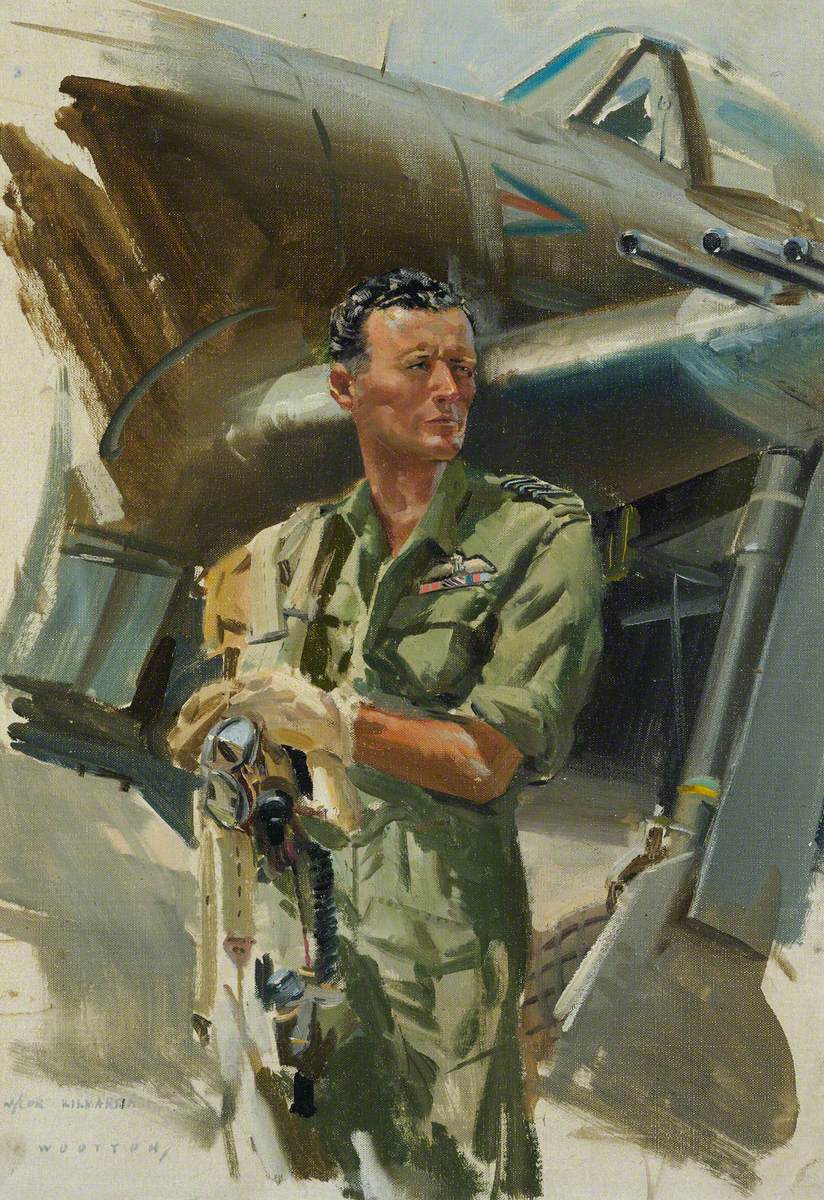 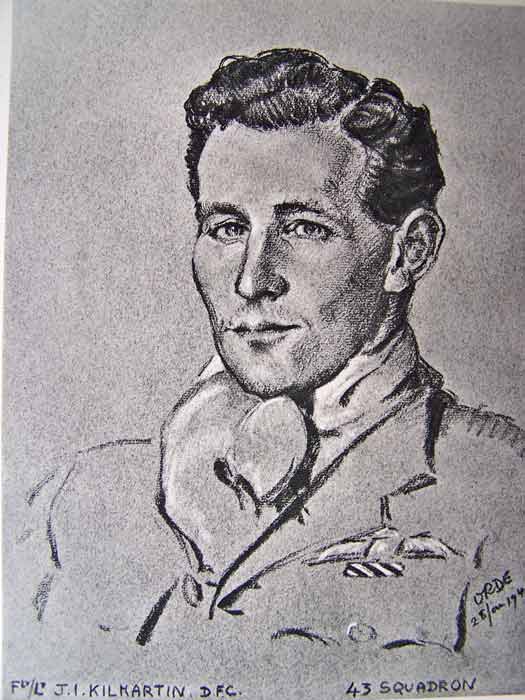 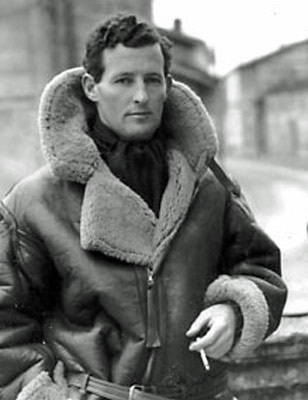 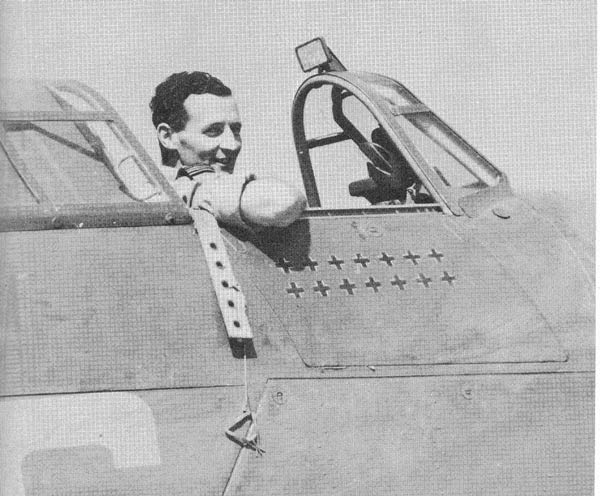 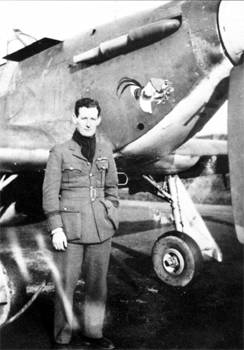 < = expand >
John Ignatius Kilmartin was born in Dundalk, Ireland on 8th July 1913, the son of a forester and one of eight children. His father died when he was nine years old and he was shipped out to Australia under a scheme to resettle deprived children.

He worked on a cattle ranch in Australia and as a bank clerk in Shanghai, where he was a professional jockey in his spare time. He joined the RAF on a short service commission in February 1937. He was posted to 6 FTS Netheravon on 5th June 1937 and joined 43 Squadron at Tangmere on 8th January 1938.

At the request of the CO the exhausted pilots of No. 1 were withdrawn to England on 24th May, to be replaced by fresh pilots. Kilmartin was posted to Sutton Bridge to instruct at 6 OTU but on 11th June he was posted to 5 OTU Aston Down. He crashed on the aerodrome there on 16th August in Hurricane P3452, unhurt.

On 4th September he rejoined 43 Squadron at Tangmere, claimed a Me110 destroyed on the 6th and a Me109 on the 7th. The squadron went north to Usworth on the 8th.

Citation:
"Flying Officer Kilmartin has destroyed twelve enemy aircraft. His dash and determination, with clear thinking, combine to make him a magnificent leader."

He was given command of 602 Squadron at Ayr in April 1941. He was posted away on 10th May to form 313 Squadron at Catterick but the posting was changed and he went instead to West Africa. Kilmartin took command of 128 Squadron at Hastings, Sierra Leone in March 1942 and led it until August, when he returned to the UK.

In November he went to 504 Squadron at Middle Wallop, as supernumerary Squadron Leader. He took command of the squadron in January 1943 and on 30th March was promoted to lead the Hornchurch Wing, which he did until 30th May.

He then served in Burma on Thunderbolts and commanded Medan airfield in Sumatra.

After the war Kilmartin stayed in the RAF and held several positions in NATO until 8th July 1958, when he retired as a Wing Commander. He married and settled in Devon where he ran a chicken farm.