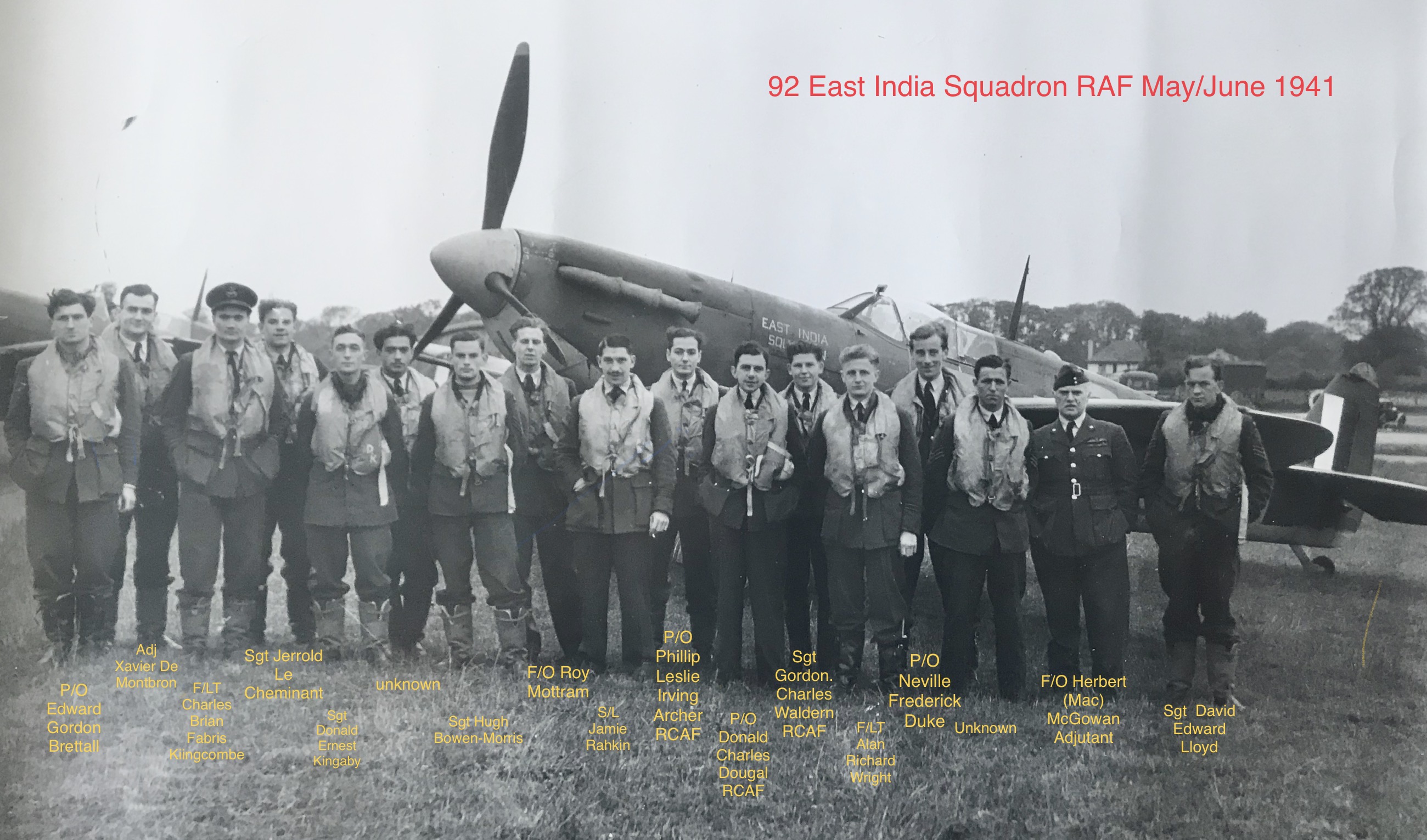 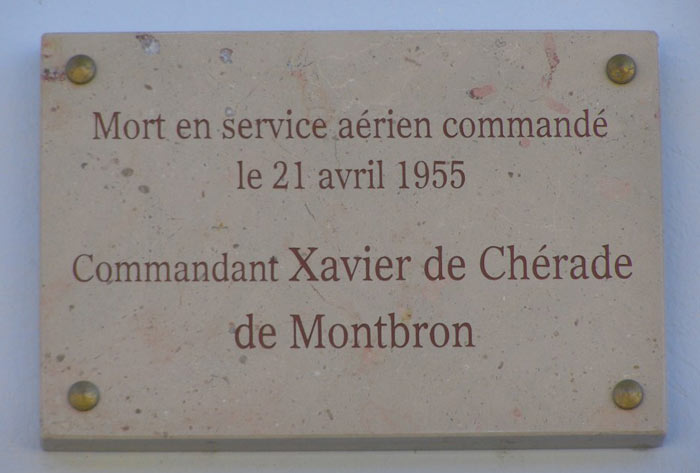 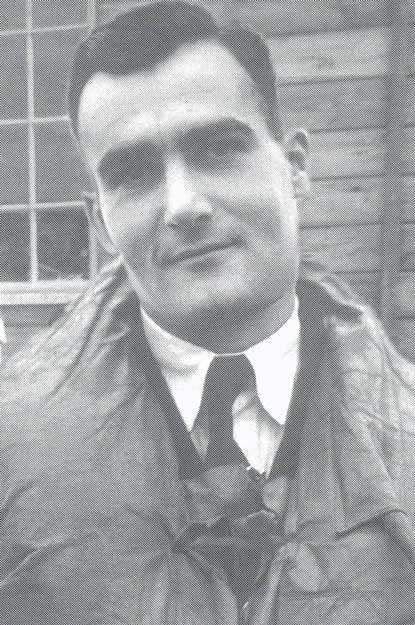 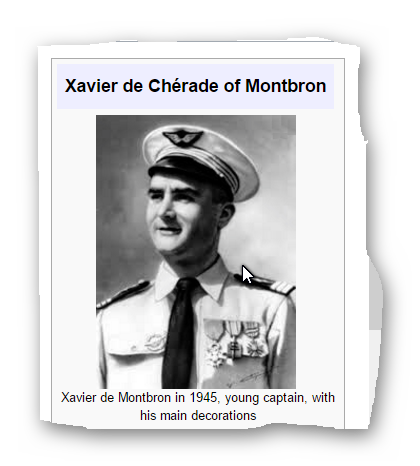 < = expand >
Xavier de Cherade de Montbron was born at Chateau Forsac, the family home at Benayes in the department of Corrèze, on 18th August 1916.

After studying at Sarlat Jesuit college he was called up for his military service in November 1938. He transferred to the Air Force in March 1939 as a cadet and received his wings in November 1939.

He was serving as a Sergeant-Pilot at the flying school at Avord when the Armistice was signed on 22nd June 1940. The flying school was evacuated first to the Pyrenees then by ship from Bayonne to Morocco. Anxious to join the Free French in England, de Montbron and several like-minded French airmen boarded the French armed trawler President Houduce in Casablanca on 3rd July 1940, arriving in Liverpool on the 13th.

De Montbron and ten other French airmen went to RAF St. Athan for assessment and on 29th July de Montbron and other French pilots moved to No. 1 School of Army Co-operation at Old Sarum. He moved to Odiham on 10th August where he flew about 15 hours on Tiger Moths and Hectors before being posted to 6 OTU, Sutton Bridge on 19th August.

De Montbron joined 64 Squadron at Leconfield on 19th September and moved to 92 Squadron at Biggin Hill on 2nd October. He shared in the destruction of a Me109 on 1st November, shared a Ju88 on the 9th and probably destroyed a Me109 on 1st December.

Commissioned in March 1941, de Montbron was shot down and wounded over Saint-Omer on 3rd July 1941 in Spitfire Vb X4476 SH-S. He was taken prisoner but, passing himself off to the Germans as a French-Canadian, he was imprisoned in Oflag XXI.

Released in May 1945, he continued his career as an officer in the Air Force with the rank of captain, serving at the fighter school in Meknes, French Morocco. He returned to France in May 1949 and was posted to Dijon air base. While serving at the French Air Force experimental centre at Mont-de-Marsan in 1955, de Montbron was killed on 21st April when Vampire X4476 crashed.

He is buried in Benayes.