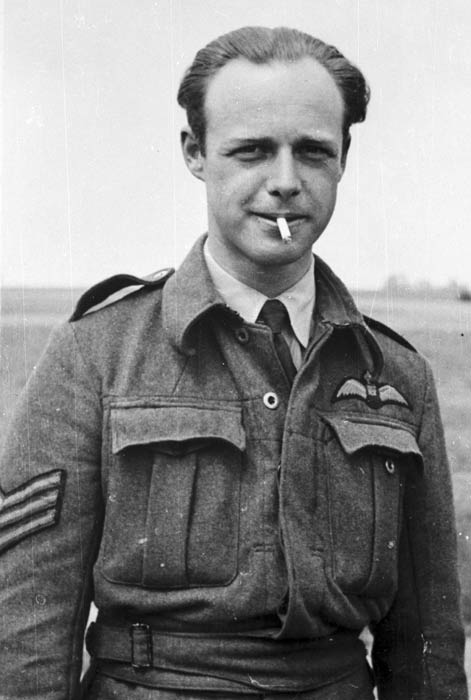 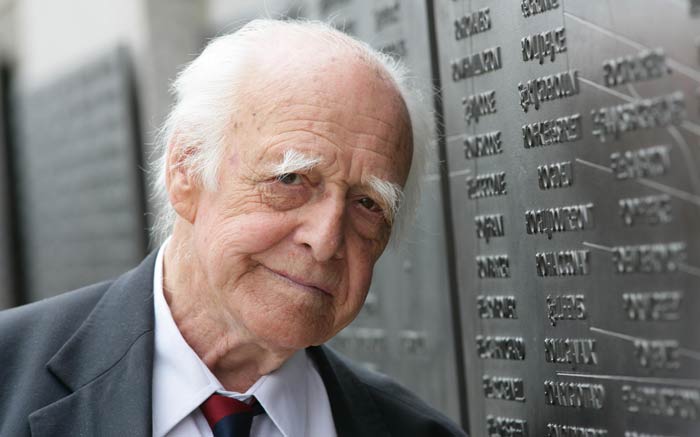 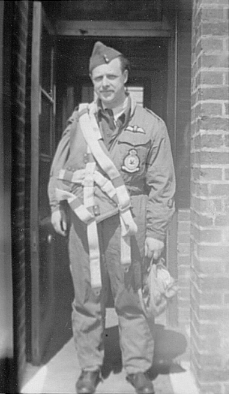 < = expand >
Leopold Heimes was born in Merbes-le-Chateau, Belgium on 30th August 1916. He joined the Belgian Air Force in March 1936 as a trainee pilot. He was taken off the course and reassigned as an Air Gunner with 5/III/2 Squadron which was the first Belgian night fighter Squadron, operating two-seat Fairey Fox Ivc aircraft. He remained with them until the start of the war.

As the Germans occupied Belgium the squadron withdrew to Moissac in SW France. Volunteers were called for, to travel to Bordeaux and start training on twin-engined aircraft. These would then fly over Belgium dropping leaflets. Heimes volunteered for this, however on arriving at Bordeaux it became apparent that no such course existed. They made their way to the British Embassy where the Air Attaché, Air Commodore Parry, offered them the opportunity to travel by boat to England.

In June 1940 Heimes boarded the P & O ship ms Ettrick and travelled to Plymouth. Once in England he was sent to Tenby where the Belgian forces were being concentrated. On 23rd August 1940 Heimes was inducted into the RAF and was immediately posted as an air gunner to 235 Squadron at Bircham Newton. He flew mainly with his fellow Belgians Sgt. OG Lejeune and Sgt. AA Michiels.

On one occasion during the Battle he was flying in a vic of three Blenheims when they spotted a He115 Floatplane which was heading across the North Sea towards Denmark. They chased it and it dived for cover. Before they were in range the Heinkel crashed in to the sea and nosed over.

Heimes left 235 Squadron in October 1940 and was posted to 272 Squadron at Aldergrove. He did not fly operationally with them as he had no wireless operator training. He applied for pilot training and was accepted, going on 19th April 1941 to 13 EFTS at Peterborough. He then went to 5 FTS at Ternhill where he trained on Masters and Hurricanes. He was awarded his wings on 1st October 1941, going on to 61 OTU Heston where Sailor Malan was the Wing Commander Flying.

He converted to Spitfires and was posted to RAF Valley to join newly-formed 350 (Belgian) Squadron. Whilst with them he baled out of a Spitfire Mk. 5 BM230/MN-F (Presentation aircraft - GERFALCON (C. W. Boise, Esq.)) after clipping the roof of the guardroom whilst attempting to land in a thunderstorm*. His starboard wheel and oleo were severely damaged and he could not raise or lower his undercarriage, giving him no alternative but to bale out.

He remained with 350 Squadron for one year, then being posted to Farnborough where he was tested for his ability to tolerate ‘G’ forces in fighter aircraft. While there he converted to twin-engine aircraft, training on Oxfords. His next posting was flying Ansons at 10 Radio School, Carew Cheriton where radio operators and navigators of Coastal Command were trained.

He completed a Blind Landings course at Cranwell before being posted to No. 3 School of General Navigation at Squires Gate where he specialised in navigating over the sea. He applied to convert to flying boats but instead was posted to 8 OTU Haverfordwest to qualify on Mosquitos. However after just two flights in April 1944 his posting to seaplanes came through and he went to 131 OTU at Killadeas near Loch Erne in N. Ireland to train as a second pilot on Catalinas. After successfully completing his course he went to the Station Flight at Castle Archdale where he remained until the end of the war.

Staying in the RAF post-war, in November 1945 he went to 1381 Transport Conversion Unit on Dakotas and was then sent to India at 76 India Command until June 1946. Returning to the UK he served with ‘C’ Flight of 525 Squadron, a unit that would later become the 15th Wing of the Belgian Air Force.

Further postings were 238 Squadron and later 24 Squadron at Bassingbourne where he transported VIPs. Heimes was gazetted as a Master Pilot on 1st April 1948 and went on to participate in the Berlin Air Lift with 10 Squadron of Transport Command.

Heimes left the RAF in 1951 and was hired by the Air Survey Company, which specialised in high altitude aerial cartography. With them he flew Dakotas photographing India and China for mapping purposes.

He returned to Europe in 1974, crossing the Atlantic several times in Dakotas for contracts in South America and the Caribbean. He then flew to the Middle East on DH Doves and Dakotas to perform geophysical research. He passed through Jordan, Kuwait, Dubai, Brunei, Saudi Arabia, Egypt and later went on to Iran and Pakistan.

A tireless traveller, Heimes later went to Uganda and Kenya, where he flew DH89 Dragon Rapides and later conducted flights in Dakotas over the Atlantic Ocean in search of oilfields.

Back in Britain, he flew for the Royal Aircraft Establishment to test new high-altitude photographic material. He also flew one of the Dakotas during the filming of the film 'A Bridge Too Far'. He then returned to Namibia and Sudan. In 1981 he retired as a professional pilot.

Heimes was the last of the 29 Belgian airmen who flew in the Battle of Britain. He died on 26th June 2009.

In October 1941 whilst with 350 Squadron we were scrambled from Friston to fly to the French coast and liaise with an RAF Mustang squadron that were searching for one of their pilots who was missing. They were beyond radio contact and our job was to intercept them and get them to return to base.

The canopy of my Spitfire had become jammed and would not close properly. After flying for some time I became frozen and on returning to Friston found that a severe thunderstorm had broken over the aerodrome.

In poor visibility my starboard main wheel clipped the roof of a hut that was being used as the guardroom. This caused the wheel and oleo to bend and damage the radiator and pitot tube. I immediately opened the throttle and started to climb away. Once I had reached a safe altitude I made a request to bale out.

The canopy was open sufficiently for me to get my head and shoulders out but I could not get my parachute pack through the gap. I remembered an incident in the mess some weeks before where another pilot had been shooting a line about putting his aircraft into a bunt and being ejected from the aircraft, I felt that this was my only hope.

I released my Sutton harness and clambered onto the seat. With one foot on the control column I reached down and pushed the throttle to fully open, then using my foot I pushed the stick forward, the aircraft went into a vicious outside loop (bunt). As it went over I was ejected through the canopy which shattered. I came down through the clouds and landed in the top of a large oak tree near Tunbridge Wells. I was eventually assisted to the ground by an artillery unit which was based nearby. My only injury was a severely bruised shoulder which probably happened when I hit the canopy.

When I told the pilot who had given me the idea in the mess he immediately confessed that he had made up the whole story.