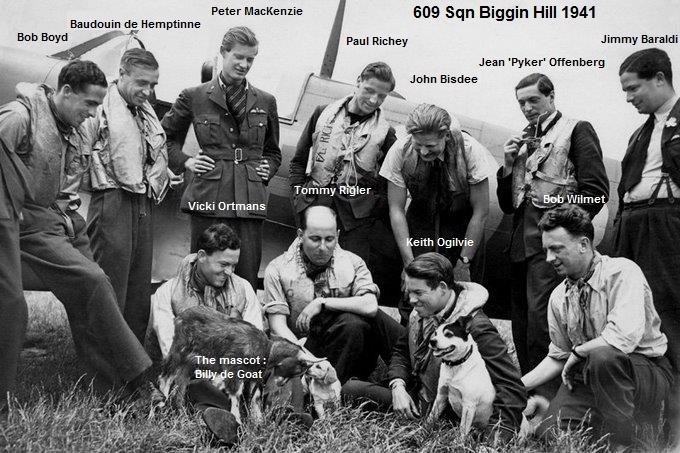 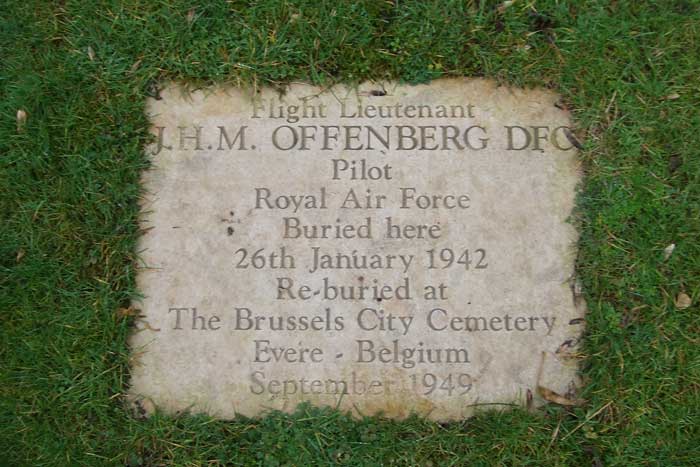 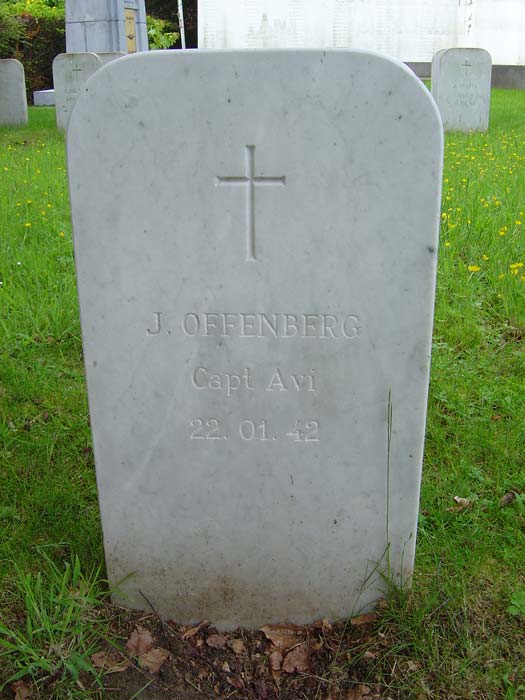 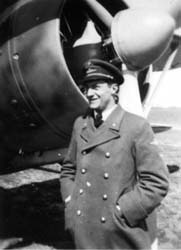 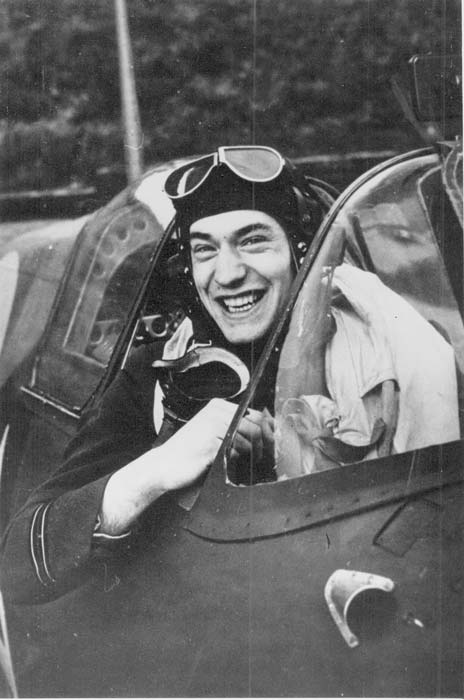 < = expand >
Jean Henri Marie Offenberg was born at Laeken on July 3rd 1916. When the Germans invaded Belgium he was a pilot in 2 Group, 4th Squadron, 2nd Regiment d'Aeronautique. He destroyed a Do17 on May 10th. After the country was over-run he flew with other pilots and their Fiat CR42's to France. At the request of the French the Belgians were put on aerodrome defence at Chartres. Offenberg and his fellow Belgian, A R Jottard took two Caudron Simouns on June 20th and flew to Corsica, then to Phillipeville, Algeria, then to Oujda, where the Belgians had set up a training school. Finding morale
there to be low the two took a train to Casablanca. Here they met some other Belgians, who were trainee pilots, and some Poles. The Poles had permission to sail that evening in a cargo boat for Gibraltar. The Belgians and some French airmen slipped aboard with them. They transferred to a British ship at Gibraltar and disembarked at Liverpool on July 16th 1940.

On 5th May 1941 Offenberg claimed a Me109 destroyed plus a He60 with another damaged. He was appointed 'B' Flight Commander on May 21st 1941 and awarded the DFC in June, the first Belgian to receive this award.

Citation:
"This officer carried out a lone patrol over Cherbourg, in cloudless conditions, in May 1941. During the sortie he attacked and destroyed a Heinkel 60 and damaged another. Later in the sortie he probably destroyed a Messerschmitt 109 and drove another off."

On June 17th 1941 Offenberg was posted to 609 Squadron at Biggin Hill. He destroyed a Me109 on June 22nd and another on July 7th. He was awarded the Croix de Guerre (Belgian) on the 21st and became 'B' Flight Commander on the 27th.

Whilst training a new pilot on January 22nd 1942, Offenberg was subjected to a mock attack by a pilot of 92 Squadron. This resulted in a collision and the tail unit of Offenberg's Spitfire (AB188/PR-Y) was cut off. He was only at 1000 feet, went into a vertical dive and was killed in the crash.

He was buried with full military honours on January 26th in Scopwick Church Burial Ground. As well as his five confirmed victories Offenberg was credited with five enemy aircraft probably destroyed and seven others damaged.

After the war his remains were reinterred at the Pelouse d’Honneur Cemetery in Brussels at Evere.