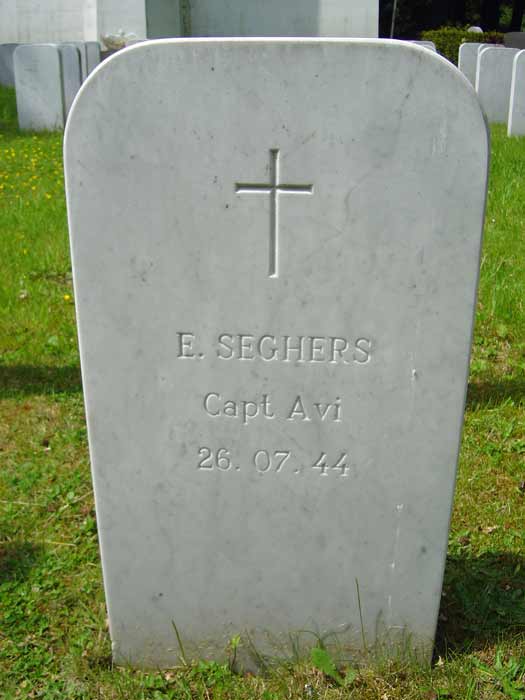 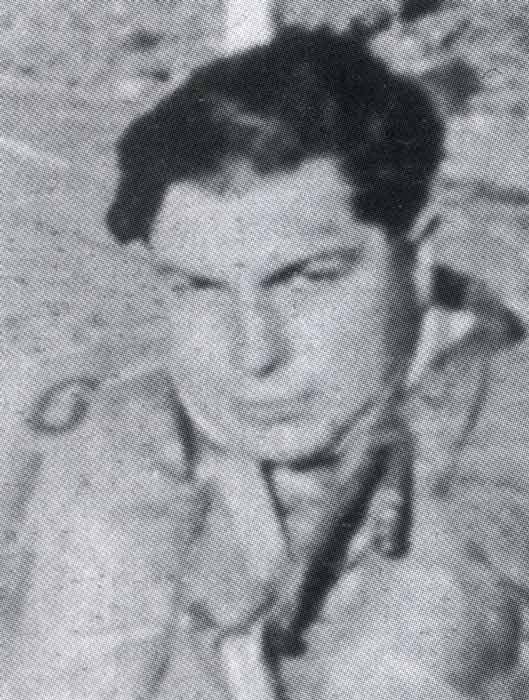 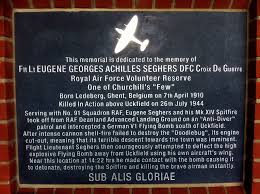 < = expand >
Eugene George Achilles Seghers was born in Ledeberg, Ghent, Belgium on 7th April 1910. After completing his education he enlisted in the Belgian Army in July 1929 but decided to transfer to the Air Force, entering flying school in March 1930. His first posting was to the 1st Aviation Regiment (5/III/1) at Gossoncourt in July 1931.

A posting to the 2nd Regiment (6/III/2) at Nivelles followed in September 1935, he then went to the Evere Weapons School in March 1938. The German attack on 10th May 1940 found him back with the 2nd Regiment as Adjutant. The surviving Belgian air forces withdrew to France to regroup, Seghers finding himself at Maugio airfield at Montpelier.

After the French armistice Seghers and five other Belgian pilots made their way to Port Vendres where they embarked on the SS Apapa on the 24th June. After arriving in Liverpool via Gibraltar on 7th July, Seghers was commissioned in the RAF on the 19th. He was posted to 7 OTU Hawarden on the 30th and, after converting to Hurricanes, he joined 32 Squadron on 4th August.

Seghers was shot down by Me109’s on 24th August and baled out into the sea, unhurt. His Hurricane, V6567, crashed at Tedders Leas, near Elham. He moved to 46 squadron on 12th September.

From March to June 1943 Seghers commanded 165 Squadron at Peterhead in Scotland. There were further postings to 52 OTU as an instructor in June 1943 and the Central Gunnery School in April 1944.

Seghers was killed on 26th July 1944 flying Spitfire RM743 as a Flight Lieutenant attached to 91 Squadron at Deanland. He was attacking a V1 over Uckfield, Sussex but misjudged his distance and struck it, causing it to explode.

After the war his remains were exhumed and repatriated to the Pelouse d'Honneur Cemetery in Brussels. Belgium Row 3. Seghers was awarded the DFC (gazetted 13th February 1943).