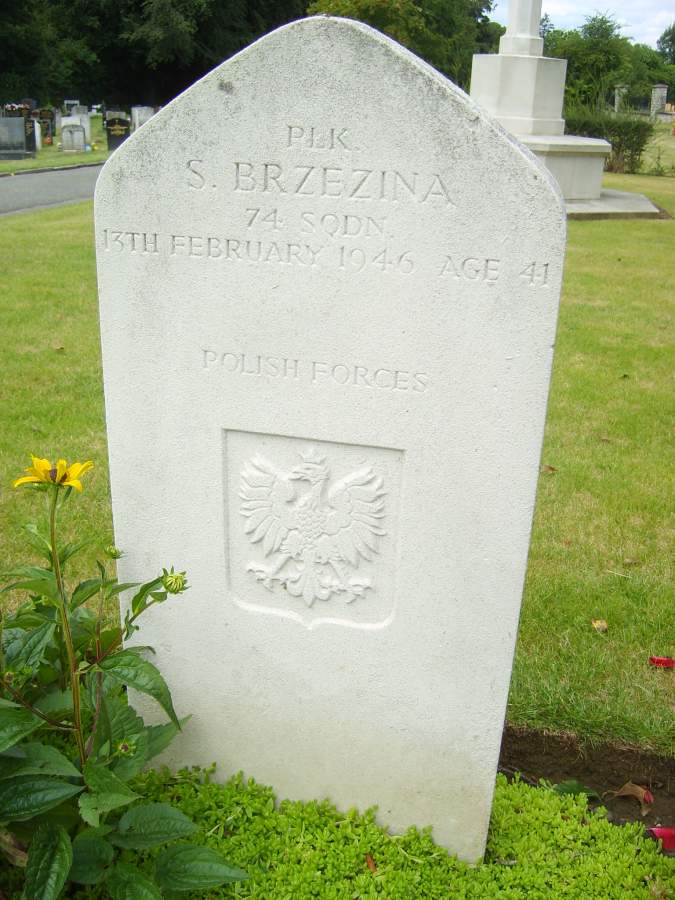 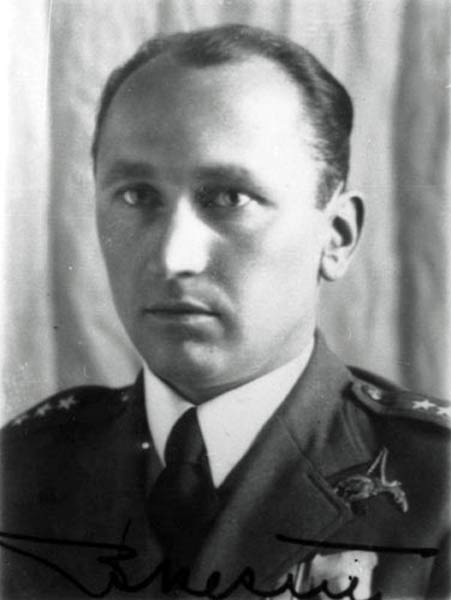 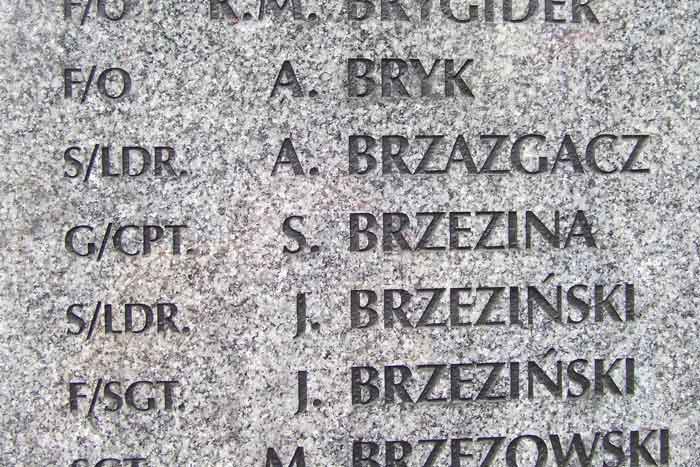 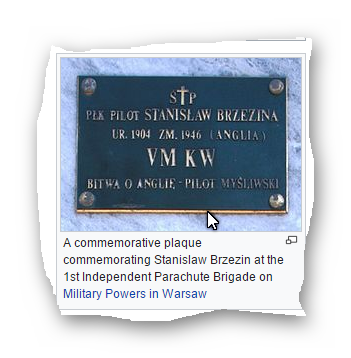 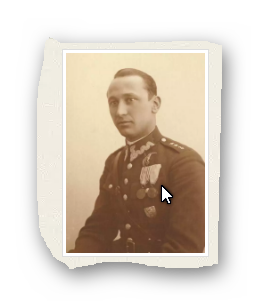 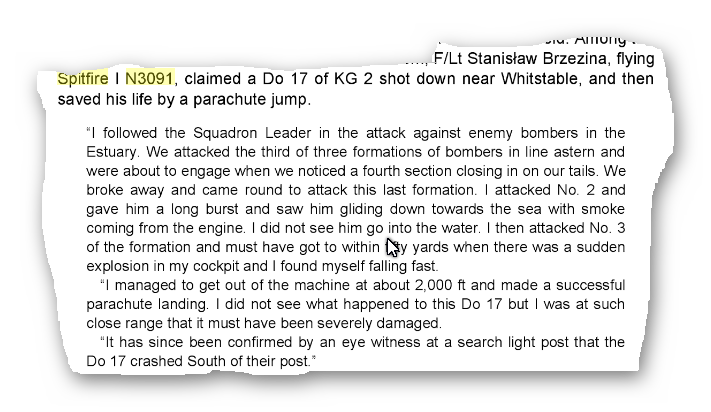 He served in the Polish army before enrolling in the Infantry Officer Cadets School in 1924, moving on to the Polish Air Force Cadets School in 1925. In 1927 he was posted to 3 Air Regiment, completing his pilot's course at Deblin in 1929. He a posting to 2 Air Regiment before becoming a navigation instructor at Deblin in April 1931. He then spent three years with 4 Air Regiment until March 1938 when he took up a post at the flying school at Grudziadz. He flew operationally in the September 1939 campaign before escaping through Romania to the UK. He was commissioned in the RAF in February 1940.

After converting to Spitfires at 5 OTU Aston Down Brzezina was posted to 74 Squadron at Hornchurch on 5th August 1940. He served alongside another Pole, Henryk Szczesny. Because their RAF colleagues found it difficult to pronounce their names they were christened 'Breezy' and 'Sneezy'.

On 13th August he shot down a Do17 and damaged another over the Thames Estuary but his Spitfire, N3091, was hit by return fire. There was an explosion in the cockpit and Brzezina baled out, unhurt, and landed safely.

He was posted away on 25th September to take joint command of 308 Squadron, then being formed at Baginton. Brzezina was awarded the VM (5th Class) (gazetted 1st February 1941). He took command of 317 Squadron at Colerne in June 1941. On 10th July he destroyed a Me109.

Brzezina was killed in a flying accident en route from Germany to England on 13th February 1946.

Dakota III KG397 was transporting personnel from Buckeburg in Germany to Croydon. In poor weather the pilot put down at Manston to check the forecast for the last leg. En route again he overshot Croydon and entered a descending turn to re-approach. The aircraft struck a ridge at 700 feet, carried on across a valley and hit the ridge on the other side at Beech Farm, Warlingham, Surrey.

Eight people, including Brzezina, were killed, fourteen seriously injured and two uninjured. Those lost were: