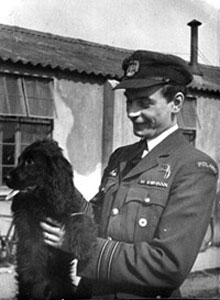 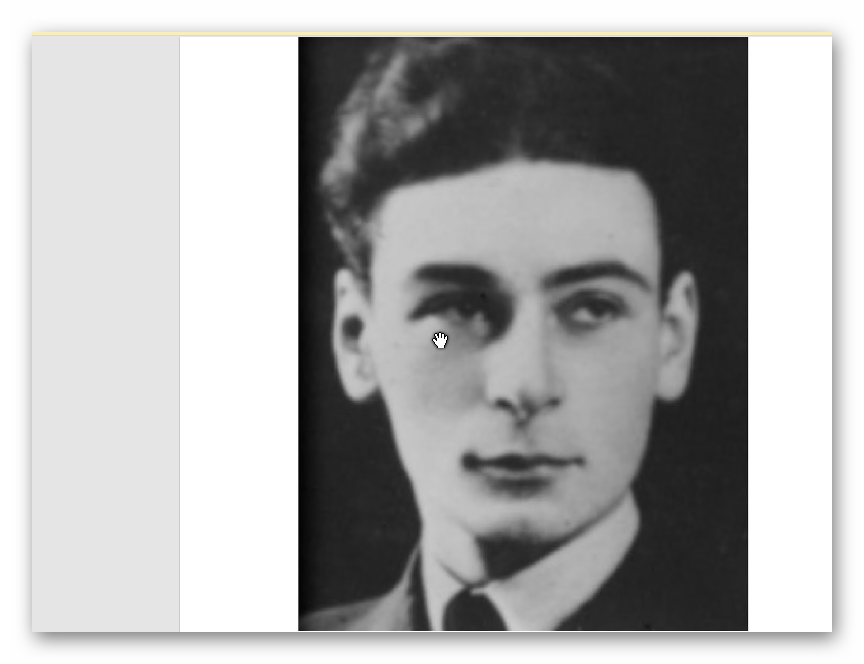 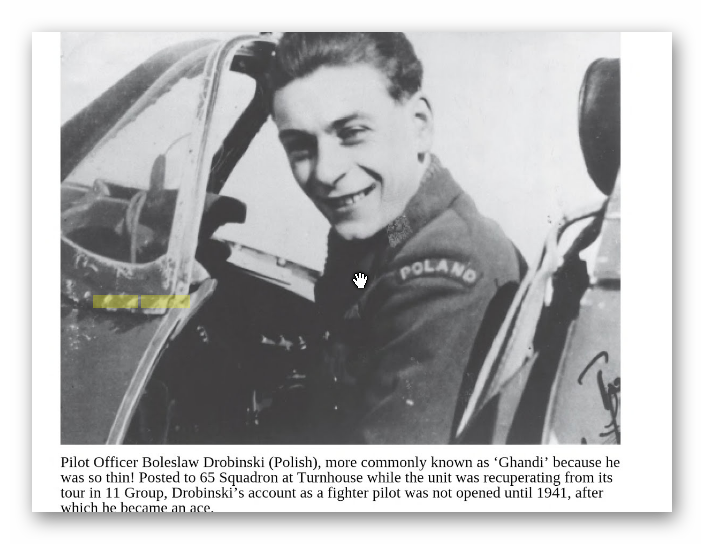 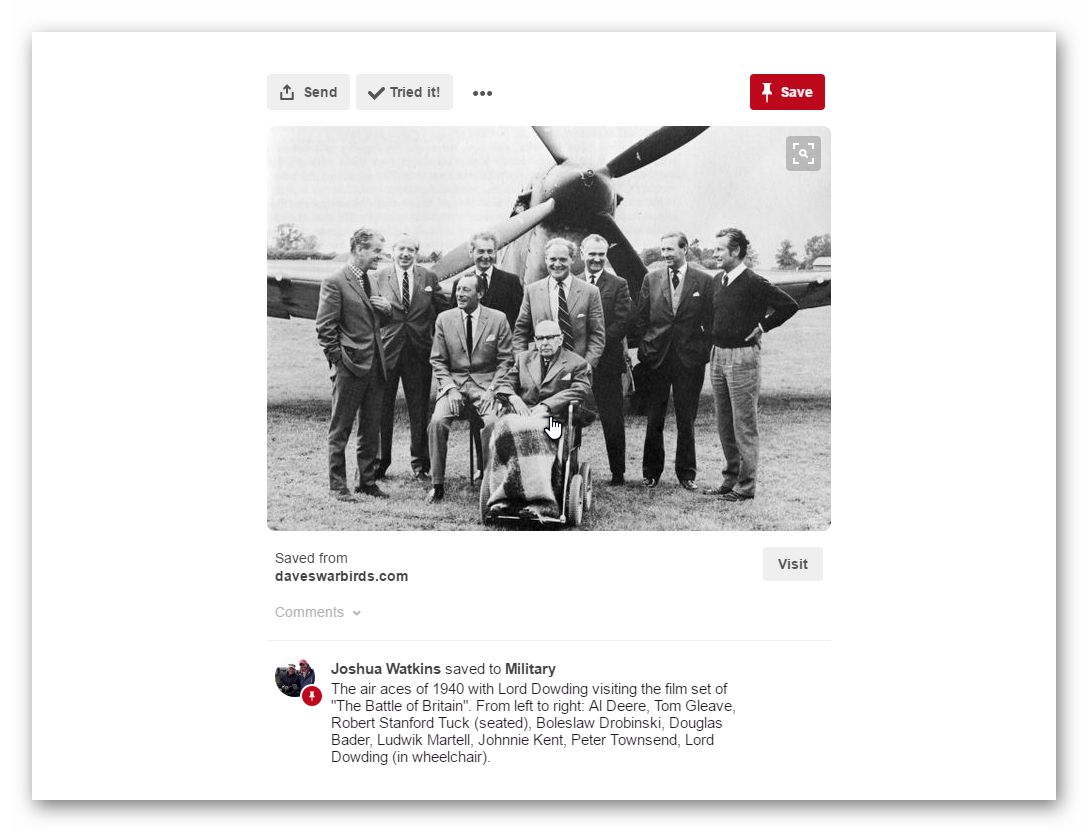 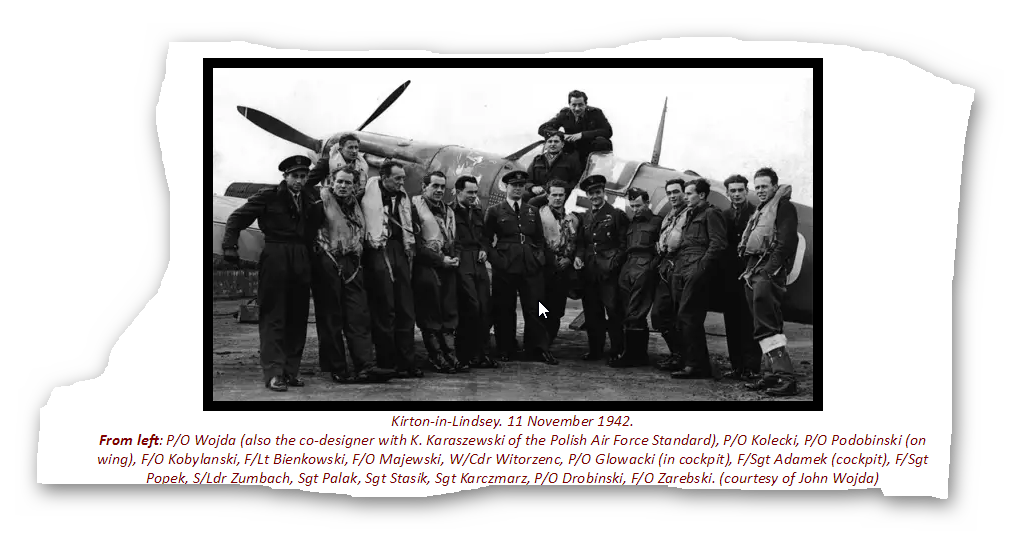 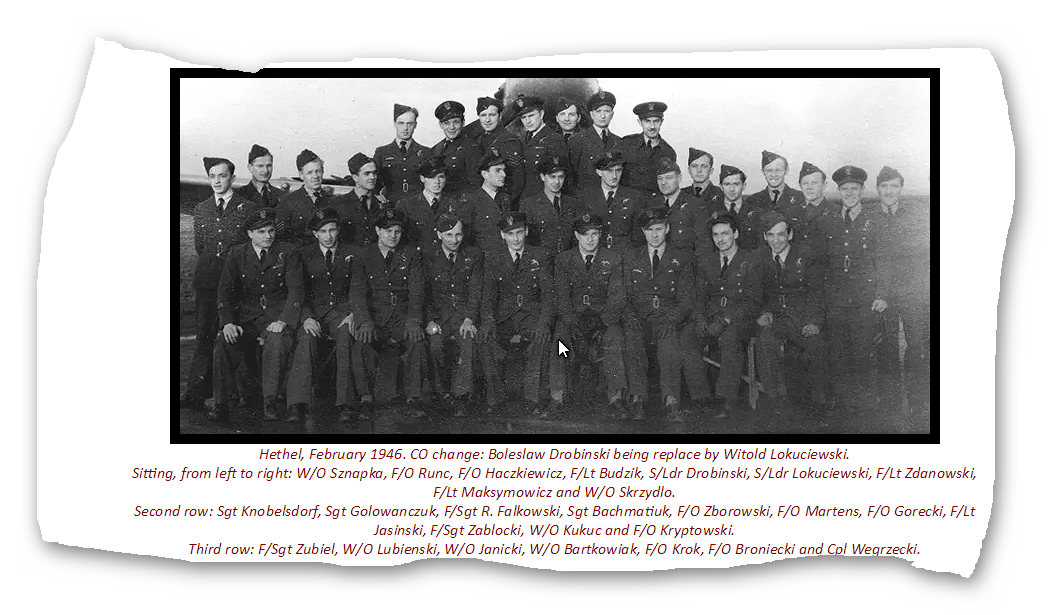 < = expand >
Boleslaw Drobinski was born at Ostrog in Poland on 23rd October 1918 and educated at Dubno High School. He joined the Polish Air Force on 1st January 1938 and finished training on 31st August 1939.

The following day Drobinski and other pilots went to south-east Poland, expecting to pick up Hurricanes that were being sent from the UK to Romania. This never happened.

In mid-September Drobinski was ordered to go to Romania and he was interned there. He escaped, went to the Polish consulate in Bucharest and was given money and papers to enable him to reach France, via Yugoslavia and Italy. Upon reaching France, he went to Cherbourg and then Southampton, arriving in January 1940.

He was commissioned in the RAFVR on the 27th and was posted to RAF Eastchurch for an induction course and tuition in English. He moved to the Polish Wing at 3 School of Technical Training Blackpool on 1st June 1940.

Drobinski went to No. 1 School of Army Co-operation at Old Sarum on 22nd July on the 3rd Polish Pilots Course, for testing and grading. He moved to 7 OTU Hawarden on the 29th and after converting to Spitfires joined 65 Squadron at Hornchurch on 22nd August. The squadron moved north to Turnhouse on the 28th of the month.

His final victory was a Me109 on 13th March 1942. Five days later he was posted to 58 OTU Grangemouth as an instructor.

Drobinski was posted to 317 Squadron at Northolt on 18th October 1943 as a Flight Commander.
He was appointed ADC to the Polish Minister of Defence on 3rd April 1944.

Drobinski went to HQ 11 Group on 20th March 1946 as Polish Liaison Officer. He was released in 1948 as a Squadron Leader.

He called at the Aliens Office to obtain a British passport.

'You will have to wait five years' he was told by a civil servant.

'But I have been fighting with the RAF and Polish Air Force since 1940' pleaded Drobinski.

'Oh, that doesn't count' said the official 'you came here without permission to land'.

Drobinski took up a family invitation to work in an oil business in America. After six years he returned to Britain to help his sick father-in-law to run his farm. In 1960 he was finally granted British citizenship.