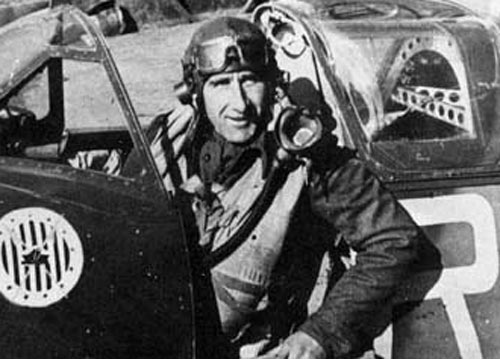 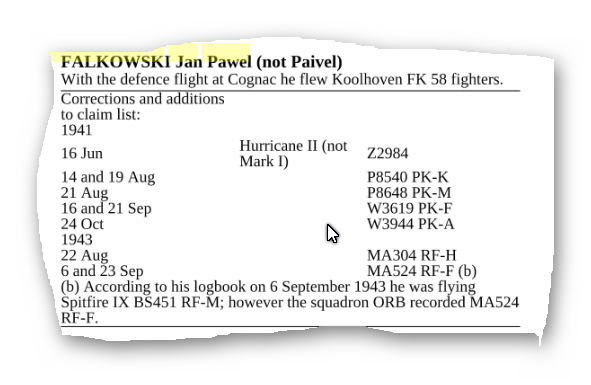 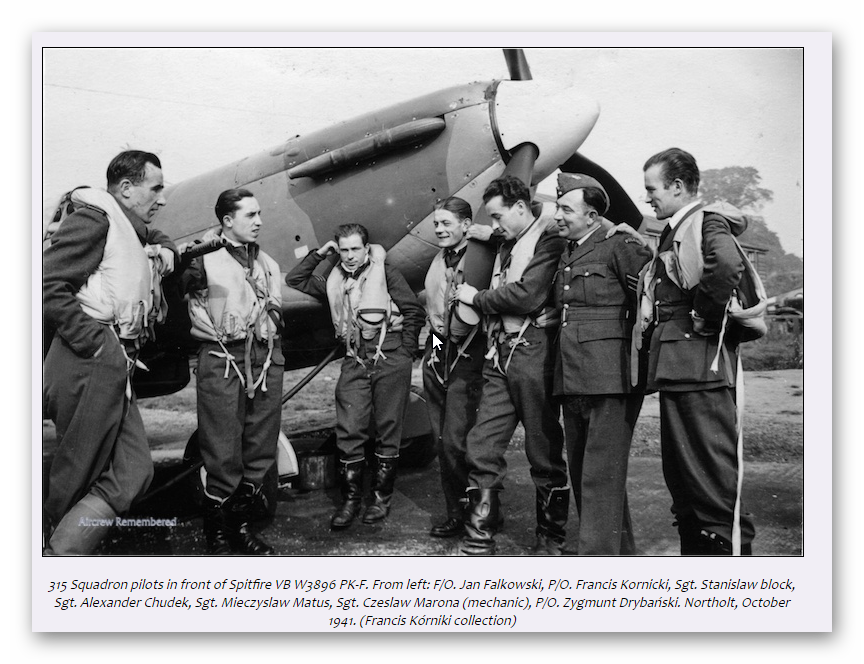 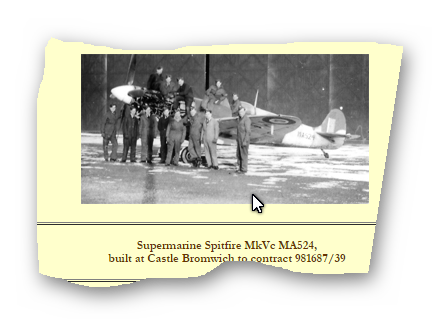 < = expand >
Jan Pawel Falkowski was born in Pochulanka, Poland on 26th June 1912. At an early age he went with his family to Siberia where his father was employed. His parents died there and Falkowski and his brother were assigned a Polish widow as guardian, she was unable to get them back to Poland until 1922.

He took up his education and after high school entered the Faculty of Agriculture at Stefan Batory University.

In May 1932 he went to Lwow for a flying course open to university students. In 1934 he enrolled in the Polish Air Force Officers School and continued training as a fighter pilot.

Commissioned in late 1936, Falkowski was posted to Squadron 4 of the 3rd Air Regiment at Torun, after two years going on to the Flying School at Deblin as an aerobatics instuctor.

After the German invasion Falkowski escaped with many Polish airmen to Romania, passing through that country to Yugoslavia and then Italy, from where he made his way to France, arriving in Paris on 9th October.

In late January 1940 he was posted as an instructor to the Polish depot at Lyons-Bron.

After the German attack in May Falkowski was posted to the airfield defence flight at Cognac. After the armistice he embarked on the Polish ship ms Batory at St. Jean de Luz and sailed for England on 23rd June.

Processed into the RAF on 7th July, he was sent for assessment and training, going to 5 OTU to convert to Hurricanes. From there he was posted to 32 Squadron, arriving on 12th October.

He was still with the squadron in early 1941, on an evening patrol on 16th January he intercepted and shot down a He111 returning from a raid on Portsmouth. His Hurricane P2984/GZ-H was seriously damaged by return fire and Falkowski baled out at low level. He broke his leg in a heavy landing on Hayling Island. Mistaken for a German, he was guarded in hospital until the CO of 32 Squadron could vouch for him.

After six weeks in hospital he went to the RAF convalescent home in Torquay where it was found that the injured leg was now shorter. He had to use a walking stick and later a modified shoe. He rejoined the squadron at the end of March 1941.

Appointed a Flight Commander on 22nd September 1941, Falkowski stayed with the squadron into 1942. He was awarded the VM (5th Class)(gazetted 19th February 1942) and on 20th June was posted for a course to the Polish Army Staff College in Scotland. He was awarded the DFC (gazetted 15th November 1942).

In April 1943 Falkowski was serving at the Polish HQ in London, he went to 316 Squadron at Northolt on 18th May and on 3rd July was given command of 303 Squadron, also at Northolt. He claimed Fw190's destroyed on 22nd August and 6th September and he probably destroyed another on 23rd September.

In late November Falkowski was promoted to lead the Peterhead Wing, which moved to Coltishall on 30th January 1945.

Escorting bombers attacking V2 sites in Holland on 9th March, Falkowski was hit by flak and baled out. He was wounded in the leg by small arms fire as he came down and was captured on landing.

On his way by train to Germany, he was able to escape when it stopped at Zwolle, Holland and make contact with the Resistance.

They kept him in hiding until the arrival of Canadian troops and he was returned to the UK, arriving on 9th May.

Released in 1947, Falkowski emigrated to Canada and took up farming near Toronto. He also instructed at a local flying school.

On 9th August 1962 he was flying west from Toronto in a Mooney single-engine aircraft with his wife, son and another passenger when he became lost and ran out of fuel. The Mooney's crew would have waited for death if not pilot Carl McGuire, who had accidentally crossed the scene, noticed the survivors and called for help. Mooney's four passengers were evacuated by a helicopter.
In the 1960s Falkowski wrote his memoirs - first published in Canada as "With the Wind in My Face" (1965, 1971), later in Poland as "With the Wind in the Face" (1969, 1990). In 1965 he made a trip to Europe, also visited Warsaw, where he laid a wreath at the Tomb of the Unknown Soldier.

Falkowski eventually resettled in the Peterborough, Ontario and died there on 27th July 2001.