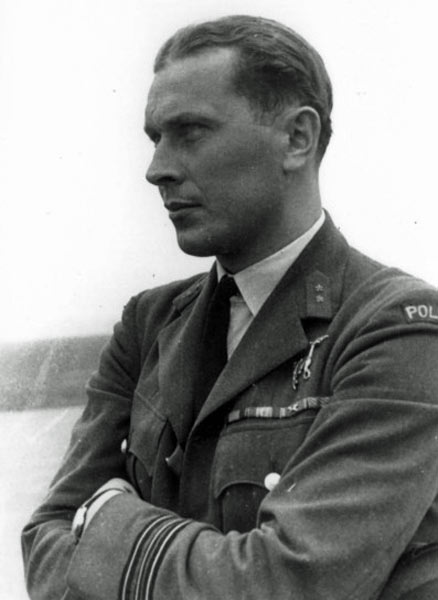 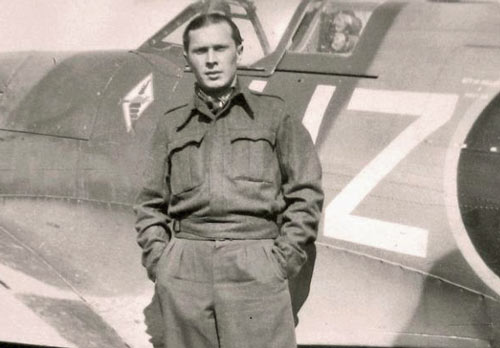 < = expand >
Jozef Jeka was born at Tupadly, Poland on 6th April 1917. In 1937 he joined the Polish Air Force as a mechanic, qualifying in April 1938. In June that year he commenced pilot training at Torun. In November he was posted to 141 Squadron of the 4th Aviation Regiment, operating the PZL P11c, and flew operationally after the German attack in September 1939.

Escaping like many Polish airmen to Romania, where he was interned, Jeka moved on through Yugoslavia and Greece to France. He landed at Marseille on 23rd October and applied to join l'Armee de l'Air. He was sent to the HQ of the Polish contingent at Lyon. By February 1940 he had yet to fly and so made his way to England, leaving France on the 15th.

He arrived in the Czech depot at Eastchurch, was processed into the RAF as a Sergeant and posted to the Czech training school in Blackpool. On 15th July he was sent to 15 EFTS Carlisle, moving on 1st August to 6 OTU Sutton Bridge to convert to Hurricanes.

He then joined 238 Squadron at St. Eval on 2nd September.

Jeka was shot down by Me109's over Bournemouth on 5th November and baled out over Wimborne. His Hurricane, V7535, crashed at East Farm, Tarrant Monkton. He was awarded the KW and two Bars (gazetted 1st February 1941).

Commissioned in November 1941, he went to 58 OTU Grangemouth on 2nd December as an instructor.

Tour-expired in December 1943, he was posted to 18 Armament Practice Camp and was there until 30th March 1944, when he rejoined 308 Squadron. On a Rhubarb on 21st May 1944 Jeka's Spitfire IX ML254/ZF-V was hit by flak and he had to bale out. Coming down near Buchy, NE of Rouen, Jeka was able to evade capture and make contact with the Resistance.

With their help he was returned to the Allied lines and rejoined his squadron on 11th September 1944.

In November 1944 Jeka moved to 306 Squadron at Andrews Field, Essex as a Flight Commander. He was given command of the squadron on 25th May 1945. In June he was awarded the Silver Cross of Merit, with Swords (gazetted 15th June 1945). He relinquished command of the squadron in May 1946 and was posted to 5 PRU at Coltishall. This posting ended on 21st January 1947 when he transferred to the Polish Air Force, with which he served until 31st December 1949.

From 1950 onwards Jika was involved in some capacity with the Allied intelligence services, mostly the CIA. He was one of a number of airmen in training to perform clandestine operations over Eastern Europe, their non-US nationality would deflect attention should things go wrong.

He was heavily involved in a project to steal a MiG-15, this was abandoned when a Polish pilot defected with one in March 1953.

By 1958 Jeka was engaged in an operation to support Indonesian rebels fighting the regime of President Sukarno. On 13th April 1958 Jika was piloting a B-26 from the CIA HQ at Mapanget airfield, Manado. One engine failed on takeoff and the aircraft stalled into the ground, Jika and two other crew being killed.

His body was recovered and he is buried in the Polish section of Newark-on-Trent cemetery.