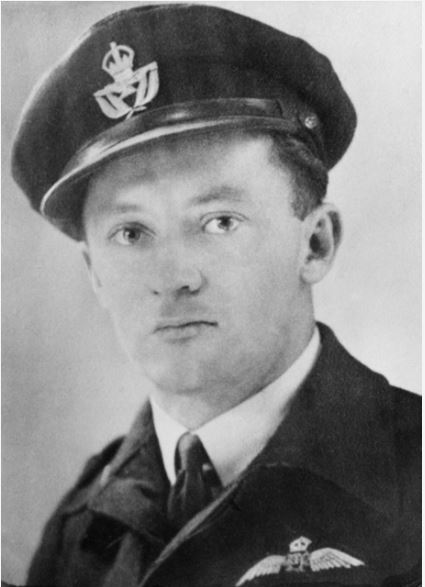 Whilst serving as a pilot with the RAF in the United Kingdom, PO Hoolihan was killed whilst on operations over Italy on 16 April 1945, aged 24. Hit by flak at Medicine. Crashed landed behind enemy lines.

He was posthumously awarded the Distinguished Flying Cross on 30 October 1945 for his "skill and gallantry on a large number of sorties".

The enemy defended themselves stoutly and as a result of intense light flak 4 aircraft were severely damaged - all Cat 2, while W/O P Hoolihan (AUST) who was hit in his on dive and set on fire was last heard saying that he was going to force land " on the Hun side of the line I think ".

Whether he manged to get the kite down successfully and was taken prisoner we don't know. All we do know is that later when the MEDICINA - BUDRIO area was freed of enemy troops CAPT. R JACOBS and F/L R GALVAN spent a whole day searcing for traces both of him and his aircraft. But we still hope he will turn up one day, for he was a fine fellow - a real fighter who never spared himself and was ready to take on anything.

He was killed whilst flying in Spitfire VIII, JF333 of No 92 Sqn, which was shot down by flak whilst attacking a gun position. He is buried in Faenza War Cemetery