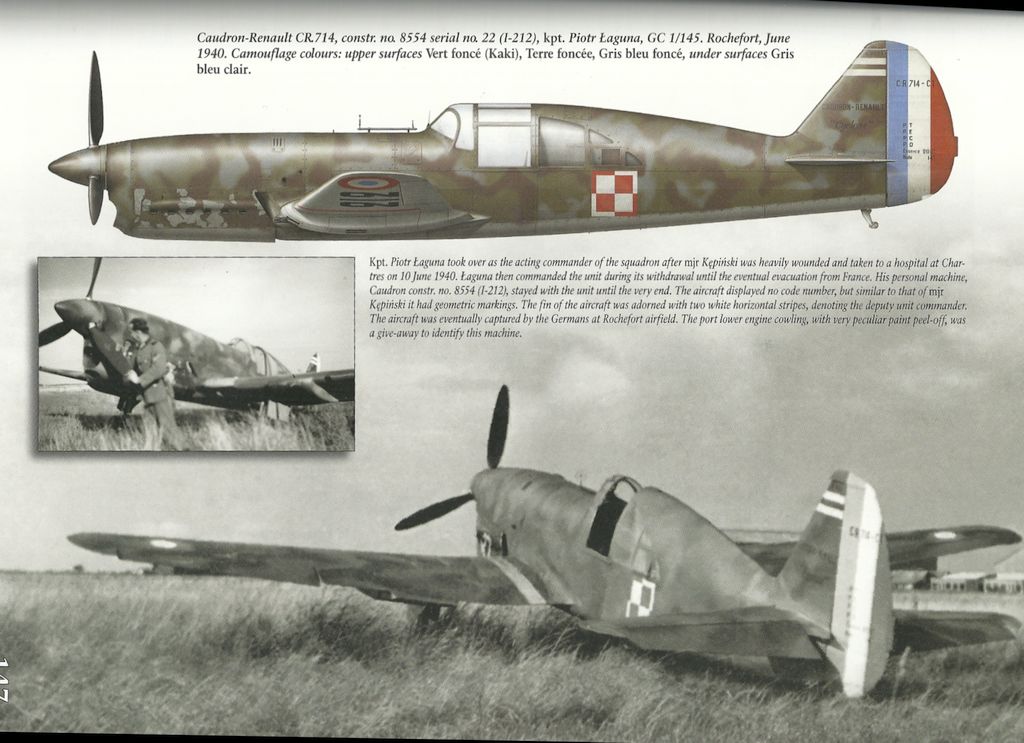 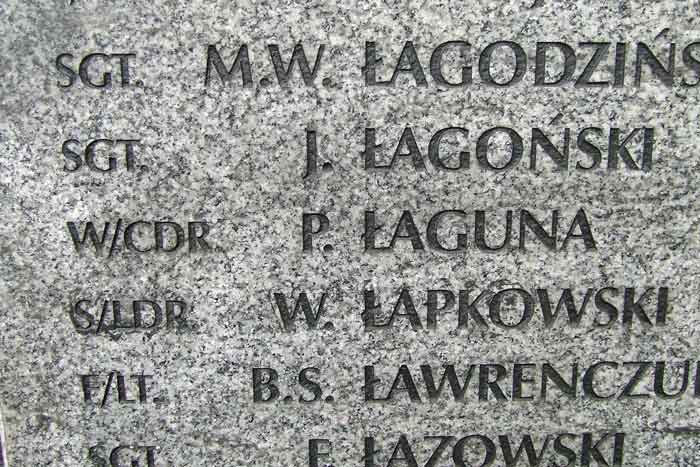 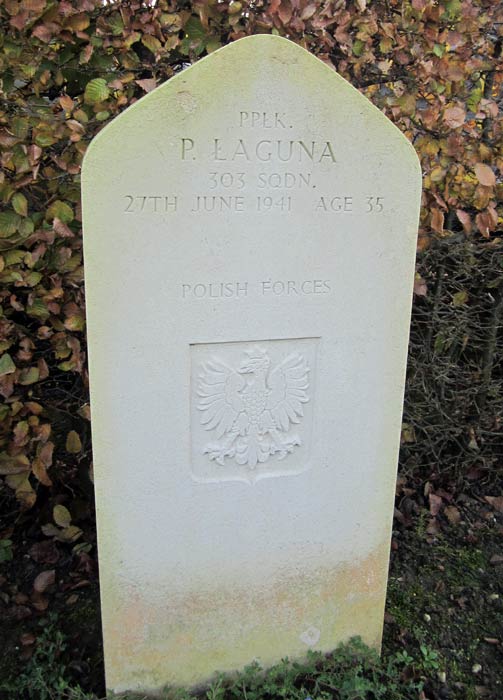 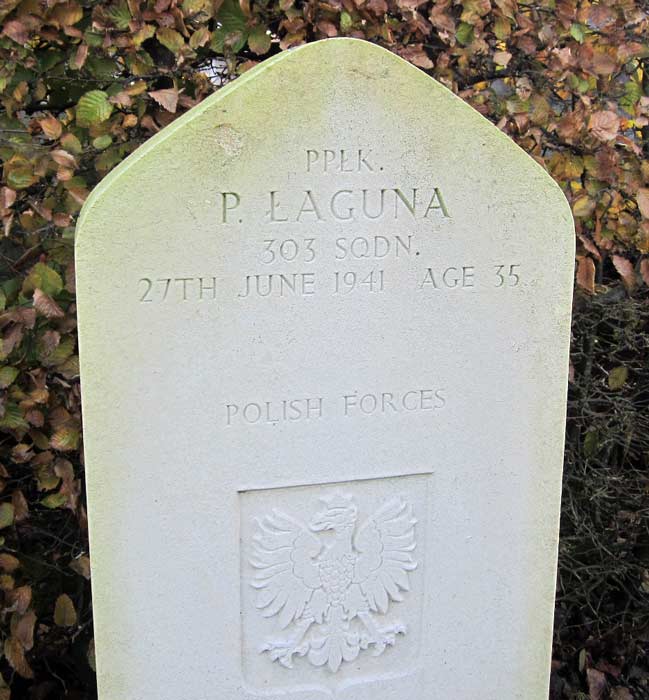 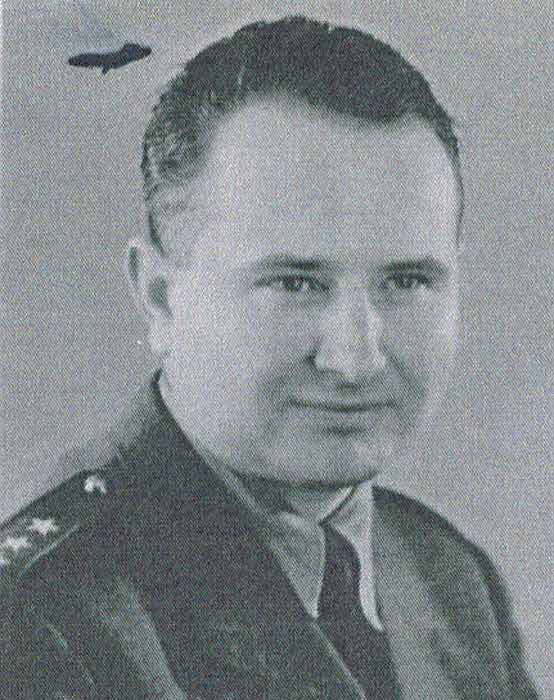 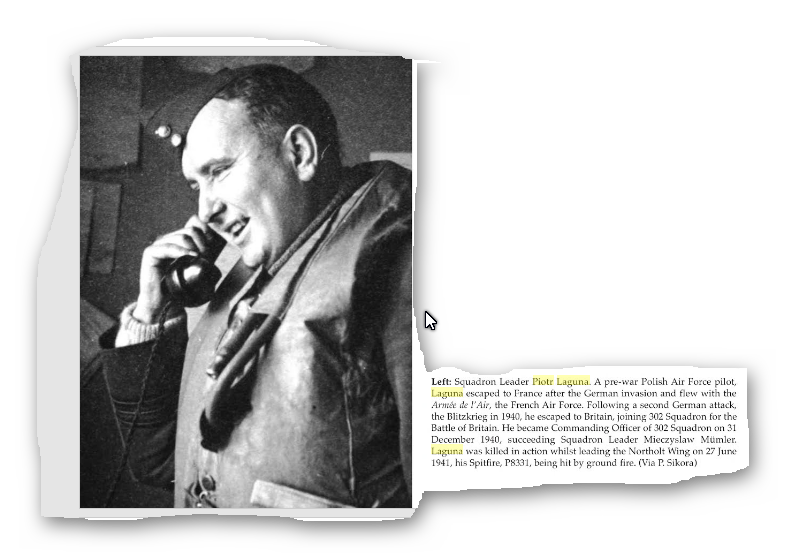 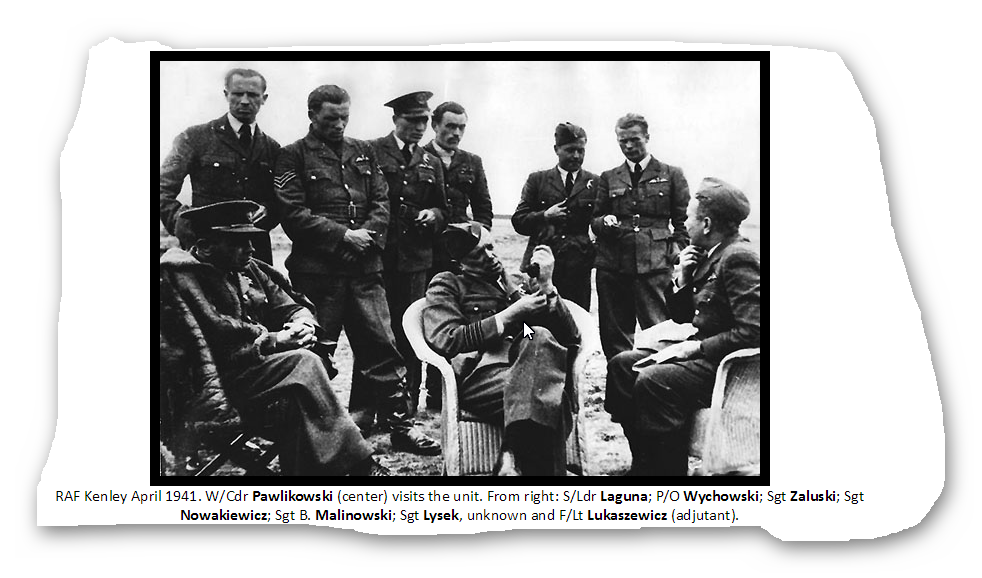 < = expand >
Piotr Laguna was born on 11th October 1905 and was serving with in the Polish Air Force before the war. After Poland fell, he escaped to France and in early May 1940 he was in the Groupe de Chasse Polonaise de Varsovie I/145, flying MS406 aircraft. When the blitzkrieg started on May 10th, the unit was at Lyon-Bron airfield. After being bombed it moved to Mions to defend the Lyon district and on June 6th moved to Dreux, with Caudron C714’s. On the 8th five Polish pilots attacked a formation of Me110’s over Rouen and destroyed five without loss. On the 9th three enemy aircraft were destroyed and on the 10th three more enemy aircraft were shot down but the Polish CO was seriously wound

Laguna took command, the unit moved to Semaises on the 11th and received some Bloch MB152’s. Eight of the pilots were sent to Groupe de Chasse I/1. For the rest, a move to Chateauroux was made on the 13th, for airfield and local protection and on the 17th to Rochefort to defend the airfield there. On the 19th the Poles left La Rochelle by boat for England.

Laguna was posted to the newly-formed 302 Squadron at Leconfield on July 23rd 1940 as 'A' Flight Commander. He was awarded the KW on 23rd December 1940 and on December 31st took command of the squadron. Laguna was again promoted on May 27th 1941 and appointed to lead the Northolt Wing. On June 27th 1941 Laguna led the Wing over France. At low-level he was shot down by ground fire near Coquelles, in the Calais area, in Spitfire P8331/RF-M. He was reported 'Missing, presumed killed'.

Laguna is buried in Pihen-les-Guines Cemetery - Row A Grave 9.