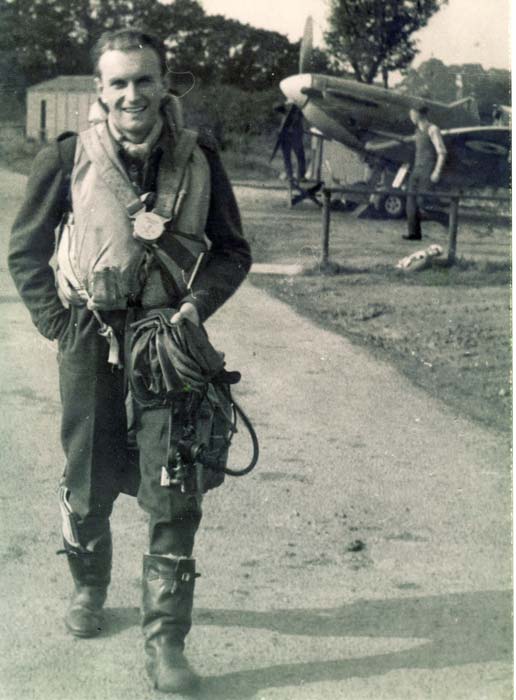 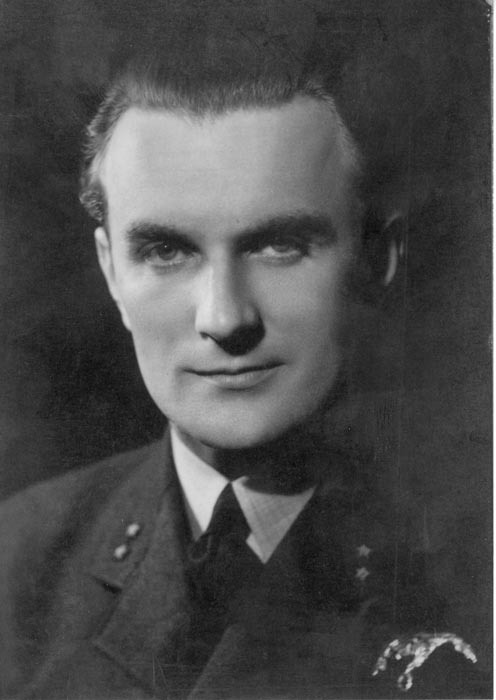 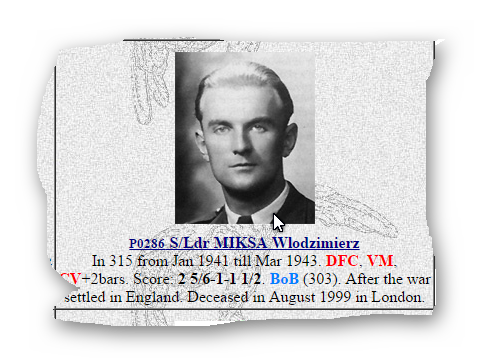 < = expand >
Wlodzimierz Miksa was born in Lodz, Poland on 26th September 1915. He was educated in Warsaw and joined the Polish Air Force in 1936, going to the Air Force College and then being selected for training as a fighter pilot. In June 1939 he was posted to 114 Fighter Squadron (114 Eskadra ‘Mysliwska’) operating PZL P11c aircraft. He was in action throughout the September 1939 campaign.

On the 6th September he destroyed two He111’s and shared in the destruction of another plus one damaged.

Miksa was sent to the flying school at Lyon-Bron to train on the MS406, he flew this in combat once the German onslaught began. After the French collapse he escaped to England, arriving on 16th July 1940. He was posted to 5 OTU Aston Down on 25th September to convert to Hurricanes and then joined 303 Squadron at Leconfield on 23rd October, serving with it in the final month of the Battle of Britain.

Miksa was known as ‘Wlodek’ by his squadron colleagues. He moved to 315 (City of Deblin) Polish Fighter Squadron at Acklington on its formation on 21st January 1941. Miksa destroyed a Me109, probably destroyed another and damaged a third on 21st October. He was awarded the KW (gazetted 20th January 1942) and appointed a Flight Commander on 20th June 1942.

Miksa settled in England and in 1945 he married Angela Pilkington, the youngest daughter of Geoffery Pilkington, then chairman of the glass-makers Pilkington Brothers: their married name was Pilkington-Miksa and they had five sons. Turning down the opportunity to remain in the post-war RAF, Wlodek, as he was still known, went into the field of PVC-coated fabrics and founded a company employing largely other exiled Poles. The company was most successful and though he sold his interest in it in 1985 he remained actively involved in sundry business ventures until shortly before his death. His marriage to Angela was dissolved in 1970, two years later he married Anna Krawczyk, they went on to have a son and a daughter. Wlodek remained energetic till his final illness, regularly playing tennis to club standard.

He died on 20th August 1999 aged 83 after a protracted illness and is survived by his first and second wife and by his seven children.