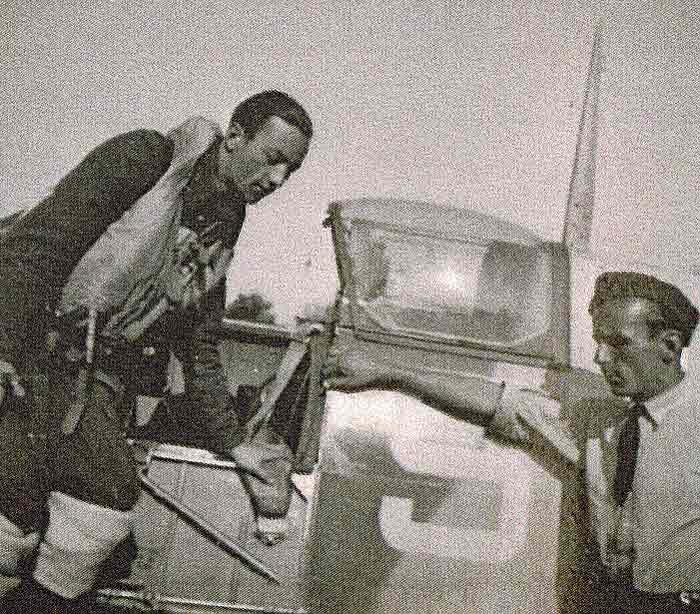 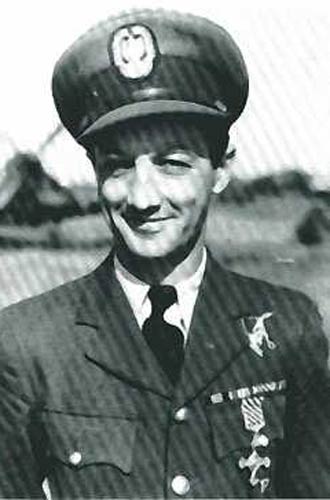 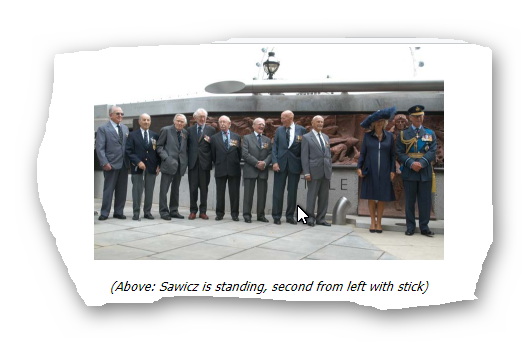 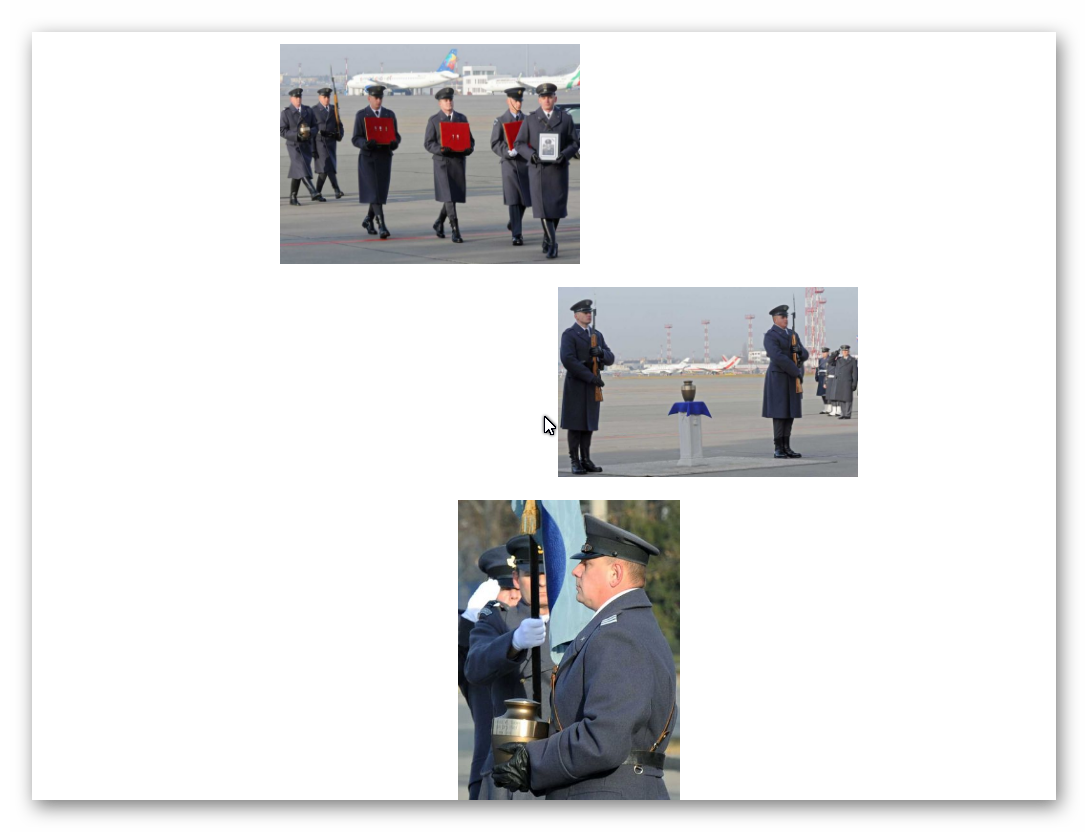 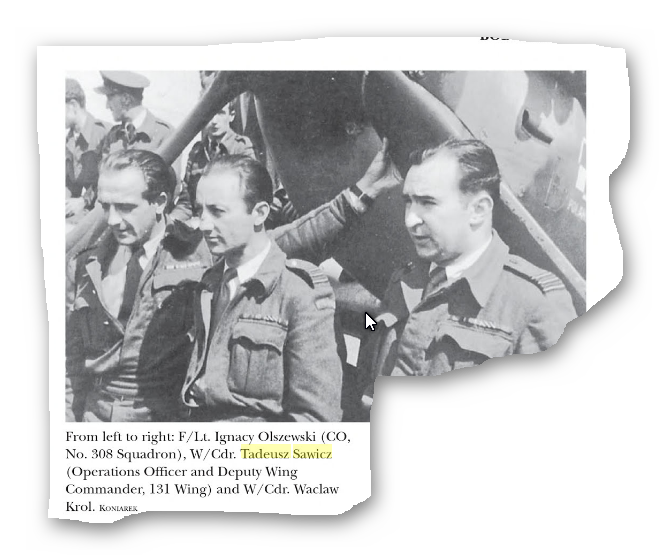 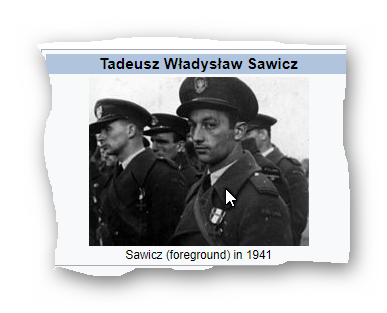 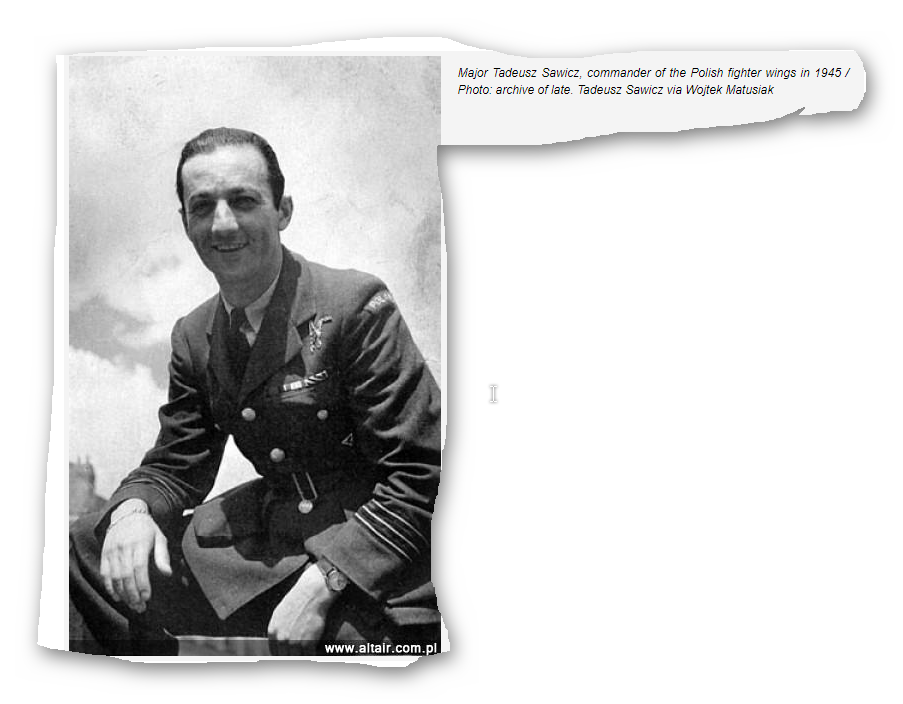 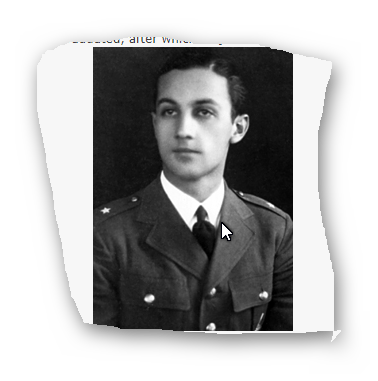 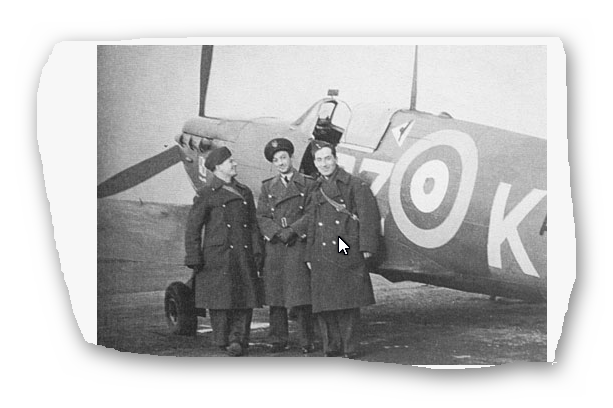 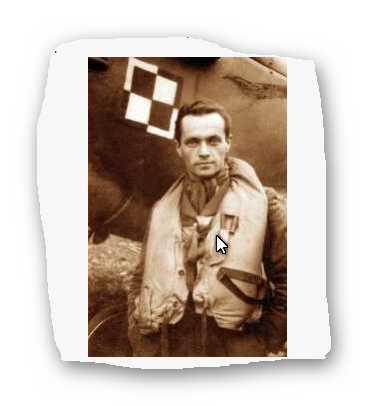 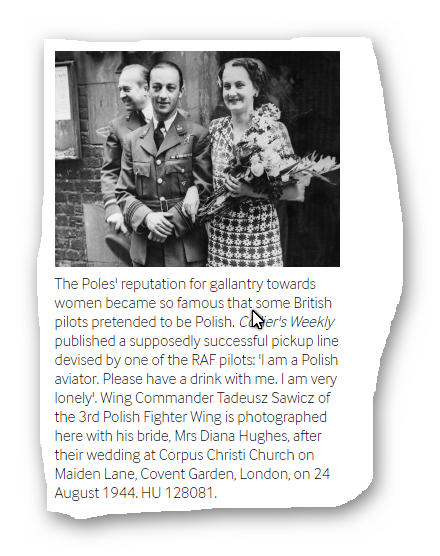 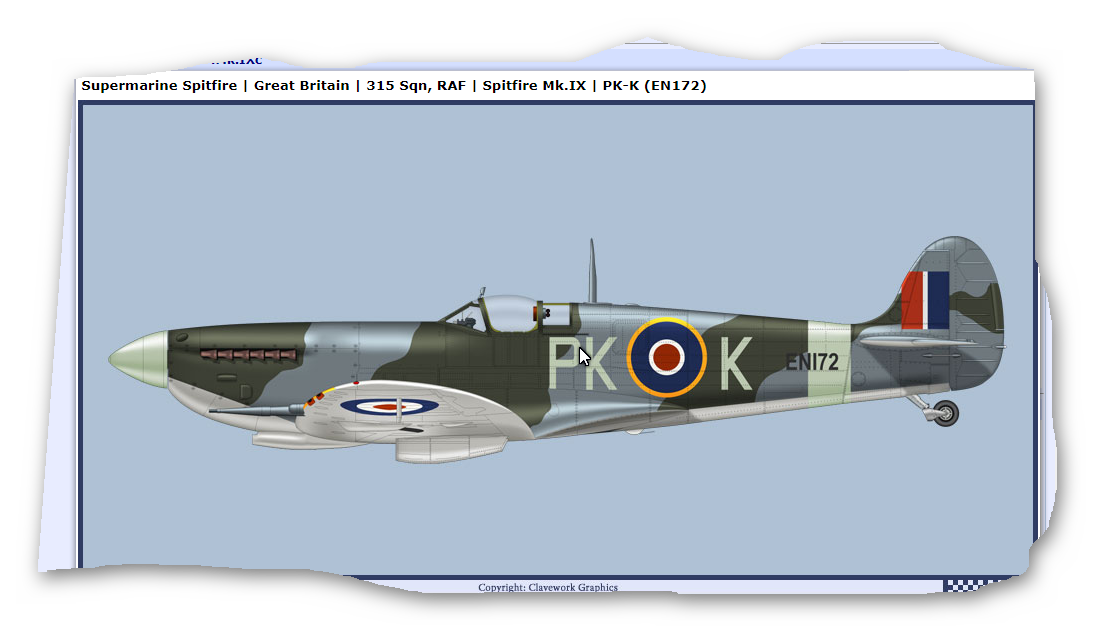 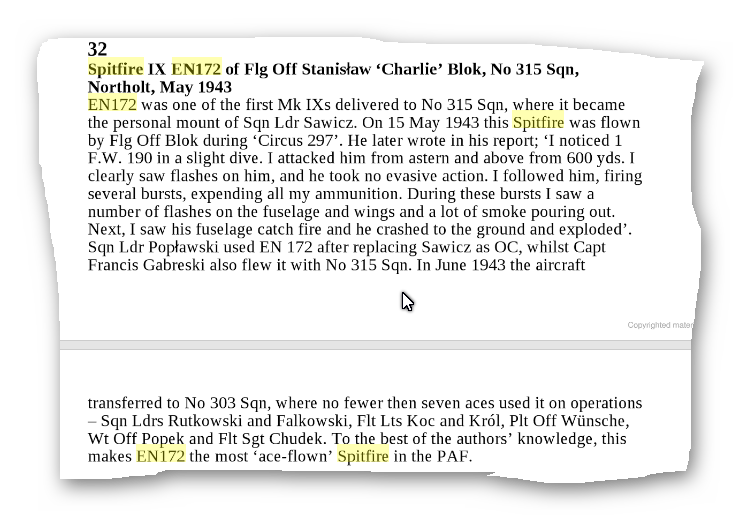 With the Germans in control of most of Poland, Sawicz led his flight to Romania on September 17. He managed to reach France in early October and joined a French squadron, Groupe de Chasse III/10, flying in action until the fall of France. Sawicz then made his way to Algiers with other Polish pilots and then on to England, arriving on 7th July 1940.

After converting to Hurricanes at 5 OTU Aston Down, he joined 303 Squadron at Leconfield on 20th October. Sawicz was posted to the newly-formed 316 Squadron at Pembrey on 22nd February 1941 and he shot a He111 down into the sea on 10th April, the squadron's first confirmed victory. He was awarded the KW and Bar (gazetted 15th July 1941) and appointed a Flight Commander on 14th November

Tour-expired, Sawicz was posted to 58 OTU Grangemouth on 6th June 1942 as an instructor. He was awarded a second Bar to the KW (gazetted 20th August 1942). He returned to operations on 25th September 1942, taking command of 315 Squadron at Northolt. Sawciz was appointed Squadron Leader Flying at Northolt on 16th April 1943 and was awarded the VM (5th Class)(gazetted 12th May 1943). He was posted to HQ 12 Group on 3rd July as Polish Liaison Officer and on October he went to 61 OTU as an instructor. Sawicz was awarded the DFC (gazetted 20th October 1943).

He emigrated to Canada in November 1957 where he worked in the airline industry but returned to Britain in 2005 for the unveiling of the London Battle of Britain Monument.

Tadeusz Sawicz died on 19th October 2011 and is survived by his third wife, Jadwiga.

On 29th November 2011 the ashes of Tadeusz Sawicz were flown from Canada to Warsaw for a state burial on the following day at Powazki Military Cemetery. The ashes were met by the Polish Defence Minister, Tomasz Siemoniak, Polish servicemen and an honour guard from Britain's Royal Air Force Regiment.