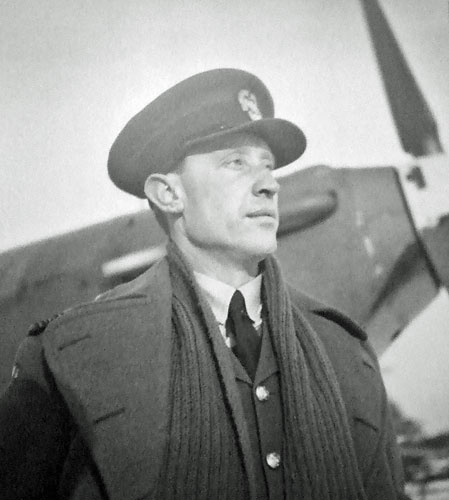 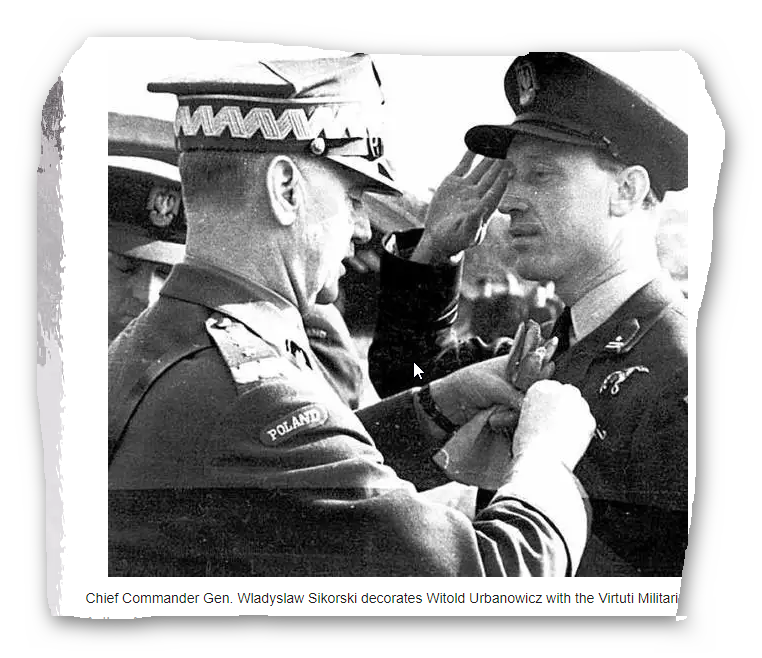 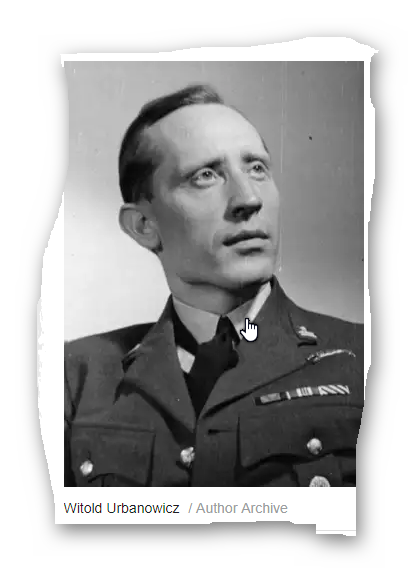 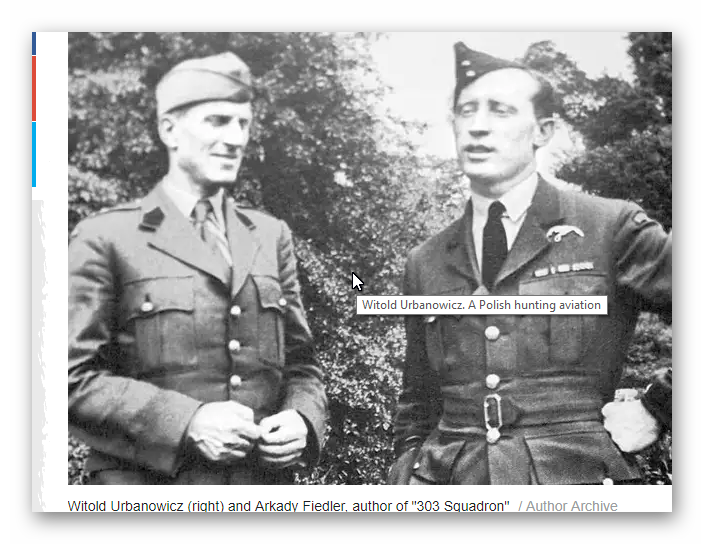 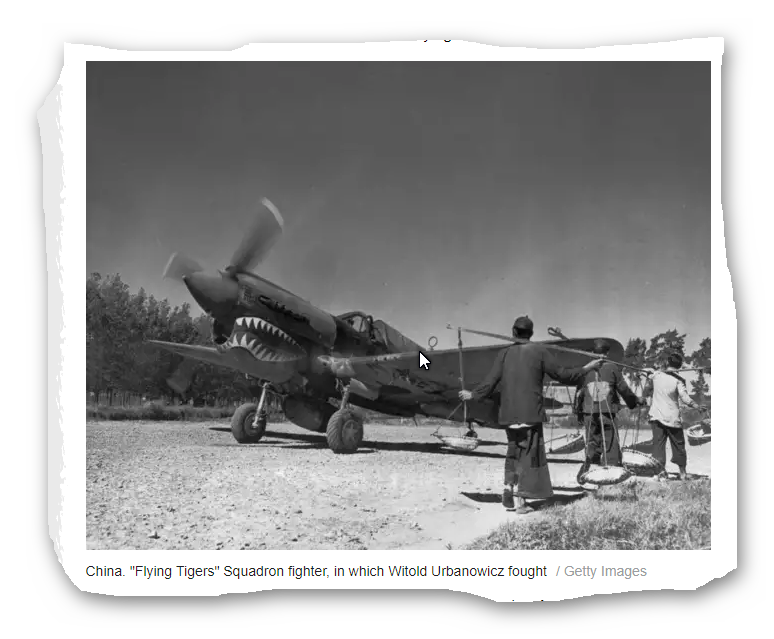 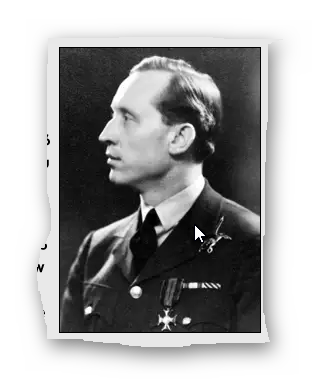 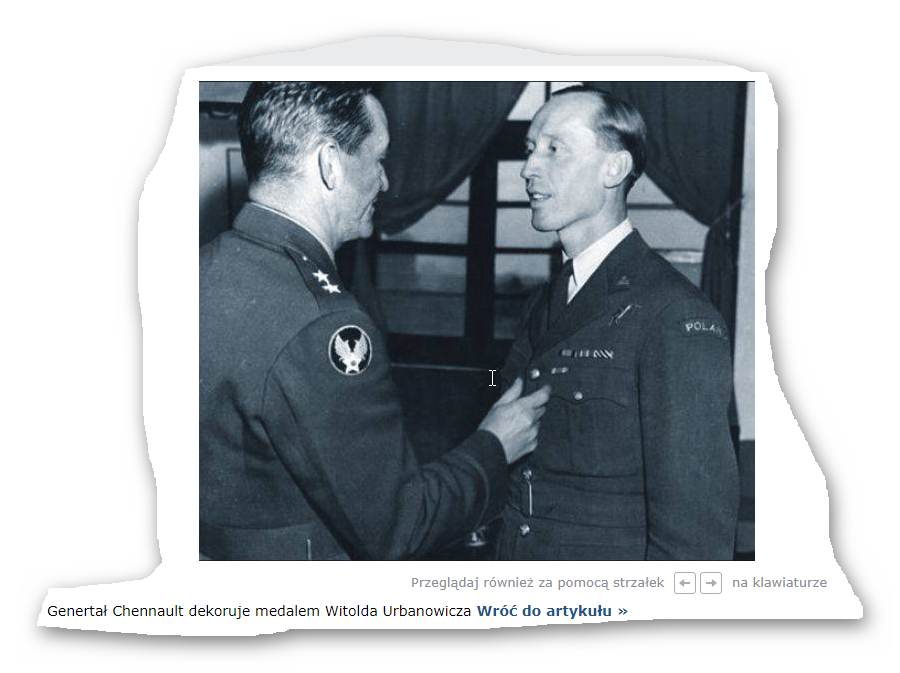 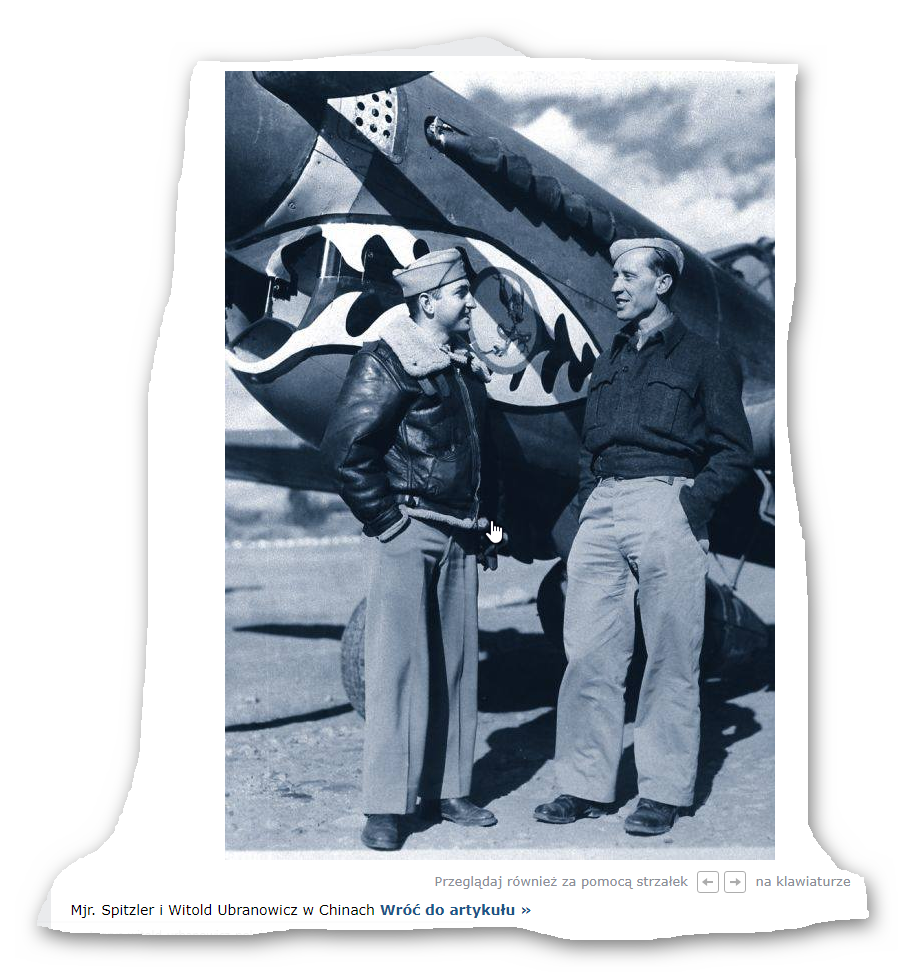 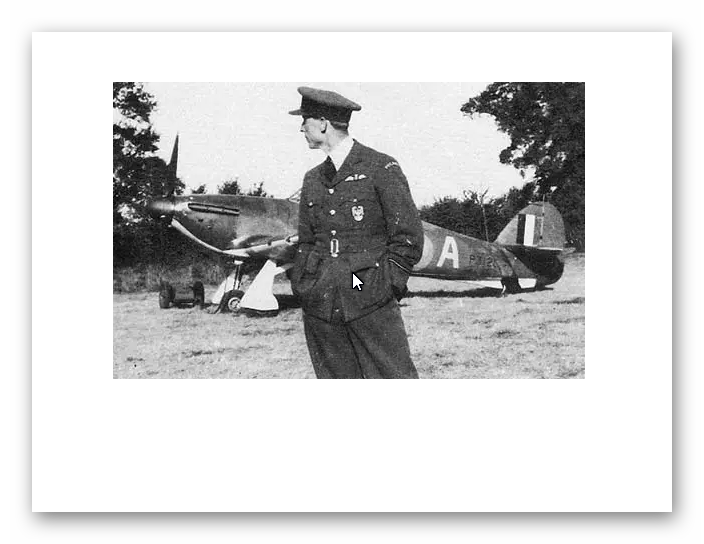 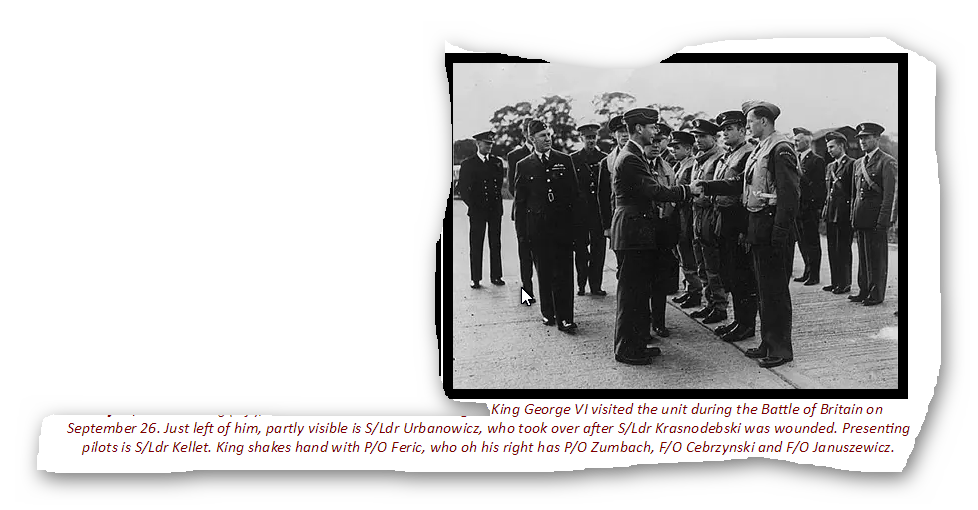 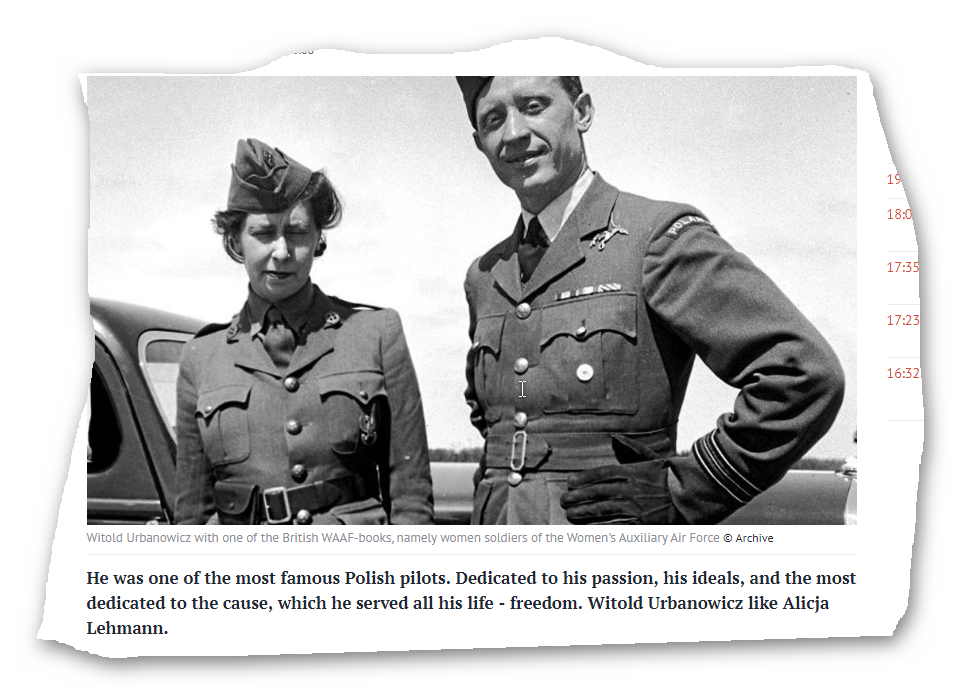 < = expand >
Witold Urbanowicz was born in Olszanka, NE Poland on 30th March 1908, he joined the Polish Air Force in 1930 and graduated from the Air Force College in 1932 as an observer.

His first posting was to the night bomber squadron of the 1st Air Regiment in Warsaw. Later he retrained as a fighter pilot. In the 1930s he flew with the 111th and 113th Fighter Squadrons.

In August 1936, flying an PZL P11a, he shot down a Soviet reconnaissance plane which had crossed into Polish airspace. He was officially reprimanded and unofficially congratulated by his superior officer and as a show punishment he was posted as an instructor at Deblin where he was nicknamed 'Cobra'.

In the September campaign he flew with a scratch detachment of instructors defending Deblin, without result. He was then ordered with a group of fifty flight cadets to Romania, where they were told to await re-equipment. This did not transpire and Urbanowicz returned to Poland to continue to fight. He was captured by a Soviet irregular unit but managed to escape with two cadets and re-crossed the Romanian border. He made his way via the Balkans to France where he elected to continue on to England.

Urbanowicz arrived there on 27th January 1940 and went to RAF Eastchurch, where he was commissioned in the RAFVR.
From 1st June 1940 Urbanowicz was at the Polish Wing at 3 School of Technical Training Blackpool, to await a posting.

He went to No. 1 School of Army Co-operation Old Sarum for the 1st Polish Pilots Course, from 5th to 13th July for testing and grading. He moved on to 6 OTU Sutton Bridge on 14th July, converted to Hurricanes and joined 145 Squadron at Westhampnett on 4th August.

He was attached from to 253 Squadron at Turnhouse from 16th to 21st August and flew a sortie with the squadron on the 17th.

On 20th October 1940 Urbanowicz was posted to HQ 11 Group on staff duties as Polish Liaison Officer.

In mid-April 1941 he began to organise the first all-Polish Wing at Northolt, made up of 303, 306 and 308 Squadrons. Ubanowicz was posted away in June and sent to the USA to recruit Americans of Polish descent for the Polish Air Force in England. Whilst there he delivered lectures on tactics at USAF bases.

On 27th July 1942 Urbanowicz was posted to 2 FIS Montrose for an instructors course. He went to 16 FTS Newton on 23rd September but on 3rd November he was appointed Assistant Air Attache at the Polish Embassy in Washington. In Spring 1943 Urbanowicz met General Clair Chennault, who invited him to China.

He flew there from 23rd October to 15th December, firstly in P-40s from Kunming and later with the 75th Fighter Squadron (USAF) in Eastern China. He destroyed two Japanese aircraft on 11th December 1943.

After further services in Washington, Urbanowicz returned to Kunming in early 1944 and then returned to the UK. In August he returned to Washington as Polish Air Attache.

He returned again to Britain in early July 1945 and was released from the Polish Air Force on 18th October.

He was awarded the Air Medal (US) (gazetted 25th September 1944) and the Chinese Flying Cross.

In 1946 he returned to Poland, but was arrested by the communist regime as a suspected spy. After his release went to the USA as a political emigre.

In 1991 he visited Poland after the fall of communism and again in 1995 when he was promoted to the rank of General.

He is buried at National Shrine of Our Lady of Czestochowa near Doylestown Pennsylvania.

He is patron of streets in Dęblin and Cracow, roundabouts in Suwałki and Radom and elementary school in Olszanka. His portrait is shown on the MiG-29 "59" from 23 Tactical Air Base in Mińsk Mazowiecki.