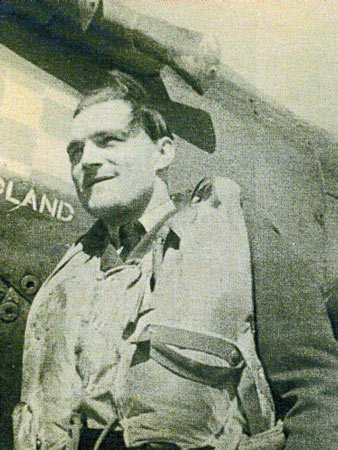 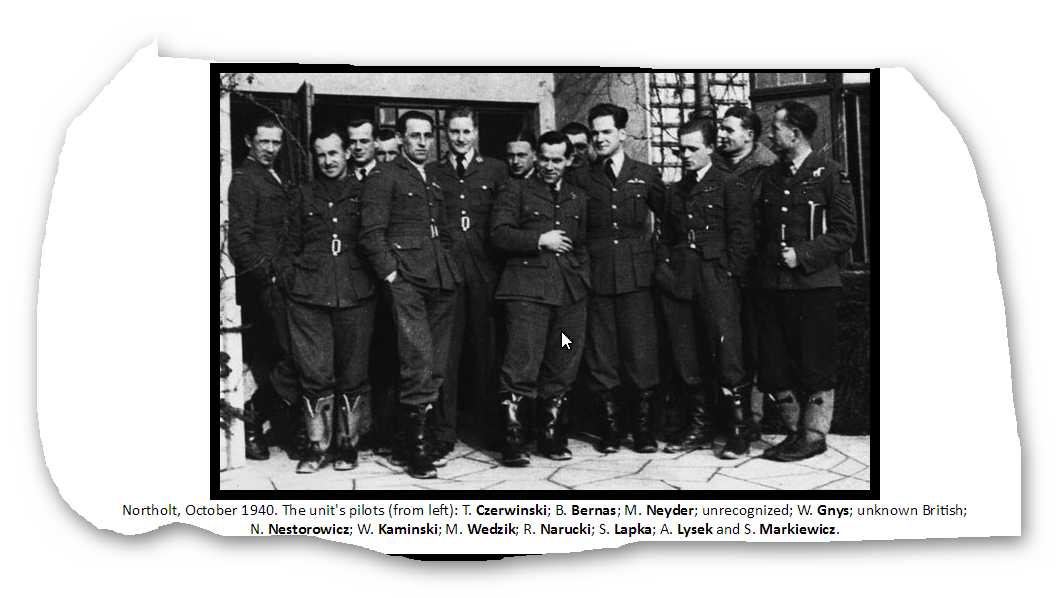 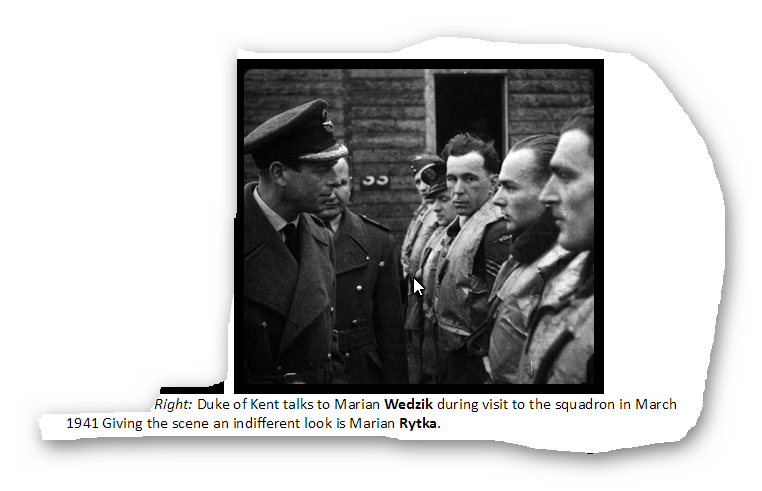 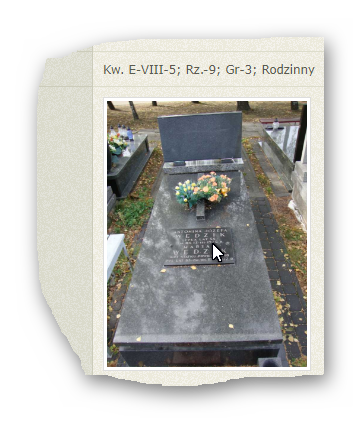 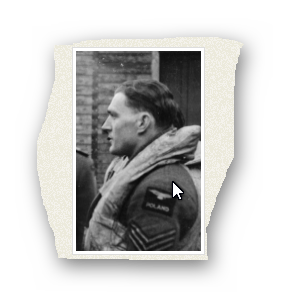 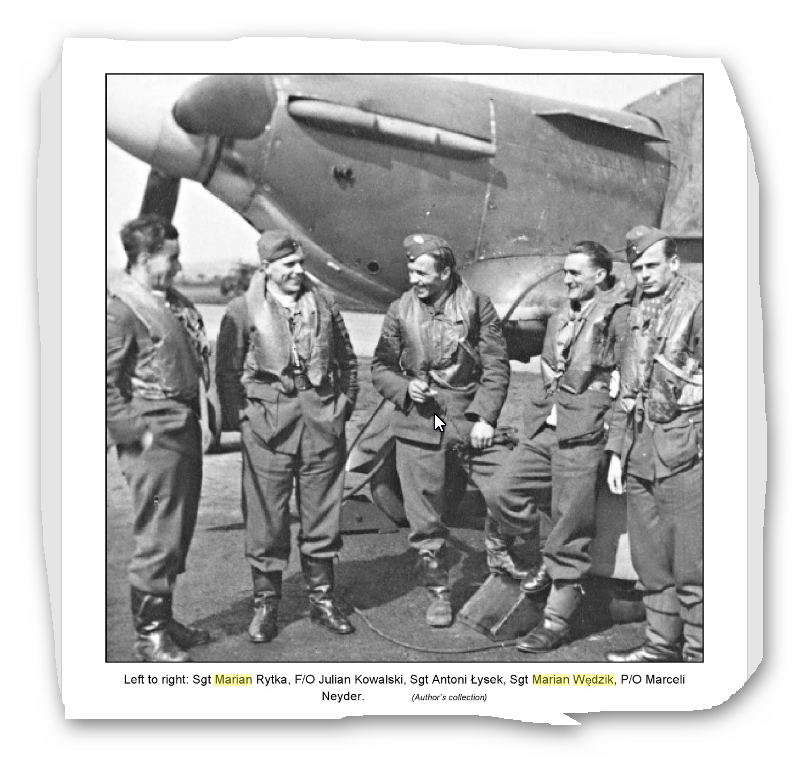 < = expand >
Marian Wedzik was born in Guc, Lodz, Poland on 3rd November 1913. He went to the NCOs Training School at Bydgoszcz and qualified in 1934 as an aircraft mechanic, receiving elementary flying training.
He completed his training at the Air Force Officers Training Centre at Sadkow, after which he served with 162 Fighter Squadron and later 121 Fighter Squadron.

Before the war Wedzik was instructing at No. 1 Training Centre at Deblin. In the September 1939 fighting he flew with the Deblin Defence Flight until evacuated to Romania.

Wedzik made his way to France and joined l'Armee de l'Air in late 1939. He was posted to GC I/145, operating the obsolete Caudron C714. Moving from airfield to airfield as they fell back in the face of the German advance, the Polish airmen were eventually evacuated to La Rochelle where they boarded a ship on 19th June. They sailed for England the next day, landing at Plymouth. Wedzik went to the Polish Wing at 3 School of Technical Training Blackpool for assessment.

He was processed into the RAFVR. On 23rd July 1940 Wedzik joined 302 Squadron at Leconfield. He went to Duxford with a 302 detachment on 13th September 1940 to operate with the Bader Big Wing and destroyed a Do17 on 15th September.

The 302 detachment returned to Leconfield on 25th September. Wedzik was himself shot down in flames over Chatham on 15th October. He baled out of Hurricane P2572 and was admitted to Chatham Hospital. He was transferred from there to the RAF Hospital Halton. Although he returned to 302 on 25th October 1940, he remained on the books of RAF Northolt as non-effective sick. Fully recovered, he rejoined 302 on 14th November.

After a spell at the Polish Air Force Depot at Blackpool, Wedzik went to 25 EFTS on 25th May for an instructors course. He was awarded the DFC (gazetted 1st June 1945) and then a third Bar to the KW (gazetted 15th June 1945). He remained at 25 EFTS until 5th January 1946 when he returned to Blackpool to await repatriation.

He flew with the Polish airline, LOT, until his retirement in 1972.