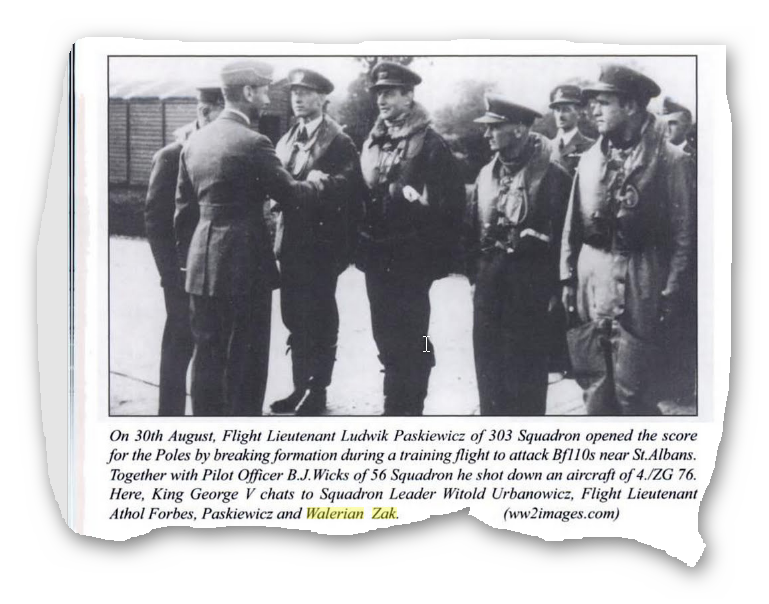 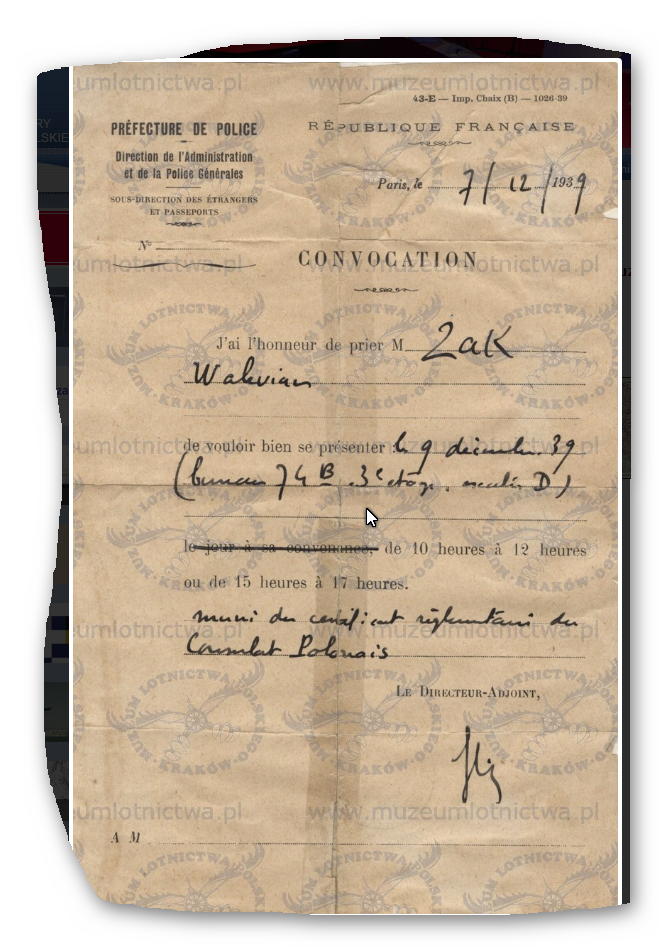 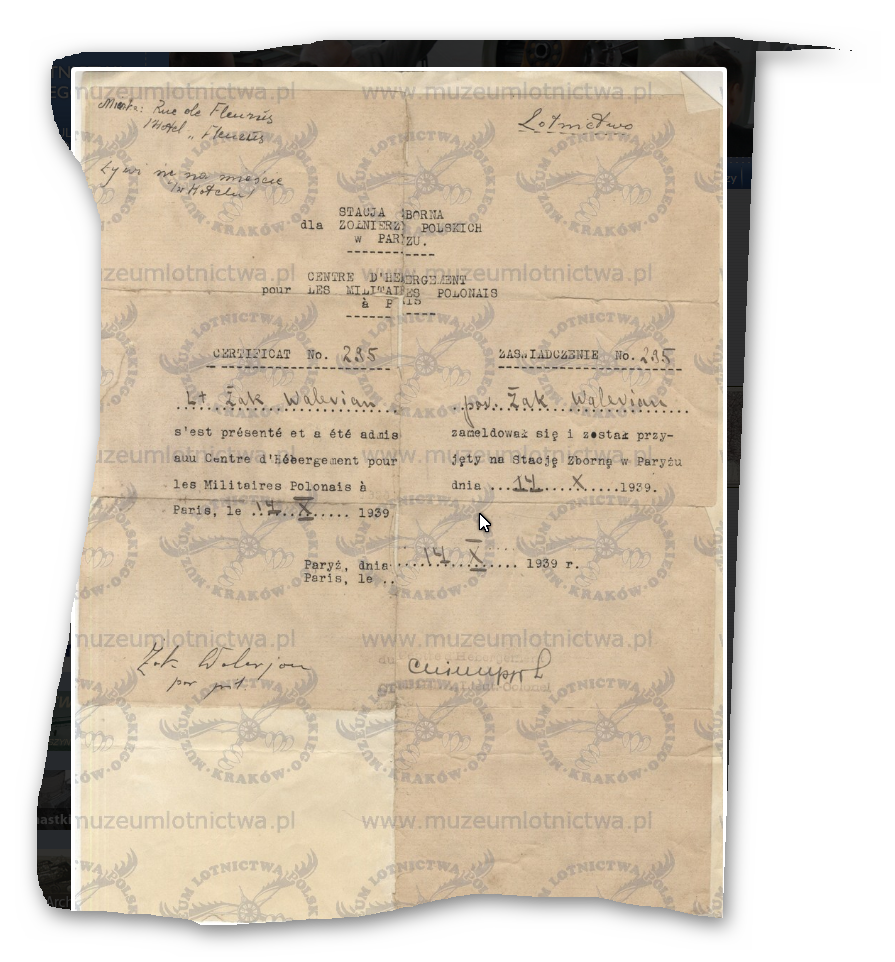 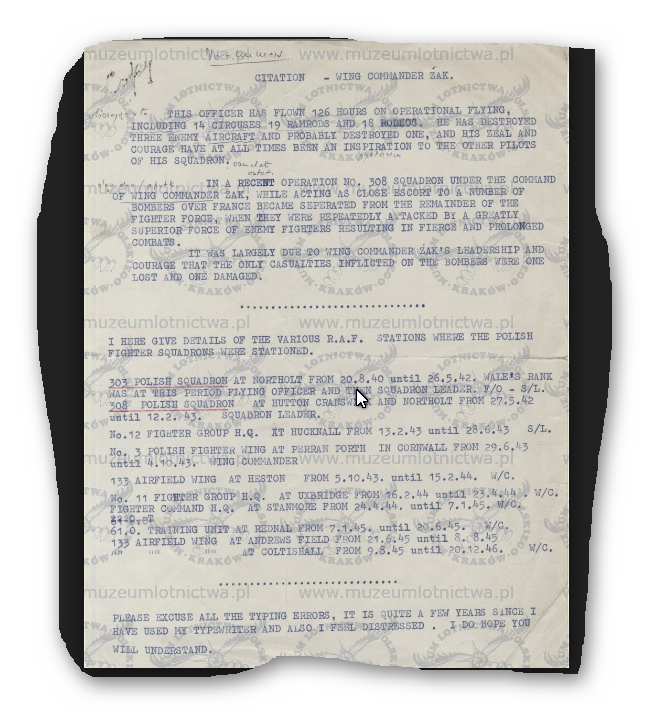 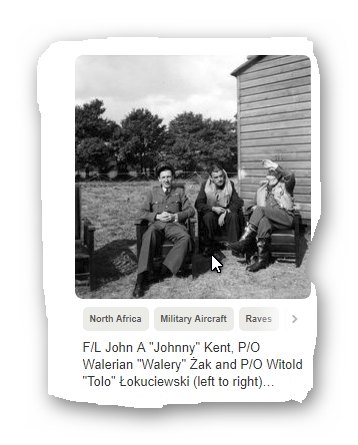 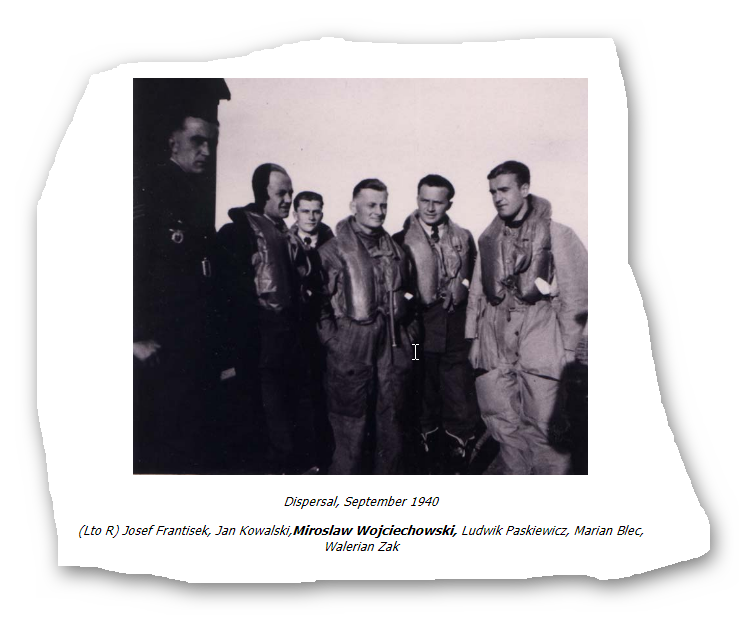 < = expand >
Walerian Zak was born in Bobrka, SE Poland on 14th April 1911. He joined the Polish Air Force as an officer cadet and was commissioned in 1934 at the Deblin Officers School as an Observer.

He was posted to the 1st Air Regiment in Warsaw but returned to Deblin after this posting to train as a pilot. He completed flying training and was posted to the 112th Fighter Squadron. In 1938 he was posted to the Advanced Flying Training School in Grudziadz as an instructor, in March 1939 the school moved to Ulez near Deblin. In September 1939 he fought in the Deblin Group, composed of instructors defending the airfield.

After the Polish collapse he escaped, like many other Polish airmen, through Romania to France where he was absorbed into the Polish contingent of the l'Armee de l'Air and assigned to a unit operating from Clermont-Ferrand. When the armistice was declared he escaped again to England, arriving there on 27th June 1940.

After training in RAF procedures he was posted to 303 Squadron at Northolt on 21st August 1940.

He claimed a Do17 destroyed on 15th September and a He111 on the 26th. He was shot down in combat over the Horsham area on the 27th, baled out and was admitted to Leatherhead Hospital with burns. Zak was awarded the KW and Bar (gazetted 1st February 1941) and posted for a rest to the 303 Operations Room on 22nd May 1941. He was appointed a Flight Commander in 303 squadron on 9th July 1941 and posted away to 58 OTU Grangemouth on 4th December as an instructor.

Zak rejoined 303, then at Northolt, on 7th April 1942 as a Flight Commander then was made CO on 6th May, serving as such until the 25th of that month, when he took command of 308 (Polish) Squadron 'City of Kracow'.

Death registered in Kingston Upon Thames.