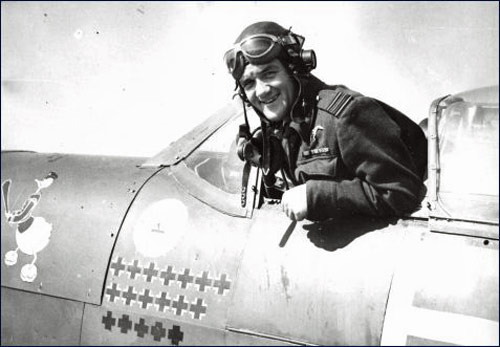 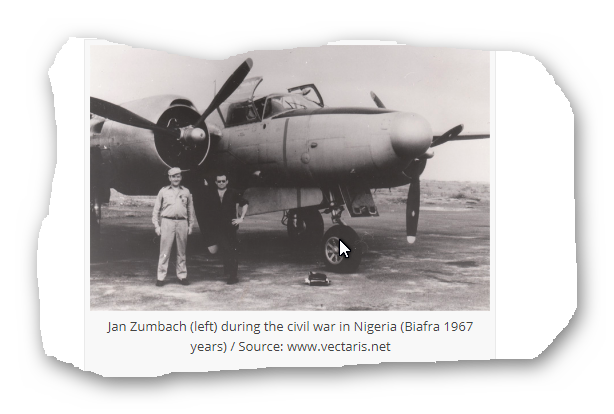 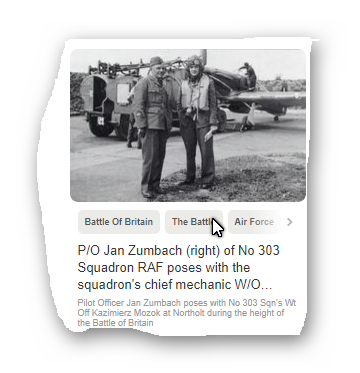 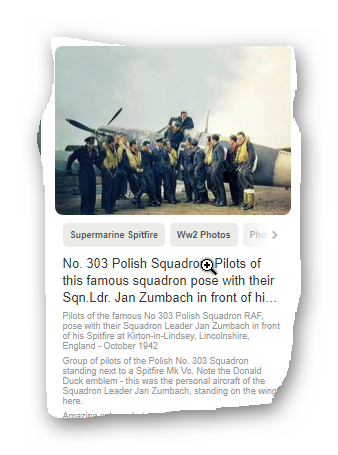 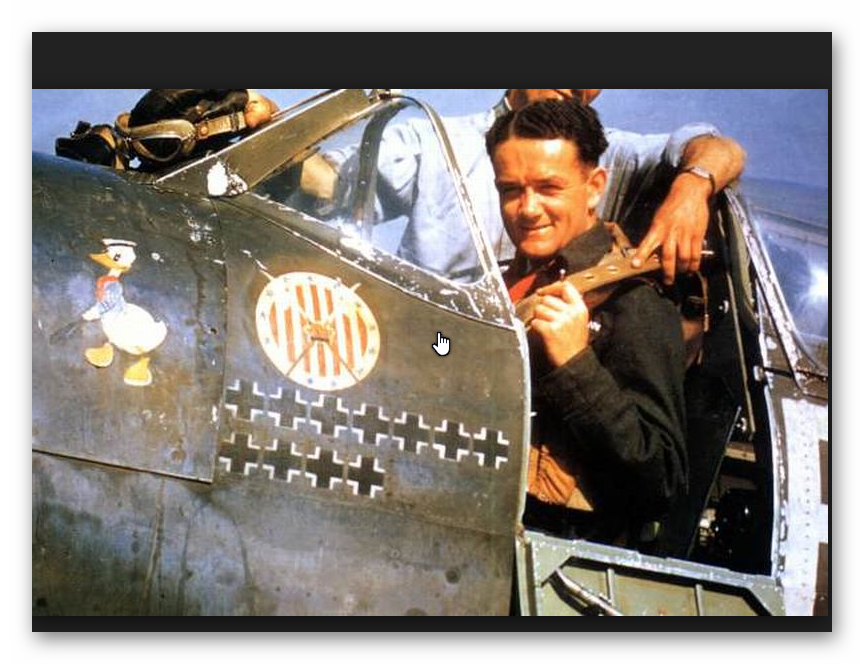 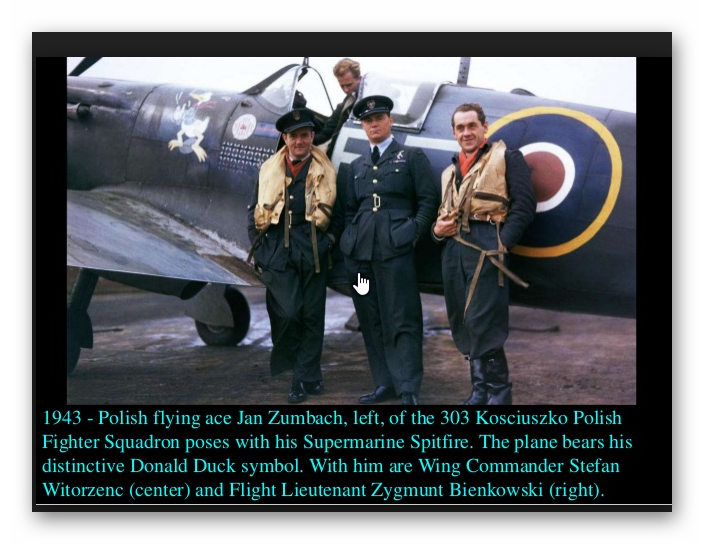 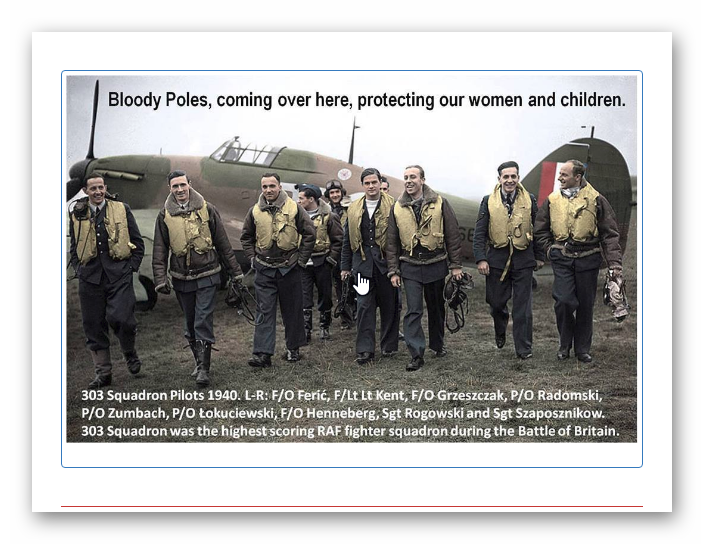 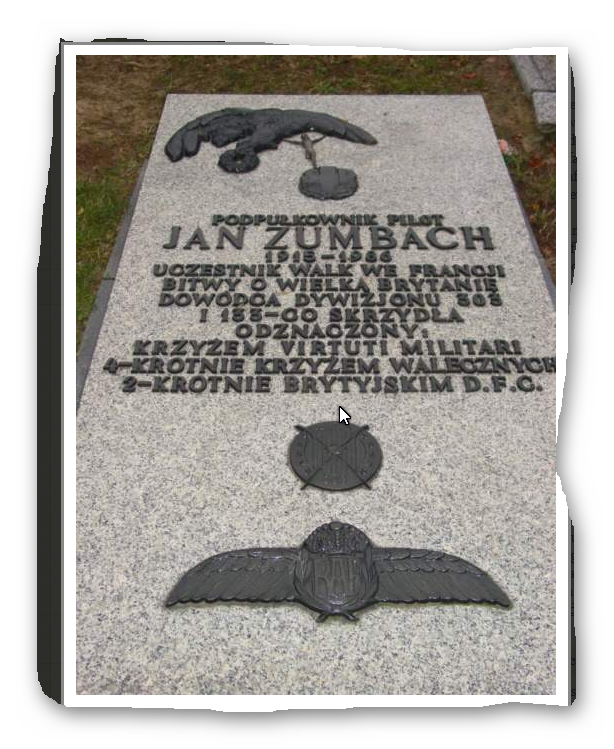 His father had Swiss nationality and his mother was Polish but Zumbach was registered as a Swiss citizen and he retained a Swiss passport throughout his life. Because of this he could have avoided military service but he did not do so and served in the Polish Army infantry from 1934 until 1936. He then enlisted in the Polish Air Force and qualified as a pilot on 2nd November 1938. His first posting was to 111 Squadron.

When Poland was invaded Zumbach was recovering from a flying accident. In mid-September he escaped by air to Romania, then to the Bulgarian port of Baltchik. With 299 other men he got on a ship bound for Beirut and arrived there on 21st October 1939. After three days Zumbach sailed for Marseilles.

He enlisted in l'Armee de l'Air and was posted to GC I/145 at Lyon-Bron but he saw little action. The unit retreated to Villacoublay and Zumbach went from there to Bordeaux, sailing in the Polish collier Kmicic II on 18th June 1940.

He was landed at Plymouth and sent on to the Polish Depot at Blackpool.

He was awarded a Bar to the KW (gazetted 10th September 1941) and the DFC (gazetted 30th October 1941). On 4th December Zumbach was posted to 58 OTU Grangemouth as an instructor.

On 23rd March 1942 he was promoted and rejoined 303 at Northolt as a Flight Commander. He probably destroyed a Fw190 on 27th April.

He was posted to HQ 9 Group Preston on 1st December 1942 as Polish Liaison Officer.

Zumbach had acquired the nickname 'Donald Duck' for reasons currently unknown and his Spitfires carried a large illustration of DD forward of the cockpit.

On 15th April 1943 Zumbach was appointed Wing Leader of the Polish Wing at Kirton-in-Lindsey. Later in the year he went on a course to the Polish Staff College, after which he went to Coltishall to resume leading the Wing. He probably destroyed a Fw190 on 25th September 1944 over Arnhem.

Zumbach was posted to HQ 84 Group on 30th January 1945 as an operations officer.

While on a tour of 84 Group units in Holland on 7th April 1945 he was flying with F/Lt. T W Kawalecki in two Austers. The aircraft became lost and landed in German-held territory, both men being taken prisoner. They were released when the Germans surrendered on 6th May. There is a well-researched account of this incident at:

He was released from the Polish Air Force in October 1946.

Zumbach was able to use his Swiss passport to move around a chaotic postwar Europe and the Middle East, engaged in smuggling and arms dealing. He became a mercenary in January 1962 when he was paid to organise and run a rebel air force for the Congolese breakaway state of Katanga.

When a similar situation arose in 1967, with the Nigerian state of Biafra breaking away, he set up another force and took part himself, flying a B-26 Invader.

He retired to France in 1967 and died there on 3rd January 1986. Because of his activities his friends were convinced that he had been murdered but no charges were made.

His ashes were transported to Poland and deposited at the Powazki Military Cemetery in Warsaw.