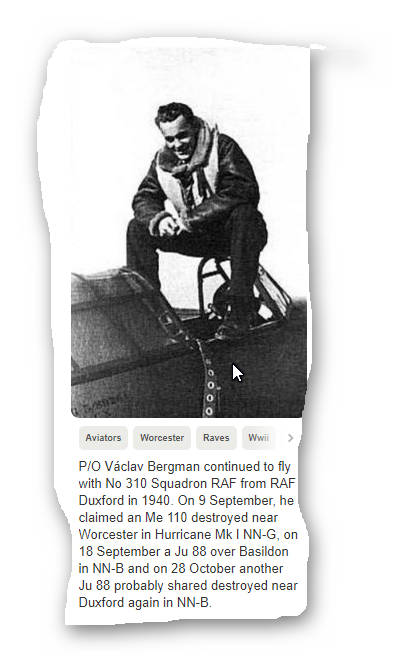 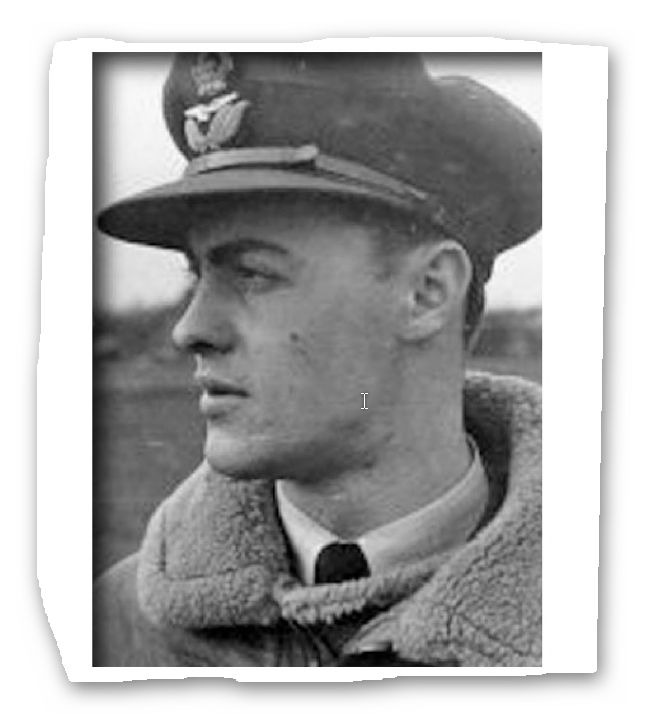 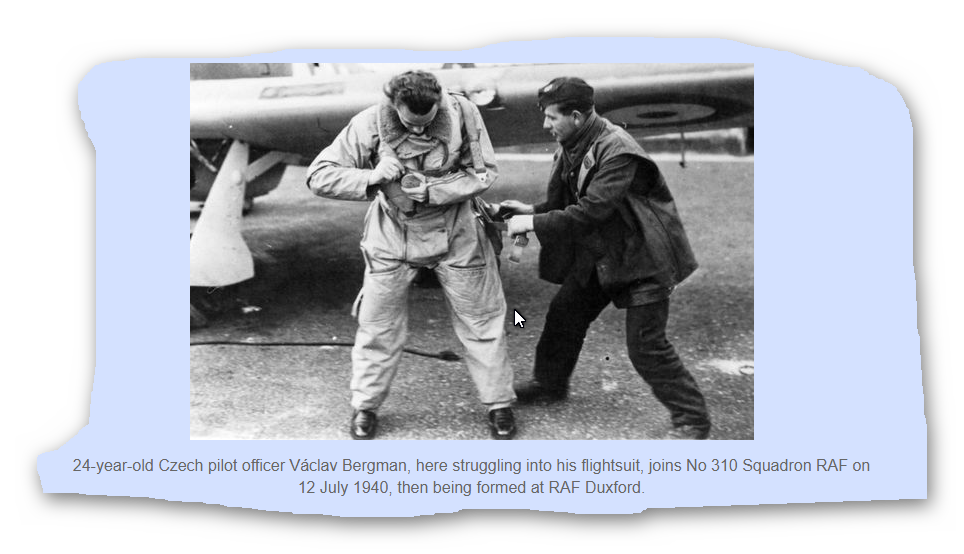 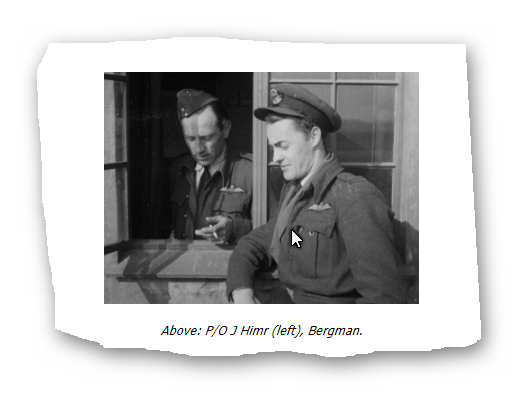 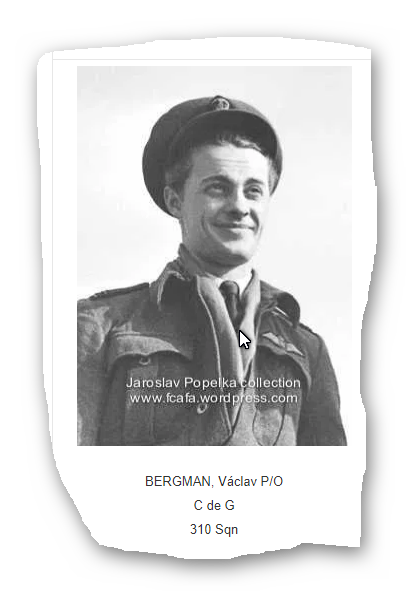 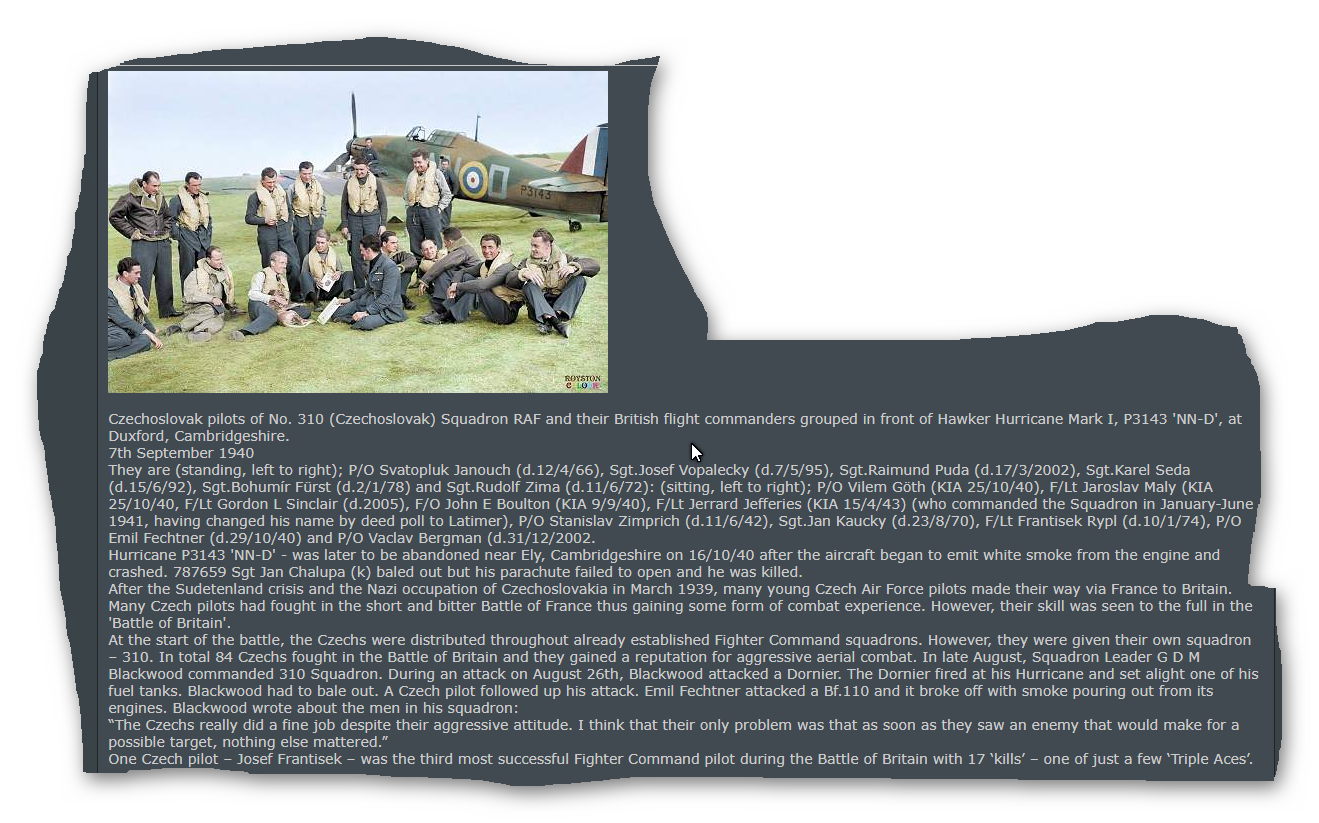 < = expand >
Vaclav Bergman was born on 27th August 1915 at Domousice in the Louny district of Czechoslovakia. He was educated at Rakovnik Grammar School and joined the Czech Air Force in 1935.

On 3rd June 1938 he joined the 4th Air Regiment at Prague/Kbely. After the German occupation in March 1939 Bergman was demobilised and went to work for the Avia Aircraft Company. On 17th June he fled to Poland and reached France in July, prepared to enlist in the Foreign Legion.

After the outbreak of war, Bergman joined l'Armee de l'Air, retrained on the MS406 and was posted to the defence flight at Chartres airfield. When France capitulated Bergman sailed on 17th June from Bordeaux in the MS Karanan, landing in Falmouth two days later.

He was commissioned in the RAFVR and on 12th July 1940 he joined 310 Squadron, then being formed at Duxford. The squadron became operational on 18th August.

Bergman was shot down on the 26th, attacking Do17's over Clacton. He baled out, slightly wounded. His Hurricane, P3960, crashed and burned out at Rumbolds Farm, Goldsands, Southminster.

In September Bergman destroyed a Me110 on the 9th and shared a Ju88 on the 18th. He shared in probably destroying a Ju88 on 28th October.

On 1st January 1943 Bergman joined 313 Squadron at Churchstanton as 'B' Flight Commander. In September 1943 he was posted to the Czech Air Force HQ in London.

In February 1945 Bergman was sent for a course to the War College at Fort Leavenworth, Kansas, USA after which he returned to London in June and went to the RAF Staff College at Gerrards Cross.

Bergman returned to Czechoslovakia in February 1946 and was given command of the 2nd Air Regiment (Fighter) at Ceske Budejovice.

He joined the Staff of the Czech Air Force on 15th April but was purged after the Communist coup in 1948. In September 1948 Bergman fled again to England and rejoined the RAF. He retrained as a flying boat pilot and joined 209 Squadron at Seletar, Singapore, flying Sunderlands.

He was serving in the Aircraft Control Branch when he retired on 30th April 1969 as a Squadron Leader.