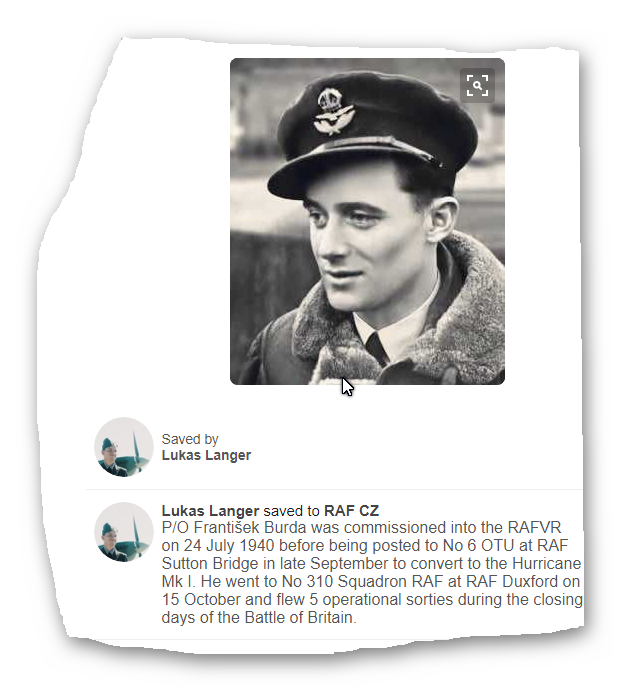 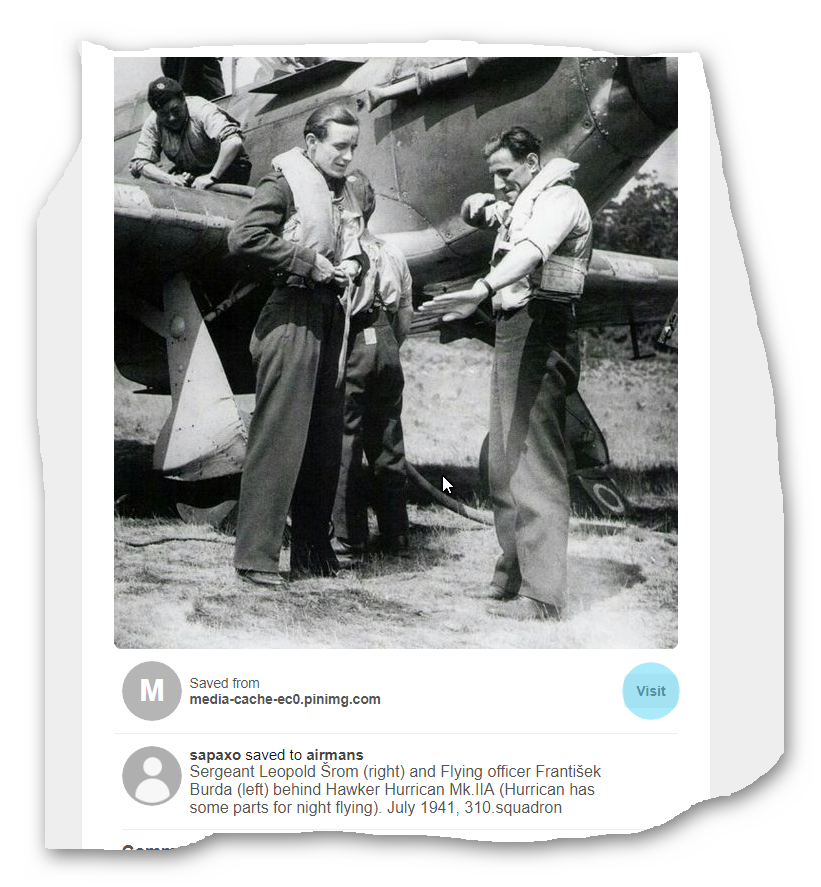 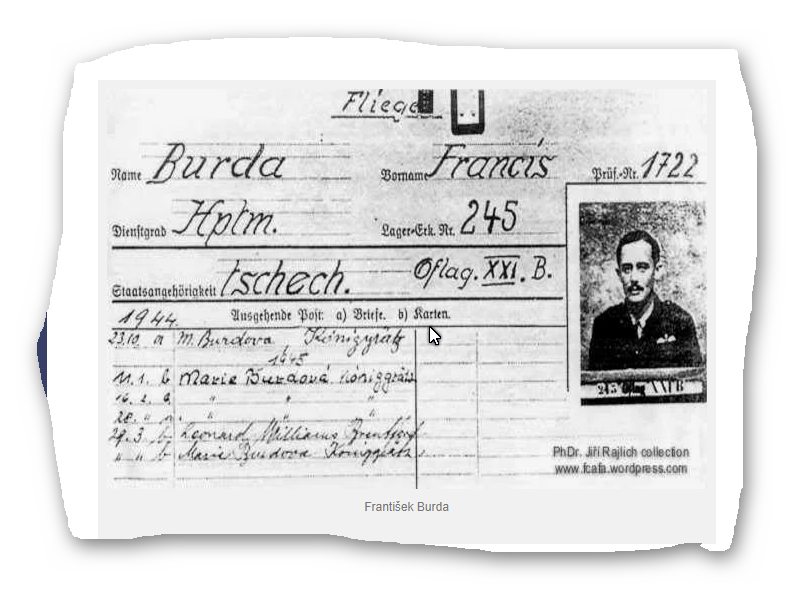 < = expand >
Frantisek Burda was born on 21st January 1915 in Osicky, east of Prague, Czechoslovakia. On 1st October 1935 he enrolled in the Military Aviation Academy at Prostejov for military service where he did his basic training and was trained to be an aerial-observer.

In June 1936 he was assigned to the 1st Air Regiment at Prague-Kbely. He remained in the Air Force after the compulsory period and on 1st October 1936 he was posted for further training to the Military Academy at Hranic. In October 1937 he commenced pilot training at Prostejov and in June 1938 was posted to the 40th Squadron of the 4th Air Regiment.

When the Germans occupied Czechoslovakia in March 1939 his unit was demobilised. In June he travelled to Ostrave and helped by the underground movement was smuggled on to a freight train which took him to Poland.

He reported to the Czechoslovak Consulate in Krakow and was sent to a transit camp at Maly Bronowice. In late July, along with other Czech airmen, he travelled to Gydnia, Poland and boarded the Kastelholm which took him to France, arriving on 24th August 1939.

In France he was required to enlist in the French Foreign Legion but if war was declared he would be transferred to the French Air Force. On 9th October 1939 he was posted to the Chartres depot for retraining on French equipment. On 27th May 1940 he was posted to GC I/4, operating the Curtiss H-75. During the Battle of France he made his first sortie on 3rd June and destroyed a Me109 on the 5th. He had to make a forced landing following this success due to shortage of fuel.

With the rapid advance of the German forces, CG I/4 was constantly retreating south through France and eventually was forced to fly to Oran, Algeria. The Czech airmen on the unit were released from service and they travelled to Casablanca where they boarded a ship bound for Gibraltar. Here they changed ships and sailed to England, arriving in Liverpool on 16th July.

On 24th July Burda was commissioned into the RAFVR and in late September was posted to 6 OTU at Sutton Bridge to convert to Hurricanes. He was posted to 310 Squadron at Duxford on 15th October and flew five sorties during the closing days of the Battle of Britain.

He completed his first operational tour on 20th August 1941 and was posted to an air-gunnery instructors course at 8 OTU at Sutton Bridge and a VHF Blind Approach Course at West Malling. He returned to 310 Squadron on 9th October 1942 and was appointed commander of 'B' Flight in the next month.

On 27th February 1943 he was escorting US Liberator bombers on an air raid on Brest when he was shot down in Spitfire Vb RP287 by flak near the island of Vierge. He baled out and landed safely but was captured and spent the remainder of the war as a PoW. He was held in a number of different prison camps, Schubin, Stalag Luft II and Barth before finishing up at Colditz from where he was liberated by the Americans on 16th April 1945. PoW Number 245.

Following the communist takeover in February 1948 Burda purged, demoted to the rank of Private and dismissed from the air force. He was then only permitted to do menial work in an engineering company until his retirement.